Zizzi’s most popular vegan dishes are now available at Tesco

Popular Italian restaurant Zizzi has just announced not just one, but three new vegan dishes will be joining its exclusive product range currently in Tesco supermarkets.

The three new vegan dishes joining the lineup include a vegan jackfruit pepperoni pizza, a vegan rainbow lasagne, and a vegan praline brownie.

Zizzi was the first high-street restaurant to offer a vegan pepperoni pizza, and was awarded Best Pizza in PETA’s 2016 Vegan Food Awards after it proved a hit with customers.

Now Tesco shoppers can enjoy the spicy vegan jackfruit pizza at home as it makes its debut at the store.

Joining the jackfruit pizza is the new vegan lasagne which delivers an edible array of colours. This dish proved to be such a hit with customers at the restaurant that it was added to the menu permanently shortly after its launch.

And lastly, the brownie is that rich sweet treat to finish your meal with and will surely appeal to any chocolate fans.

Zizzi currently offers 13 dishes in its retail range at Tesco, but these dishes are the first vegan options to join the dine-at-home range.

Zizzi launched its range in Tesco in March this year, extending its restaurant quality food to those who wish to dine in at home.

Marketing Director at Zizzi, Rachel Hendry, told Vegan Food & Living: “At Zizzi, we are really proud of our plant-based and flexitarian offering, the three delicious vegan dishes we’ve developed suit all taste buds and we can’t wait for our loyal fanbase as well as new customers to taste and enjoy.” 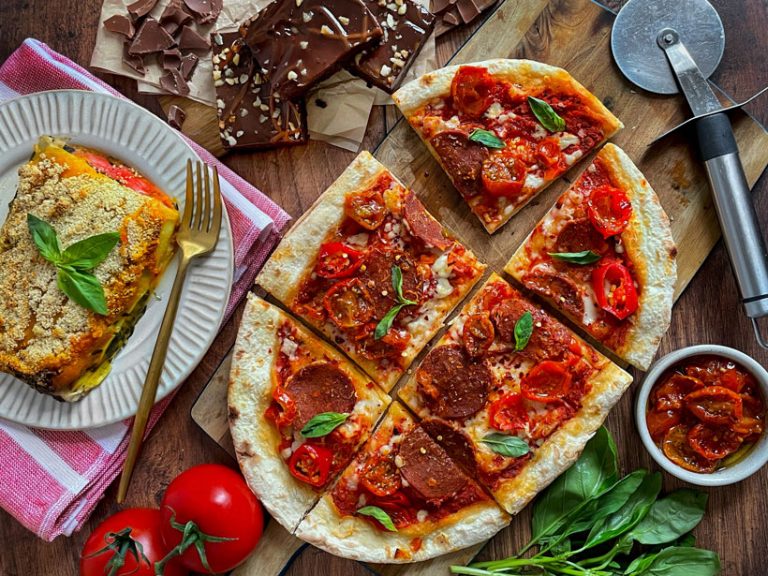 Although many believe Italian cuisine is difficult to veganise, it’s simple to adapt classic dishes to suit a plant-based diet.

With vegan pasta dishes and vegan pizzas being so easy to make both dairy and meat-free, there’s plenty of room to adapt more dishes into plant-based versions.

Italian restaurants such as ASK Italia, Bella Italia, and Jamie’s Italian have all made vegan adaptations to their individual menus.

It’s an everyday staple that’s perfect for a quick dinner, but have you ever wondered: is pasta vegan?