A new vegan-friendly set menu has rolled out across the UK in all YO! Sushi venues.

The chain has released more vegan options, as well as a set menu for two featuring seven courses.

The fish-free and vegan Sakura set menu includes many plant-based dishes ranging from starters and side dishes to extravagant sushi.

With the set menu priced at £25 designed for two, it certainly makes for a great meal that can offer a wide variety of textures and tastes! 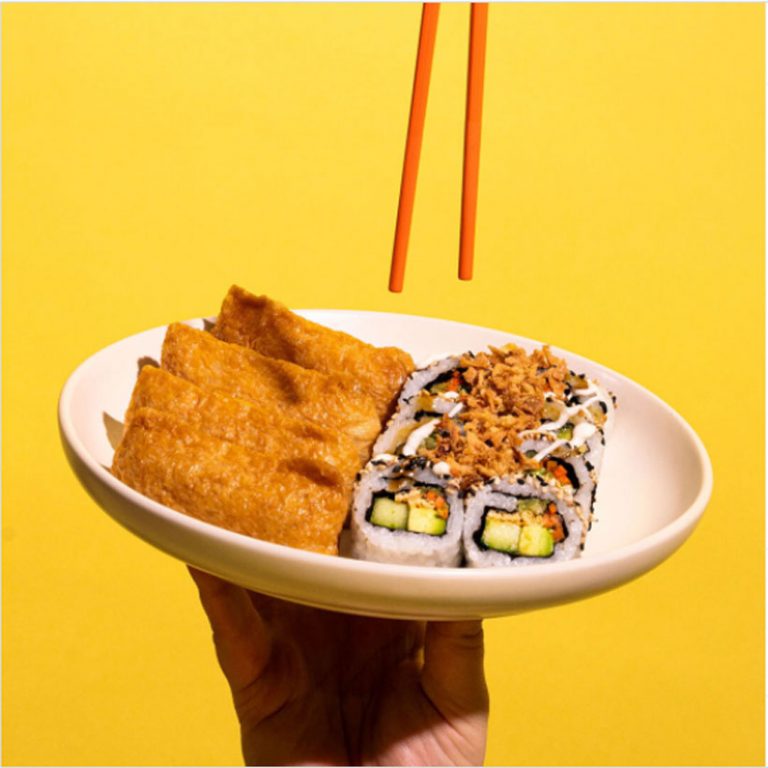 Vegan-friendly sushi from YO! Sushi! Credit: YO! Sushi Instagram

What else is on the vegan menu at YO! Sushi?

Known for its interactive conveyor belt service and vibrant atmospheric restaurants, YO! Sushi has been a popular sushi venue in the UK and has venues nationwide.

YO! Sushi has been able to cater for vegans over the years, and in 2015 it won the Best Vegan Curry category at the PETA Vegan Food Awards.

Vegetable sushi has always been a staple dish, but it is wonderful to see how new alternative meats are being introduced to these traditionally animal-based dishes.

YO! Sushi’s vegan menu now contains a massive range of 27 dishes in total!

Included are several sushi roll plates, noodle dishes, ramen, and curry bowls! There is most certainly something for everyone.

Fans of the service will undoubtedly be excited at the expansion of the vegan menu.

Undoubtedly the awareness of how damaging the industrial fishing industry can be, and the overall popularity of veganism, has amplified the growing demand for more plant-based options from all high-street restaurants.

With more fish meat replacements being developed, it’s an evolutionary act to see how these dishes will continue to develop.

Want to challenge your rolling skills? Learn how to make your own Vegan ‘Tuna’ Onigirazu Sushi Sandwich!