The world’s first all-vegan luxury menswear store, Brave GentleMan, is celebrating its grand opening in Brooklyn this week with a party thrown by PETA. 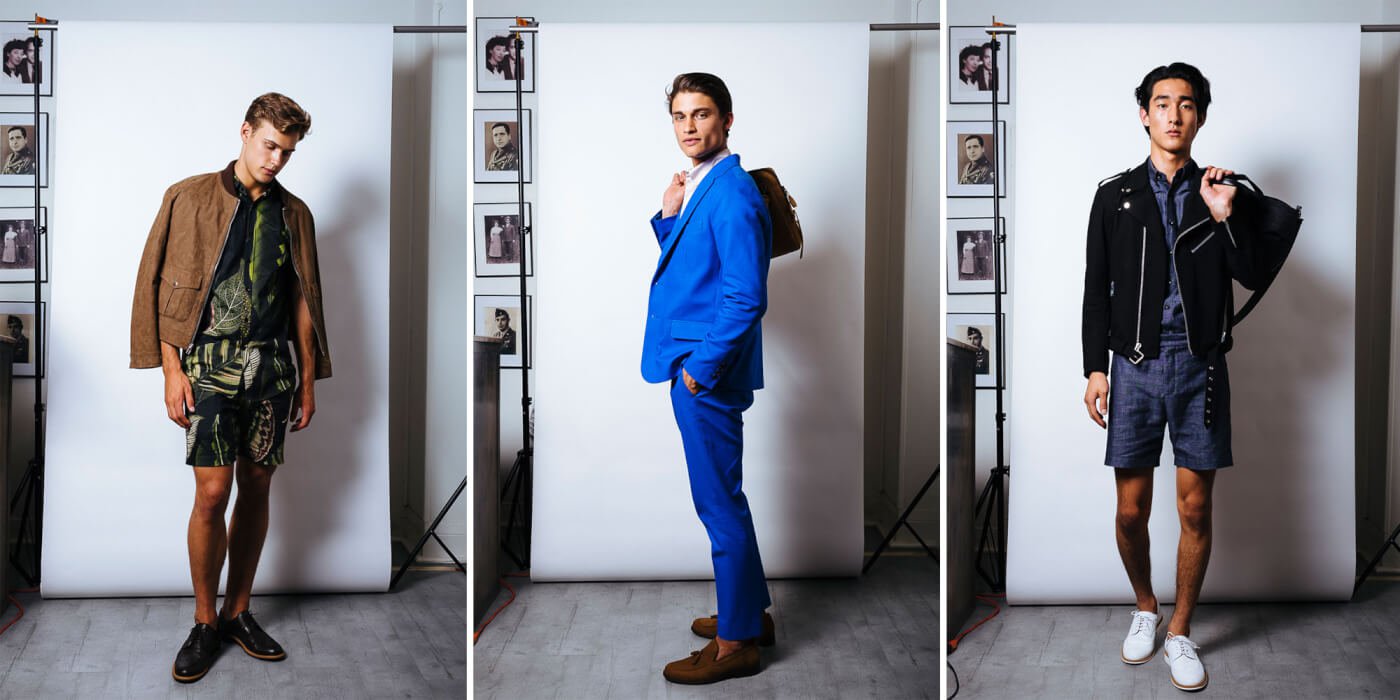 Brave GentleMan, the world’s first all-vegan luxury menswear store is celebrating its grand opening in Brooklyn this week. Founder and Creative Director Joshua Katcher unveiled his Spring/Summer 2018 collection, which includes stylish shoes and belts made of “future-leather” and suits made of “future-wool”—as previously sported by Benedict Cumberbatch on the cover of British GQ.

At the event, Katcher debuted one of his PETA video in which he shows how these new materials improve on fashion made of animal skin for both sustainability and wearability. His Spring/Summer 2018 collection will feature innovative looks using high-tech Italian microfiber, digital printed dyes, and organic cotton and linen.

“I think about the conditions that animals are in for the fashion industry—it just breaks my heart,” says Katcher in one of the videos, which incorporates footage from PETA eyewitness exposés of the fur, leather, and wool industries. “We live in a culture where masculinity often [is equated] with brutality … when, in fact, it takes great strength and great knowledge and great control to be gentle.” 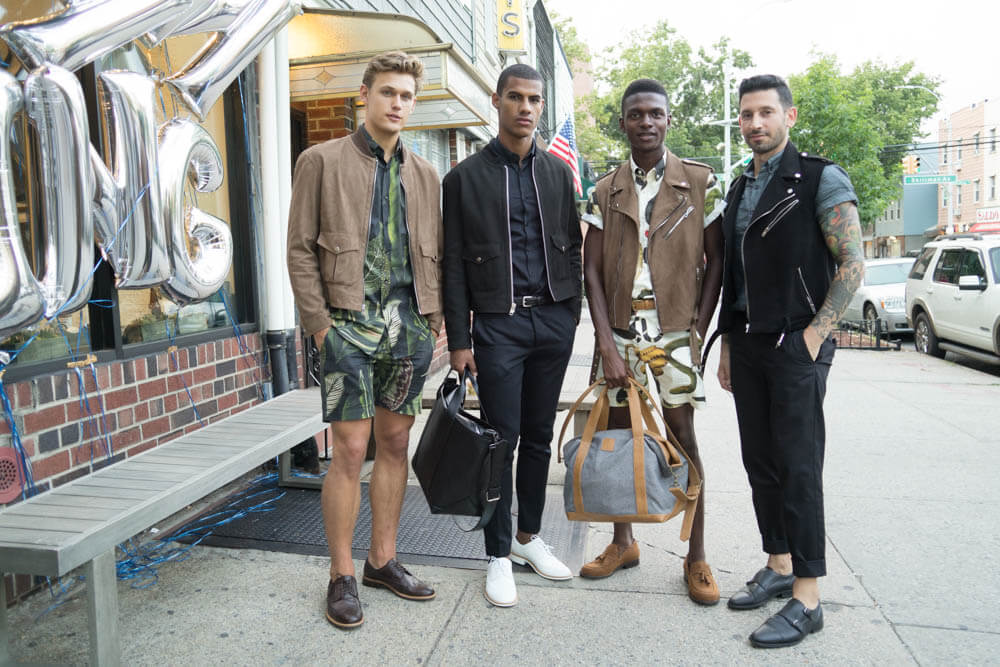 Brave GentleMan, last year’s winner of PETA U.K.’s Menswear Fashion Awards, calls itself “disruptive menswear,” but this particular brand of rebellion is the compassionate kind. The vegan clothing line—famous for its classic suits, outerwear, and dress shoes—specialises in high-end pieces made from organic, recycled, and 100 percent vegan materials from fair-trade sources.

Katcher—the mastermind behind not only Brave GentleMan but also the popular Discerning Brute blog—embraces a slow-fashion production model, in which every step of the process is considered for its impact on animals and the environment. His clothing company has experienced rapid and exciting growth, having hosted a soft opening for its Brooklyn storefront last December—proving that cruelty-free, vegan wearables are the future of fashion. 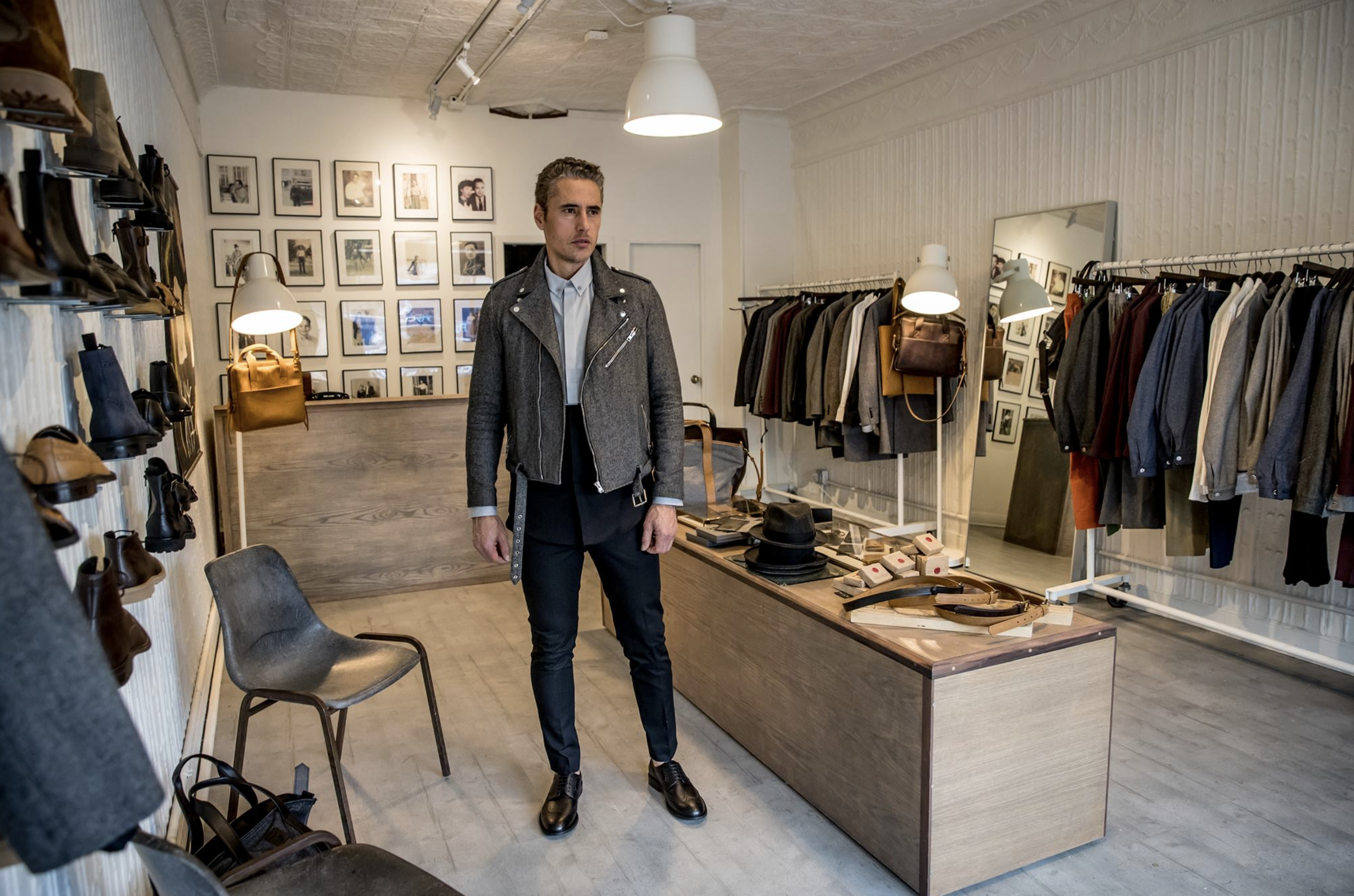 Not near Brooklyn? Not a problem!

Perusing Brave GentleMan’s eco-friendly line is as easy as vegan pie—the only difficult part will be choosing which gorgeous pieces to purchase. Visit the website to shop for footwear, suits, outerwear, accessories, and more.