Actor Woody Harrelson said he is impressed by the brand's founders Derek and Chad Sarno, as well as the food itself

Vegan celebrity Woody Harrelson is among the investors who injected $20 million into the vegan Wicked Kitchen range in a recent funding round.

According to the brand, it has enjoyed ‘unprecedented growth’ with its line of plant-based products, more than tripling its year-on-year sales growth.

Wicked Kitchen, which was founded by chefs and brothers Chad Sarno and Derek Sarno, will use the major cash injection to ‘further ramp up global brand awareness initiatives and expand retail distribution and other channels to include food service’.

The company says it is ‘on a mission to improve the lives of humans and animals by inspiring the world to eat more plants’.

In a statement, Woody Harrelson praised the Sarno brothers for making tasty products that offer an alternative to animal-based foods.

He said: “I have known Chad and Derek for many years and have been impressed by their wicked creativity in the kitchen and that they are not afraid to push the boundaries.

“What I love about this brand is that the products are actually created by chefs that always put flavor first, making it so easy to go plant-based.” 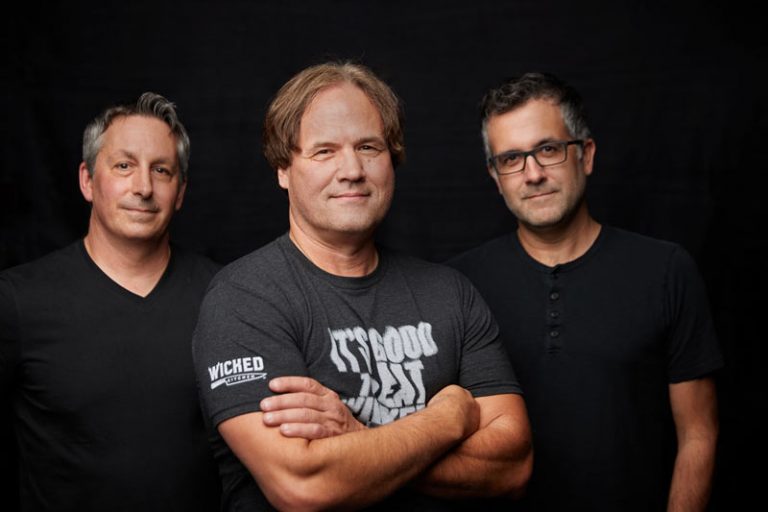 The team behind Wicked Kitchen, including the founding brothers Chad and Derek Sarno

Pete Speranza, CEO of Wicked Kitchen, added: “During this high growth phase, it is validating to have support from additional investors who believe in our mission and in the future of plant-based foods.

“This latest round of funding will help us go faster to expand our offerings in the U.S. and abroad and it puts us in a well-poised position as we continue to lead plant-based innovations with flavor-forward products that appeal to vegans and omnivores alike.”

He continued: “Looking over the plant-based landscape, Wicked Kitchen stands out in the crowd not only because of our tremendous growth but also because of our variety across various supermarket departments.

“The fact that retailers are picking up multiple SKUs and some are even dedicating entire frozen door sets for our products is a testimony that they want to present customers with a variety of options under a single flavor-forward, plant-based brand that has broader appeal.”

Interested in the brains behind the brand? You can meet the chef behind Tesco’s Wicked Kitchen vegan range in our interview with co-founder Derek Sarno