Tesco’s Wicked Kitchen range has been expanding in recent months to include more sweet treats, including a brand new range of vegan cream tubs in tempting flavours.

The range launched in November with three classic flavours including Mint Chocolate Chip, Chocolate and Vanilla, priced at an affordable £2 per tub.

Now the Wicked Kitchen team has decided to take things to the next level with the introduction of three brand new vegan flavours – Vegan Birthday Cake, Cookie Dough and Chai Latte!

Whether it’s your birthday or not, you can now treat yourself to a tub of Wicked Kitchen’s vegan Birthday Cake ice cream with vegan cake pieces and a flurry of rainbow-coloured sprinkles.

Launching in early April, the third flavour making up the exciting new trio is Chai Latte Ice Dream. To create the first-to-market flavour, Wicked Kitchen has infused the dairy-free treat with the flavours of the coffee-shop favourite drink with aromatic flavours of cinnamon, ginger, and tea, finished with crumbly caramelised biscuit pieces.

The 500ml tubs are priced at £2.50 making them a great wallet-friendly alternative to other comparable luxury vegan ice creams available in UK supermarkets. 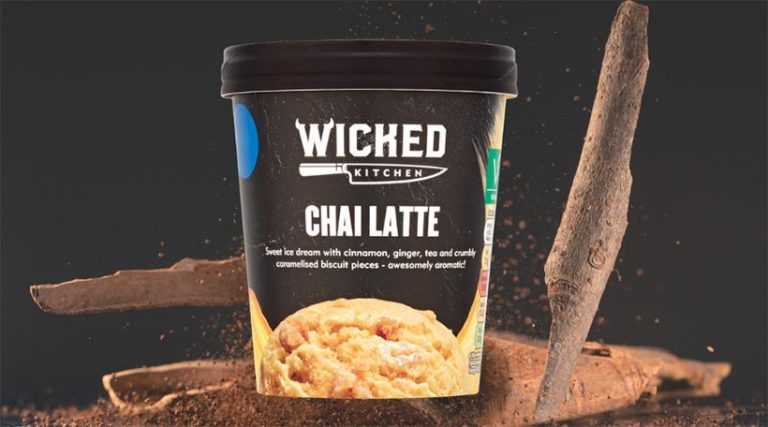 “We launched our core ice ‘dream’ flavours of Vanilla, Chocolate and Mint Chocolate Chip in October 2020, selling over 100,000+ tubs to date and providing dessert lovers with a delicious treat”, he commented

“We’re really excited to be expanding the range to include an even wider variety of flavour combinations that are aimed to please and delight our taste buds without the use of animals.”

Vegan product page Accidentally Vegan UK shared the news on Instagram, much to the delight of dairy-free ice cream fans.

One excited commenter wrote: “Omg definitely need that birthday cake flavour in my life! Hope they get brought to Ireland soon.”

Another said that they had already tried the new flavours, exclaiming: “Birthday cake is lush!! I had to stop myself from eating the full tub!!”

Both the Birthday Cake and Cookie Dough tubs are rolling out to stores this week, so get your ice cream scoops ready… unless you’re planning on devouring an entire tub with a spoon in one sitting like we are!