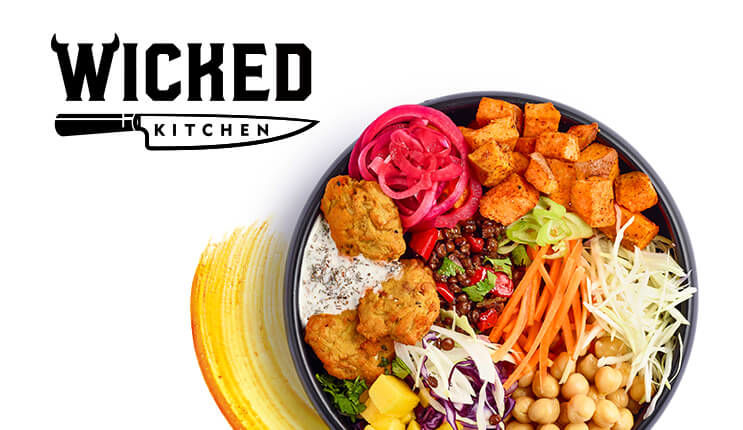 Run by brothers and chefs Derek and Chad Sarno, the range aimed to encourage meat-eaters to eat more plant-based foods. It was launched in 600 Tesco stores in January this year, and made headlines for selling 2.5 million units in its first 20 weeks.

By August, Wicked Kitchen had sold 4 million meals at Tesco, where Derek Sarno is Director of Plant-Based Innovation.

In a press release, he said: ‘It’s been a huge year for Wicked Kitchen, and we are so frickin’ grateful to everyone who has supported the launch, have made compassionate and mindful food choices, and shared how much they have enjoyed Wicked Kitchen. And we’re super grateful to PETA for naming us the Best Vegan Range. That’s awesome. And it’s only the beginning for Wicked Kitchen. Big news is on its way.’

Check out our interview with Derek Sarno here and find out more about Wicked Kitchen here.