The acclaimed vegan chef is the mastermind behind Wicked Kitchen and Plant Chef – two brands which bolstered the accessibility of plant-based meat for the supermarket chain.

During Sarno’s time at Tesco, the retailer committed to increasing plant-based food sales by a staggering 300 percent by 2025.

It also peddled visibility of meat alternatives by placing them in the same aisle as their animal counterparts and vowed to invest in plant-based foods to reduce their cost.

Bringing plant-based ‘into the mainstream’

“Offering delicious, affordable plant-based food is incredibly important to us as we continue to inspire customers to eat more veg, and try alternatives to meat and other proteins,” Tesco’s Sarah Bradbury said in a statement.

“Derek has been a central part of our drive to bring plant-based into the mainstream, and it’s no surprise the category at Tesco has gone from strength to strength under his leadership.

“He’s done a fantastic job and I’d like to thank him for all his hard work. We all wish him well for the future.” 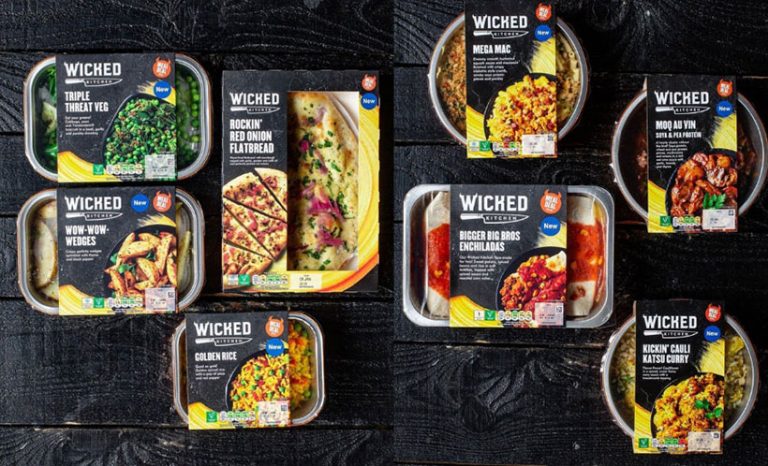 Sarno helped to increase plant-based food sales by 300% during his time as Tesco, releasing both the Wicked Kitchen and Plant Chef brands. Image credit: Wicked Kitchen

What’s next for Derek Sarno?

Confirming his departure on LinkedIn, Sarno described the move as ‘the end of an era and beginning of a new chapter’.

“As I step away from my role at Tesco, I want to send a HUGE thank you to the Tesco teams and my amazing colleagues and new friends!”, he wrote.

“A very heartfelt thank you to our supplier partners who helped set the benchmark for plant-based food in the UK. Your continued partnership, dedication and hard work are the driving force behind all of our successes.

“I am excited for what’s next and will always look back on my time at Tesco with fond memories.”

Speaking to the Grocer about his future endeavours, Sarno said he plans to “have a rest and then double down and continue creating foods and content for the Wicked Kitchen YouTube, so we can keep helping people cook and eat more plants”.

He added: “I have loads of ideas I want to bring to life. I’m open to opportunities as well.

“And, of course, [I] will continue to work with mushrooms and mushroom growers. Working with Smithy Mushrooms here in the UK has been a highlight.”

In need of a last-minute present or just fancy treating yourself? Give a special gift with these vegan hampers.