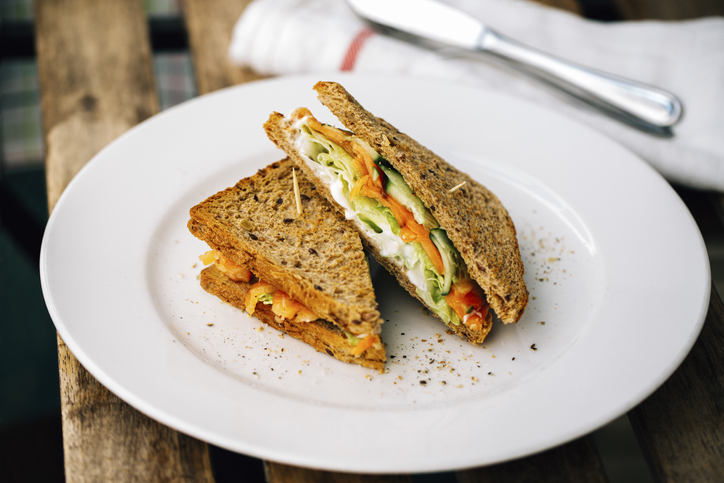 Last year, Waitrose supermarket became the first supermarket in the UK to add a dedicated vegan section in 125 stores nationwide due to rising demand.

Searches for the word ‘vegan’ on Waitrose.com has also doubled in the last year, something the retailer is keen to take advantage of with the release of tempting new products such as its latest offering – a vegan mock-salmon sandwich. 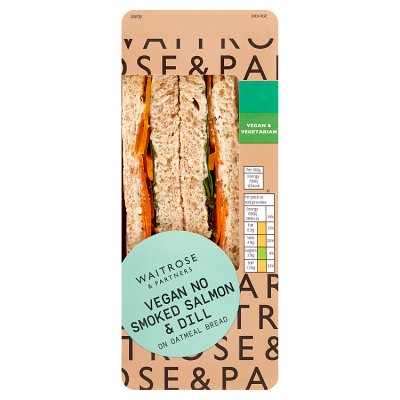 Taking inspiration from Morrisons who recently released a vegan BLT-inspired sandwich with smoked carrot in place of bacon, the Vegan No Smoked Salmon & Dill sandwich (£2.80) features smoked and marinated carrot with lemon and dill, creamy vegan spread and mayonnaise with spinach leaves in sliced oatmeal bread. The sandwich is available to purchase in stores now for the introductory price of £2.24.

The supermarket has also recently released details of its impressive range of brand new vegan products launching this festive season to ensure everyone has a delicious Christmas. Customers can treat themselves to a selection of festive fare such as beet wellingtons, a meat-free sausage ring, pastry parcels and cranberry bangers.