Last year wagamama launched the world’s first vegan egg to critical acclaim, and this year they wanted to follow this up with another iconic vegan offering. Wagamama’s brand new vegan dish, watermelon tuna, will be featured during Veganuary to showcase the wagamama vegan menu.

The vegan ‘tuna’ is made with dehydrated watermelon, which is then sliced, seared and served hot. Surprisingly, the look and texture of the dish is incredibly similar to tuna sashimi, although the flavour remains reminiscent of watermelon.

The ‘tuna’ is dressed with a miso sesame sauce and sits on a bed of white rice, which is dressed with soy seasoning and accompanied with pickled radish, kale and tenderstem broccoli and an avocado, edamame and tofu guacamole. 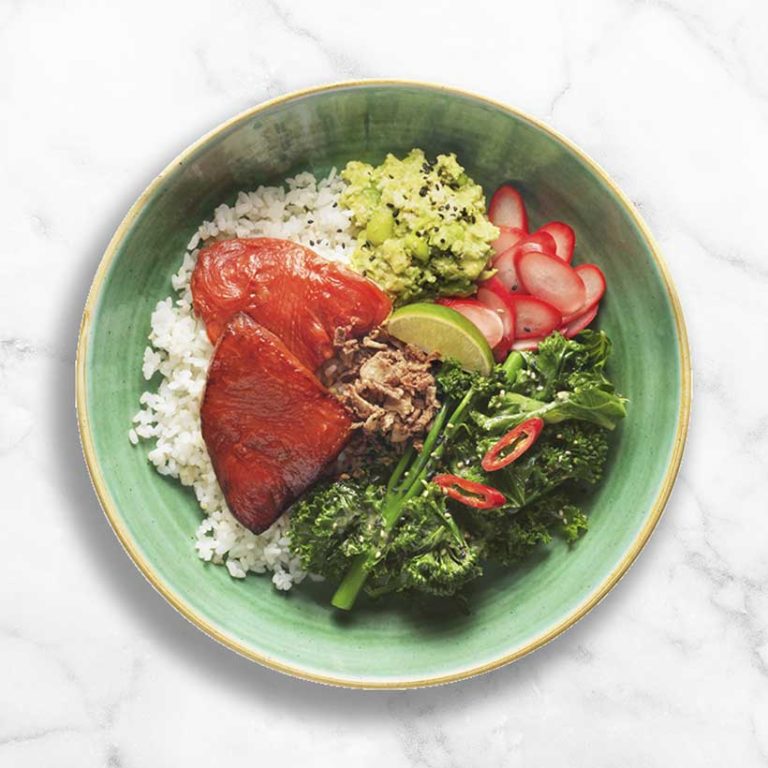 Speaking to Vegan Food & Living, Executive chef Steve Mangleshot said: “The watermelon tuna dish is all about innovation and creating exceptional vegan food for our guests. The joy of being able to produce really cool food that is both vegan and tastes fantastic at the same time is what it’s all about. Putting this on the menu for Veganuary gives us the opportunity to show off a great vegan dish alongside our ever-expanding vegan offerings.”

Veganuary spokesperson Zoe West added: “Veganuary is creating a new wave of consumers with strong ethics and a big appetite! This is a real opportunity for businesses to improve and expand their vegan offerings for the growing climate-conscious audience.

“We’re delighted that Wagamama has risen to this challenge – helping people to live more lightly on the earth while still eating food they love – we can’t wait to try their new Suika Tuna dish!”