For those who are both gluten-free and vegan but want to indulge in a tipple this summer look no further than Wadworth’s award-winning gluten-free beer as it is now suitable for vegans! 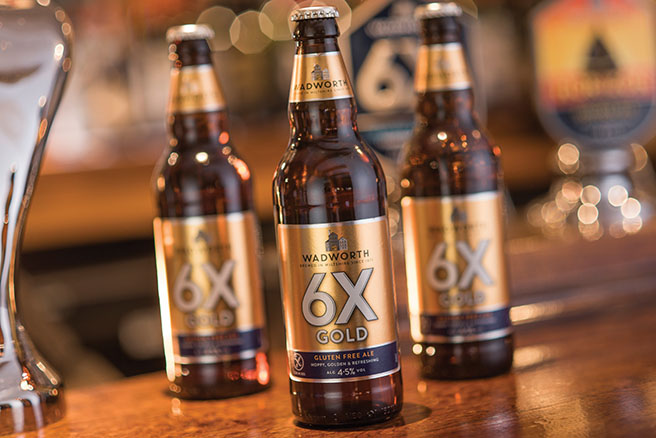 For those who avoid both gluten and animal products in their diets, finding the perfect summer tipple can be difficult. Thankfully independent brewery Wadworth have just reformulated the recipe of their award-winning gluten-free 6X Gold beer to ensure it is suitable for vegans.

To make the beer vegan, the isinglass finings were replaced by a silicate and polysaccharide finings agent in the brewing process. The beer takes 6 weeks to create and is specially bottled to retain its gluten-free and vegan status. It is a hoppy and refreshing ale with sweet malt and spicy notes.

6X Gold is certified by Coeliac UK and is traditionally brewed by Wadworth, the independent family brewer based in Devizes, Wiltshire. This means it’s perfect for those with coeliac disease who are unable to tolerate even minute amounts of gluten.

The award-winning beer is establishing itself as a favourite beer with both golden ale and gluten-free beer fans.  It recently reached the finals of the Free From Pub and Bar awards and received a bronze at the International Beer Challenge 2017.

“6X Gold is extremely popular with drinkers who like beer and also those that need to choose a gluten-free diet.  What became very apparent in our discussions with customers is that there is a real demand for vegan products too.  We set about changing the brewing process so that this award-winning beer is vegan also”.

The new vegan and gluten-free 6X Gold can be bought online at www.wadworth.co.uk or from some Tesco stores in the South West of England.