The brand has incorporated Violife into its vegan cheesecakes, which include Double Chocolate Cookies and Cream flavour as well as Smooth Vanilla with Lotus Biscoff, and its newly launched Salted Caramel Cheesecake Sundaes

The English Cheesecake Company has partnered with plant-based brand Violife to create what it describes as ‘next-level’ plant-based desserts including vegan cheesecakes and sundaes.

Additionally, they have added a new variety of dessert to the line-up: Salted Caramel Cheesecake Sundaes.

The Double Chocolate Cookies & Cream Cheesecake and Smooth Vanilla Cheesecake with Lotus Biscoff retail at £3.75 for a twin slice pack and are available online and in-store in Sainsbury’s now.

Meanwhile, the Salted Caramel Cheesecake Sundaes, which are also available from Sainsbury’s, cost £3.75 for two 90g pots. Vegan supermarket desserts have suddenly got much better. 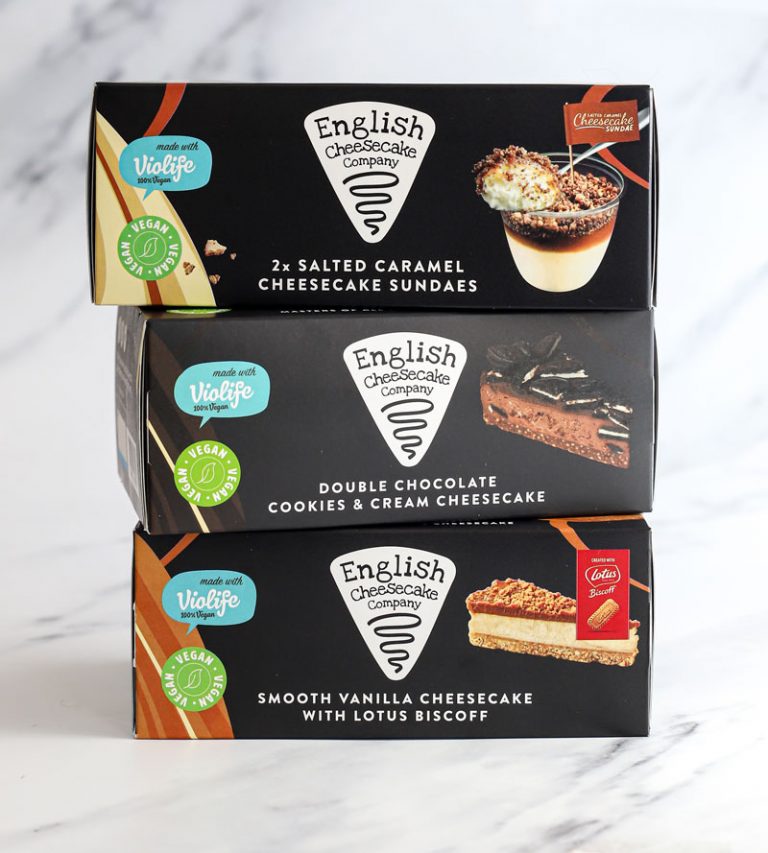 According to the two brands, the new reformulated recipes mean the plant-based range ‘is more irresistible than ever with Violife’s Creamy Original’.

In a statement sent to Vegan Food & Living, English Cheesecake Company said: “Formulated with coconut oil and enriched with vitamin B12, Violife’s smooth and creamy vegan alternative to cream cheese perfectly lends itself to English Cheesecake Company’s signature crunchy biscuit base and indulgent flavour combinations, resulting in a range of plant-based puds which don’t compromise on taste or texture.

“If you thought you could tell the difference between vegan and non-vegan cheesecake, think again!”

Why not try putting your culinary skills to the test, and make your own dairy-free puds? You can find plenty of inspiration among our 22 best vegan cheesecake recipes for vegan dessert lovers.