The soft and creamy vegan butter block promises to be as rich as its dairy alternative.

Moreover, Violife fans can grab the brand’s buttery block now at Asda for £2 and in Sainsbury’s from the 9th of August. 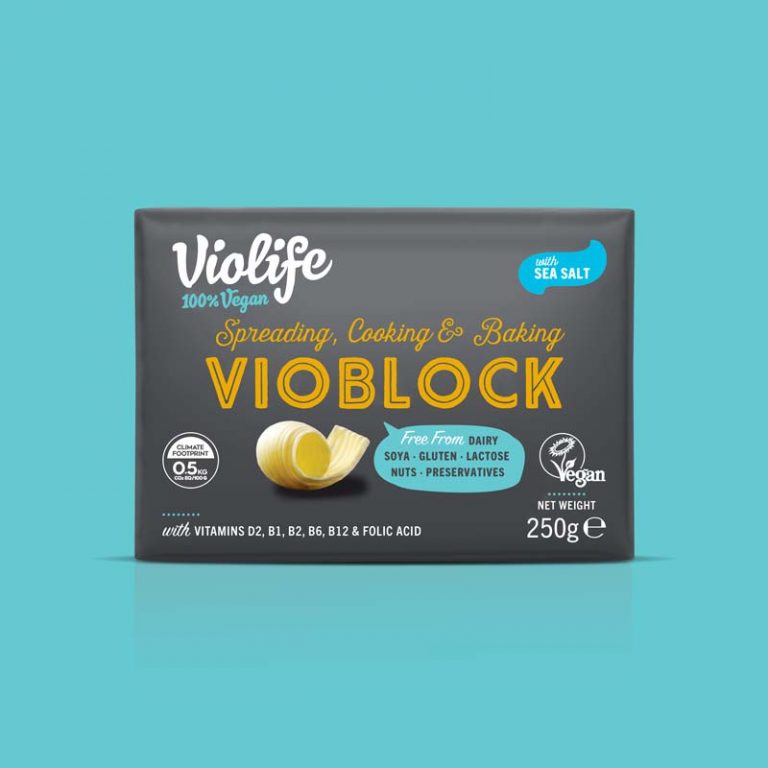 Violife’s dairy-free butter block is perfect for vegan baking, cooking or even spreading on your morning toast.

Like the rest of the Violife range, Vioblock is free from dairy, soya, gluten, lactose, nuts, and preservatives.

The dairy-free cheese brand has become a household name for both vegans and non-vegans.

Creating versatile vegan products that are accessible for all, as well as proving greater choice.

Dairy-free spreads and margarine have been widely available in UK supermarkets for some time.

However, in recent years there has been greater investment in creating authentic tasting vegan butter that is just as versatile as its dairy counterpart.

Not only is vegan butter cruelty-free, but it also has half the climate impact of dairy butter.

Flora owners Upfield have recently announced since the launch of Plant Butter its customers have saved six million tonnes of CO2 in a year.

New to vegan butter? Here’s our guide to the best vegan butter alternatives for baking, sauces, frying and more!