Vegan charity Veganuary, who encourage people to go vegan in January, has been credited with boosting the number of people in the UK choosing to follow a vegan lifestyle full-time. 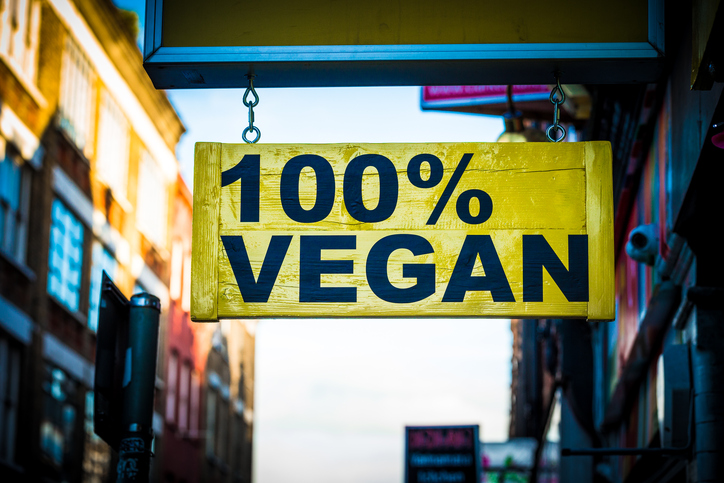 From 2006 to 2016, it’s estimated the number of vegans in the UK jumped from 150,000 to 542,000 thanks to more widely understood and easily accessible information shared by the likes of vegan charity Veganuary.

The Vegan Society says that Veganuary’s campaign of encouraging people to try going vegan for January to show them how easy making the change is, – now in its fifth year – is part of the reason for the increase.

She says that The Vegan Society membership is at an all-time high, and it’s not just people living in major cities where vegan options tend to be more accessible.

“I mean even McDonalds has a vegan burger,” she added, referring to the news that the fast-food chain recently launched a vegan burger in Finland, which may be rolled out to other countries if successful.

While Twitter has reported an 85% increase in the number of posts containing #veganlife since 2016.

“Veganism is not a trend. It’s not a fad. It’s here to stay,” says Fat Gay Vegan, a prominent vegan blogger who is at the forefront of what he describes as a “social shift”.

“You can walk down the high street and businesses are shouting ‘Hey, vegan customers come in here’. I think that shows we’ve reached that tipping point. It’s a point of no return. It’s not going to fall back,” he said.

The co-founder of Veganuary, Matthew Glover, also believes we’ve moved beyond it just being a fad.

This year, he says 78,000 people in the UK signed up to go without meat, fish, dairy and eggs for a month, and over 160,000 signed up worldwide to take part. Back in 2014, there were just 1,500 people signed up to take part, showing there has been a marked shift in the public perception of veganism.

“What is so very exciting is that 67% of people who responded to our 2017 survey told us they were still vegan six months later,” says Matthew.