Vegan friend-chicken wizards Temple of Seitan are debuting a seitan-based bacon, shaped into a cone, stuffed with fried setian “chicken”, and topped with vegan cheese sauce. What a time to be alive! 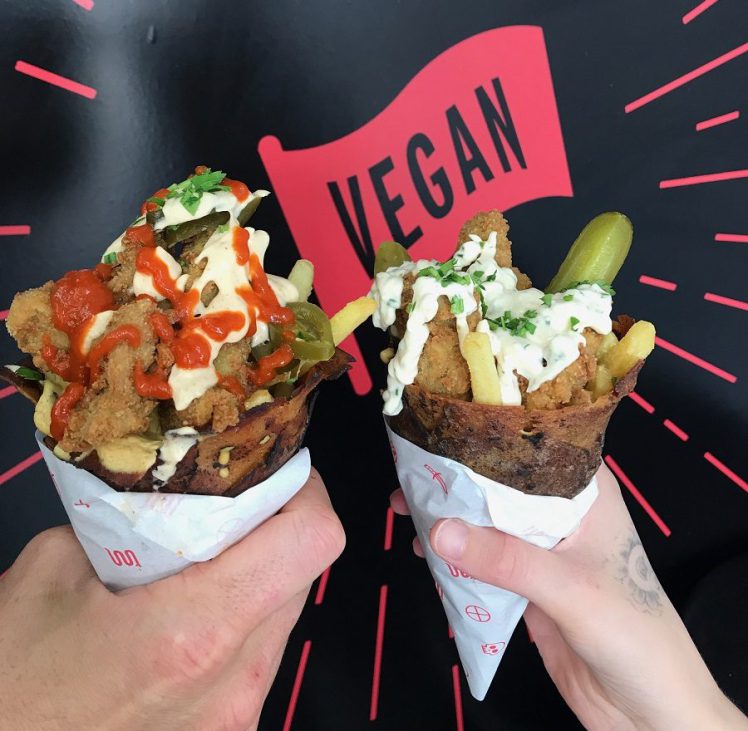 The handheld creation consists of pieces of seitan-based bacon rolled into a cone and stuffed with vegan popcorn seitan-based “chicken”, French fries, and other toppings, then smothered in lashings of melty vegan cheese sauce.

Speaking to the Metro, Temple of Seitan co-founder Pat O’ Shea said: “We’ve wanted to do a loaded fries dish for a while but didn’t want it to just be same old, same old. It’s heavily inspired by the excess of American thatched bacon dishes. However, we know that there’s no reason vegan food can’t be just as dirty and over the top. It’s a pig-free pig out!”