A vegan restaurant and bar has opened in East London – re-creating foodie favourites like burgers, scallops and nachos but made purely from plants. 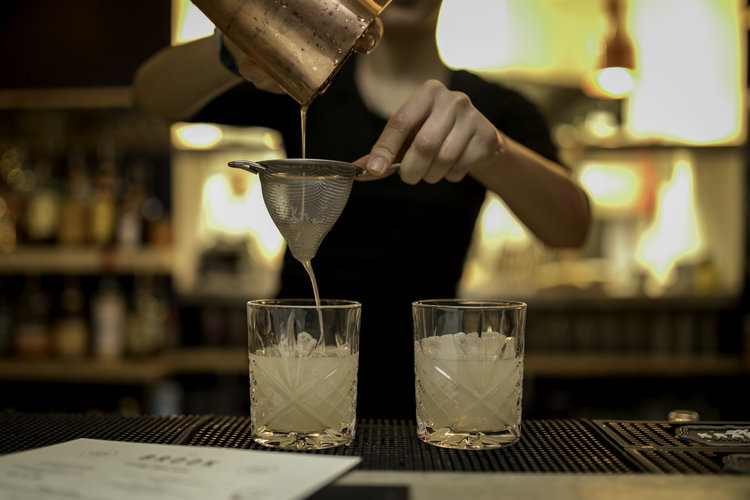 The Brook at 171 Mare Street, Hackney, is a 100% vegan restaurant and cocktail bar that is attracting vegan and meat-eaters alike with its bold, fun and flavoursome food and drinks.

“We believe that living an environmentally-conscious lifestyle shouldn’t be associated with sacrificing the things you enjoy, but simply finding new ways to enjoy them instead.”

“We focus on re-creating dishes everyone knows and loves purely from plants, but maintaining the right flavour and texture.”

Open Wednesday, Thursday and Friday evenings from 5pm, and from noon on Saturdays and Sundays, it offers a wide-ranging tapas menu, plus burgers and desserts, all freshly made on the premises, including dipping sauces.

Cocktails are priced £8 – £10 each, with the most popular being Pomberry Punch, Smoker’s Delight, St Lilly, and The Old Sage, featuring high-end spirits such as Gin Mare and unusual ingredients like liquid smoke and ume plum vinegar. 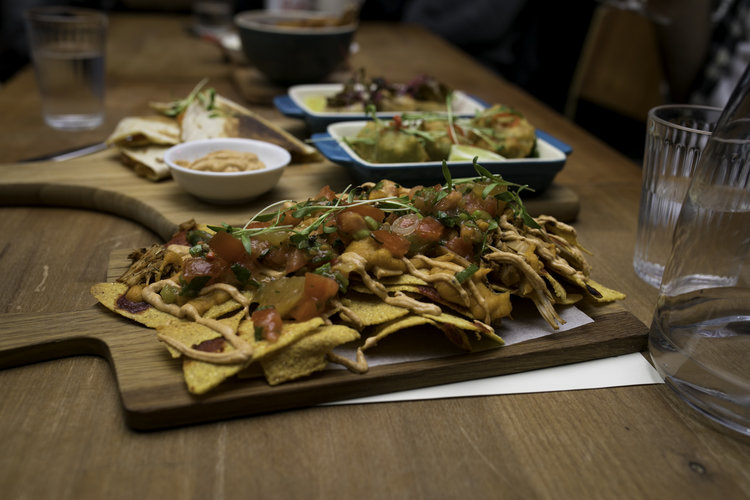 Discussing her decision to open her own vegan eatery, Thea said:

“I turned vegan in 2016 and ‘The Brook’ was born from my desire to continue dining out with incredible food in a beautiful space with a great atmosphere. The vegan dining options didn’t hold up to the food and drink I had enjoyed before making the switch, which led me to hit the kitchen hard with the sole purpose of experimenting with new ingredients to replicate the flavour and texture of the best dishes I’d ever eaten. The result is that our customers, a lot of whom aren’t actually vegan, feel they can come to us for anything from a casual brunch to a wedding reception!”

Thea said her diners generally want to eat more consciously, for both health and environmental reasons. The number of people following a vegan diet in the UK has grown by 360% in the past decade alone.

“The vegan restaurant scene is missing everyday dining at accessible prices,” she said. “The rise of street food has been incredible for allowing food startups to feed grateful vegans, but sometimes you just don’t want to stand outside juggling a takeaway box! There’s also a trend for emerging vegan eateries to be offering food that health-wise is one extreme or another. Whilst no-one wants these options to disappear, people also want more mainstream, comfortable eateries in which to enjoy everyday meals that are packed with flavour.” 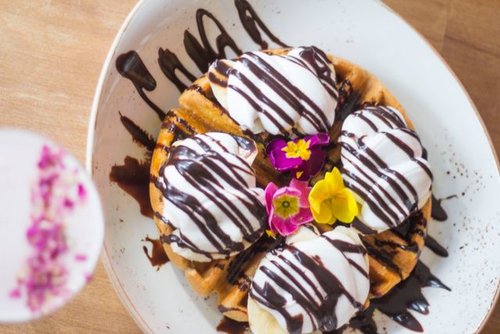 The Brook started life as a vegan supper club and Thea hopes to find a permanent home for the pop-up restaurant in early 2019. It is currently open until 31st December 2018.