Vegan pizzeria Purezza took home the top prize at the National Pizza Awards after becoming the first vegan pizzeria to be nominated for an award. 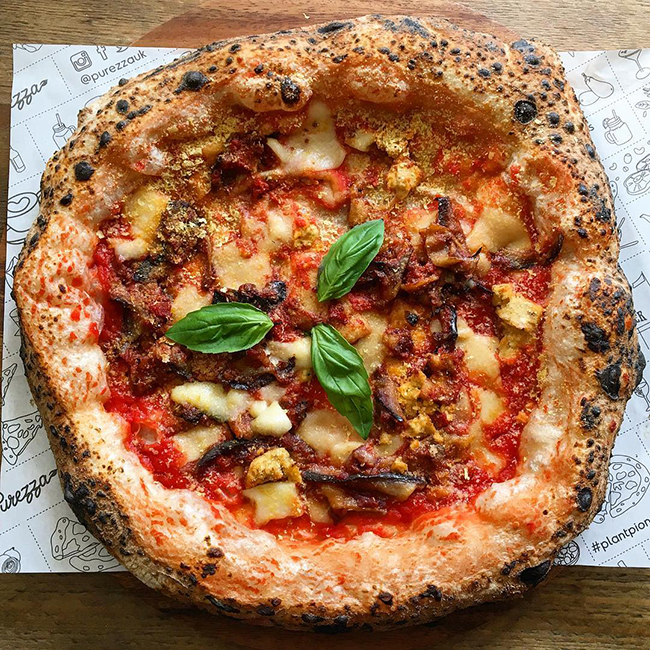 Despite being the first ever vegan pizzeria to compete in the awards, it was vegan pizzeria Purezza, who have restaurants in both London and Brighton, who took home the prestigious award.

The winning pizza was Purezza’s mouth-watering Parmigiana Party, a pizza inspired by an Italian parmigiana dish, which is topped with a delicious selection of fried aubergines, vegan sausage, and smoked vegan mozzarella.

Editor of Casual Dining Magazine (which hosted the event) Charlotte Mellor told the audience that the winner “really surprised” all of the judges. 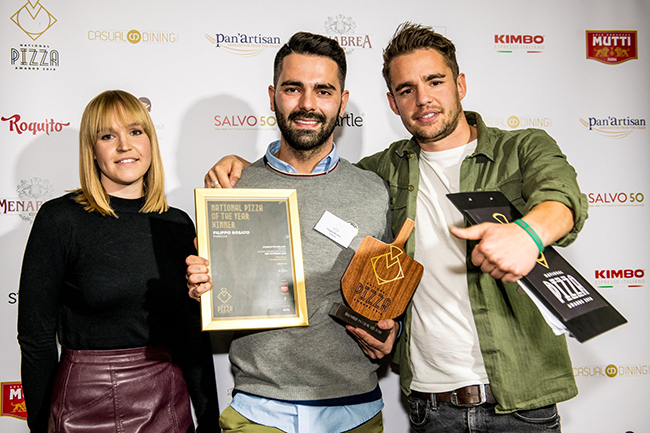 “It’s unbelievable – to get this sort of recognition for something that I love is the best feeling I’ve ever had. I’m really proud, because I really believe in this project. I started to believe in vegan food in 2015, and to spend time with Tim and Stefania [Purezza founders] and join them on this trip, and now to win this award, is something that I’m really proud of. This will be a new starting point where we can say: ‘It’s true – we can do something really special.’”

This exciting news comes just days before Purezza is set to compete in the international PizzAward competition, taking place in Naples on 16th October.