The pizza pioneers behind the UK’s first vegan frozen pizza company, One Planet Pizza, are lacing up their trainers and putting their best foot forward to raise money for vegan charity Viva!. 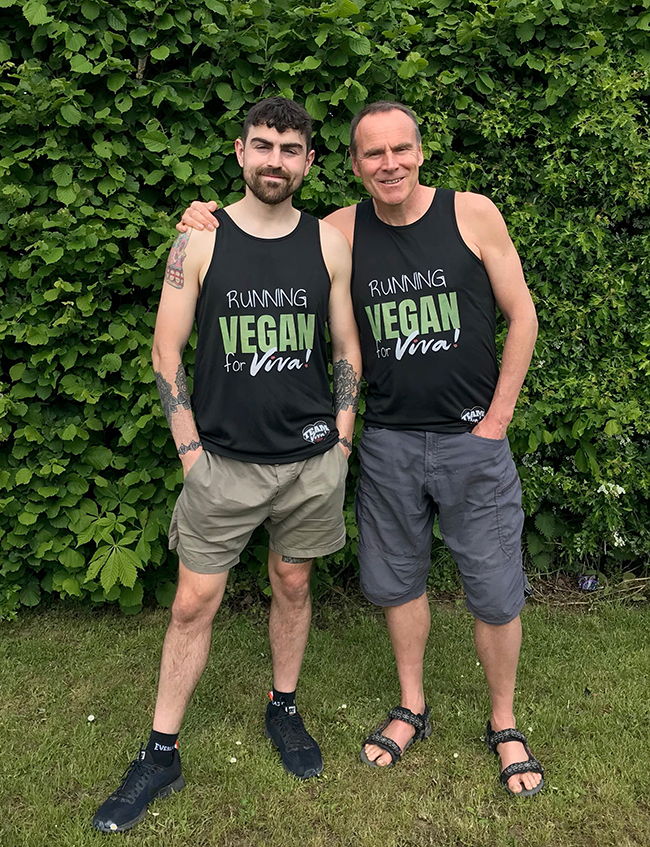 Mike and Joe, the father and son pizza pioneers at One Planet Pizza, the UK’s first vegan frozen pizza company, are comfortable running a business, but they’re pushing themselves out of their comfort zone in the name of a very good cause this weekend as they get set to run a marathon to support vegan charity Viva!.

The dynamic duo are hoping to raise £500 for Viva! who are currently running their #MooFree campaign to encourage the British public to ditch dairy and try swapping them for plant-based alternatives.

Running a marathon will be a first father-son team, who have suffered a number of setbacks whilst training for the run. However, despite Mike sustaining a neck-injury early on in their training programme, he made a remarkably quite recovery which he attributes to the power of a plant-based diet in aiding recovery.

Speaking to Vegan Food & Living, Mike commented: “I have done a few marathons before but never on just 6 weeks training, and this is Joes very first one, so its going to be a real challenge, but running for such a great cause is going to keep us going!”

“Mike’s run marathons in the past, but he’s getting older now and is just recovering from an injury… But I’ve never even imagined running this far before and especially with such little time to train!” added Joe. “This won’t be easy, but I reckon youth might just beat experience. Let’s find out..”