Just in time for autumn, Suma has veganised a classic old-school soup flavour, pea and ham, to make it suitable for vegans. 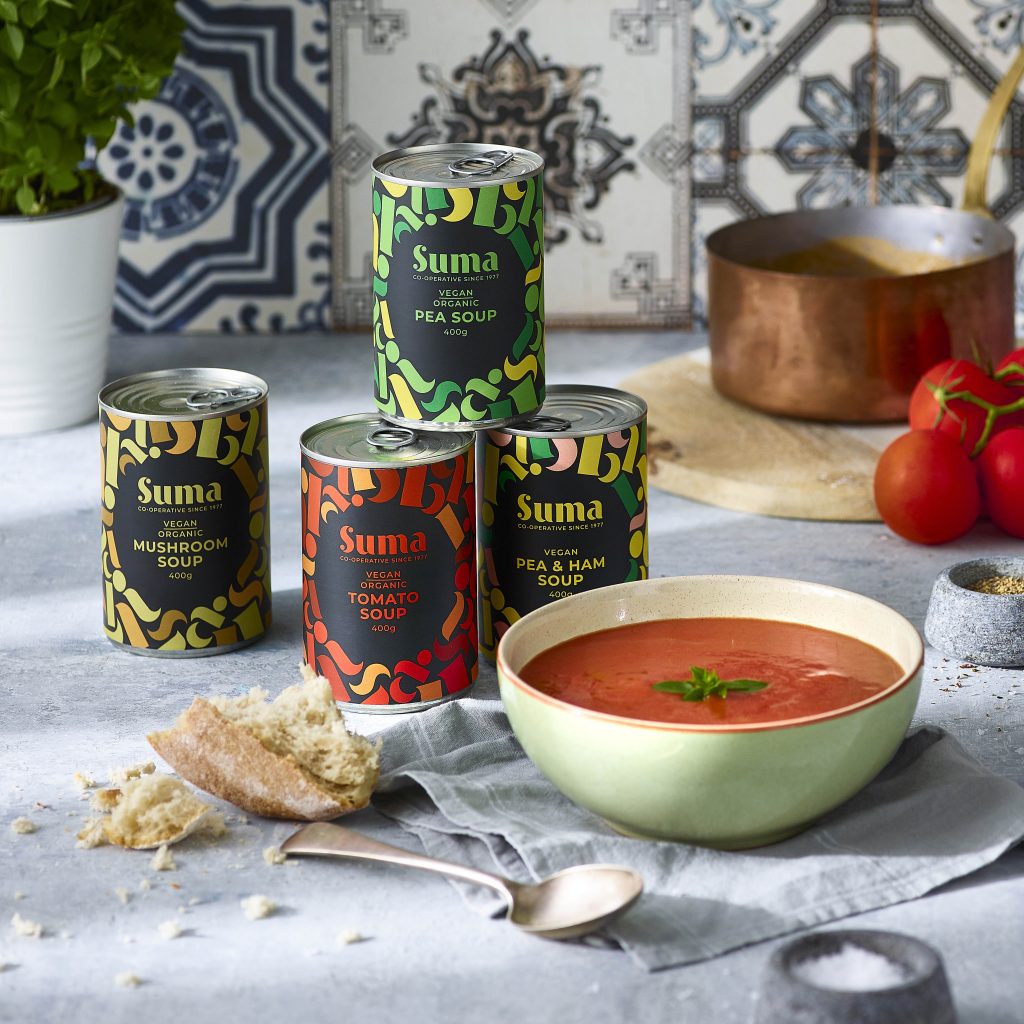 Pea and ham soup is an old-school dish that, until now, was yet to receive its vegan makeover by a retailer.

Suma Wholefoods specialises in creating vegetarian and sustainable products, and last year they brought us the vegan take on tinned products including sausage and beans, burger and beans and meatballs.

Their new Pea and ‘Ham’ Soup is packed with flavour and uses soya protein to make it completely meat-free. As well as brand new bold and colourful new packaging, this soup will be launched alongside three other tasty, organic and vegan soups; creamy mushroom, tomato soup and premium pea soup.

The incredible growth in the plant-based market has been caused by manufacturers experimenting to cater for the growing vegan population from vegan pulled pork to vegan cheese.

Suma is doing their bit to improve our society and support suppliers by delivering over 7000 vegetarian, natural and responsibly sourced products to businesses and homes across the world.

The developer of the range, Andi Butterworth commented that Suma wants to make it easier for people to become vegan by providing simple meal options.

In a statement sent to Vegan Food & Living, Butterworth explained: “sometimes you want to cook and create. Sometimes you just need something tasty and fast; and that’s what we’re offering to the growing number of people who want to enjoy classic favourites but without the meat.”