Saorsa 1875, in Scotland, is offering a new luxury menu boasting high-end dishes including Confit Fennel with Apple and Marjoram Glaze, saying 'the best experiences in life don’t have to come at the expense of animals'

The UK’s first vegan hotel is proving that ‘the best experiences in life don’t have to come at the expense of animals’ with its new autumn menu.

Saorsa 1875, a boutique hotel in Pitlochry, Scotland which opened in 2019, says it offers guests a ‘luxury dining experience that is 100 per cent plant-based’.

After much experimenting with vegan recipes, it has launched a new autumn menu which it says ‘subverts the traditional expectations of vegan cuisine’. 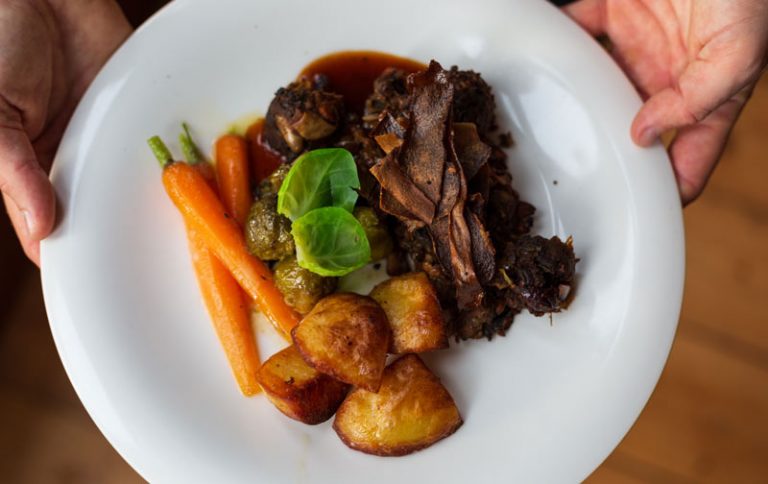 “We aim to create dishes that are exciting, have a story and focus; flavours and textures by preparing dishes that use root to tip cooking, thereby doing our small part in being sustainable.”

The restaurant is open to both residents and non-residents alike, however must be booked in advance, as walk-ins for dinner are not accepted.

Not in Scotland but still fancy eating out? Check out our round-up of the best vegan restaurants across the UK