Another week and another vegan supermarket is set to open its doors. This time it’s in Long Island… 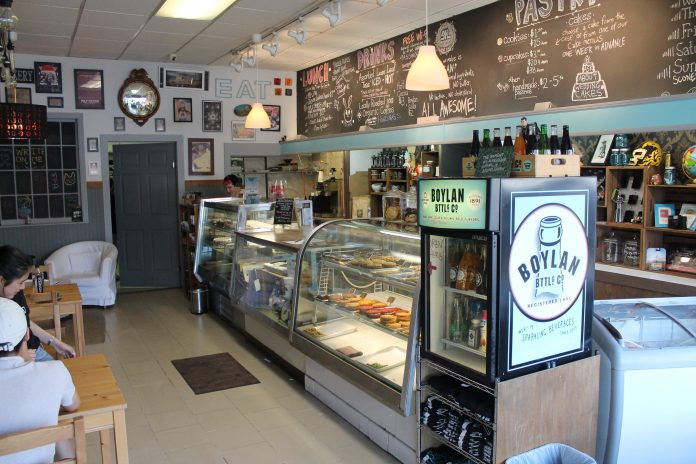 The vegan bakery Sweet to Lick opened in Williston Park in August 2013. Sweet to Lick The Market, a vegan grocery store, will open later this summer. (Photo: Noah Manskar)

At the moment it seems that not a week goes by that we don’t hear the news that another dedicated vegan or vegetarian supermarket or store has opened it’s doors. Last week, French organic grocery chain Naturali opened up three all-vegan locations, and Israel’s first vegan supermarket opened in Tel Aviv. This comes a year after London’s first all-vegan grocery store opened its doors in Fulham.

Now Long Island is joining in the action with the launch of it’s first completely vegan grocery, Sweet to Lick The Market, which will open its doors in Williston Park, a village on western Long Island. The shop will open three doors down from founder Michael Sabet‘s existing store Sweet to Lick, which is Long Island’s first vegan bakery.

According to The Island Now, the market will feature “fresh local greens and packaged vegan foods,” so shoppers will be able to pick up their groceries and then go grab a vegan Italian rainbow cookie, in true Long Island fashion, only without the eggs or dairy.

As Long Island’s first all-vegan grocery store, founder Michael Sabet says the shop will give vegan eaters one place to find items they might have get at several different standard grocery stores.

“We want to sort of take some of that of bite out of becoming vegan,” Sabet said.

The Sweet to Lick The Market will take on the existing Sweet to Lick bakery’s down-to-earth, family-oriented feel, Sabet said. The bakery has an imitation fireplace, a record player and pop art on the walls. Sabet also hosts bi-monthly art shows there featuring local artists.

According to Sabet, “So many of the vegan spots are like, ‘just so cool,’ and I’m maybe just not cool enough to be there. But this is my place. It’s exactly as cool as I am, so my family’s welcome, your family’s welcome.”

Sweet to Lick The Market is set to open later this summer at 82A Hillside Ave.