Temple of Seitan has officially confirmed the opening of a second London branch, complete with indoor seating.

The new shop will open in Camden in January 2018, and, to make this news even more exciting, this one will actually have indoor seating so you can enjoy your meal in store.

It’ll be called Temple of Camden, and the owners have called it a ‘proper restaurant’ rather than their standard takeaway spot.

Soon hungry vegans will be able to get their hands on all manner of delicious vegan junk food without trekking over to Hackney or having to queue for ages just to take your food back home with you when the new venue opens in January. 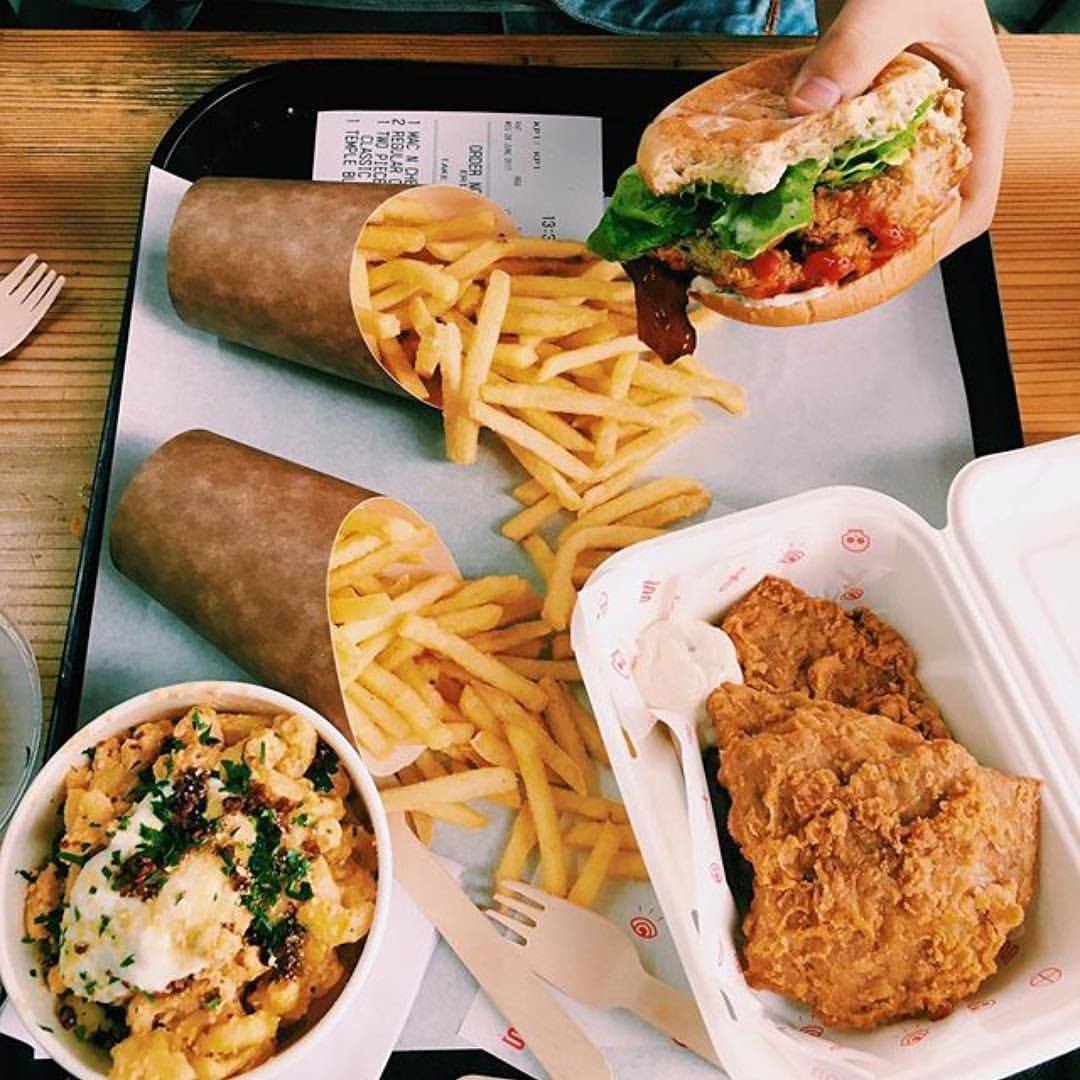 But what is their ‘chicken’ made from we hear you cry! Why, seitan of course! If you’ve never heard of seitan before, Temple of Seitan’s Rebecca McGuinness explains: “Seitan is a meat alternative made from wheat protein powder. It can be made with gluten flour, water and seasonings that best emulate the flavours of the meat you are trying to replicate. We make all of our own seitan from scratch.”

Open till 6pm for your Sunday funday fix 🌱 #Repost @anotherhungryvegan ・・・ One of the highlights of London was definitely visiting @templeofseitan. We were so excited to go that we made it our first stop in this city!

Temple of Seitan already has plenty of fans, and blogger Fat Gay Vegan says he’s “obsessed” with the brand’s “crispy savoury perfection,” adding: “Their range of deep fried seitan snacks, tubs of mac n cheese and filled sandwiches is in the top five things to eat on the planet.