Top vegan food trends to watch out for in 2021

We reveal the vegan food trends for 2021 from vegan eggs to meat-free butchers that will be taking the world by storm this year.

2020 was one of the strangest and most challenging years many of us have experienced before. However, the pandemic helped to shine a new light on the impact our food choices have on the planet.

More people than ever before were inspired to ditch meat in favour of plant-based alternatives amid health and environmental concerns. This rise in demand led to a surge in new vegan products hitting the market, with companies getting more creative with their plant-based offerings.

The vegan market has changed dramatically in recent years with products such as vegan cheeses and mock meats widely available. No longer a niche lifestyle, companies are now dedicating resources to creating exciting new vegan products for us to enjoy.

These are our predictions for the top vegan food trends for 2021 that everyone will be talking about this year!

Top vegan food trends to watch out for in 2021

We’ve very fond of the saying “Anything you can make, we can make vegan!” as plant-based food innovation has come on so far in recent years that we vegans can enjoy everything from vegan steak and bacon to ice cream and cheese all made without animal ingredients.

There is however one notoriously difficult animal product that culinary creators have yet to crack the code on… until now that is!

Following on from the launch of the UK’s first liquid whole egg replacement, we predict that a major vegan food trend in 2021 will be vegan egg replacements.

While vegans are used to getting creative with alternative ingredients such as aquafaba, the new product from Crack’d makes it easier to create dishes such as vegan Yorkshire puddings and omelettes. 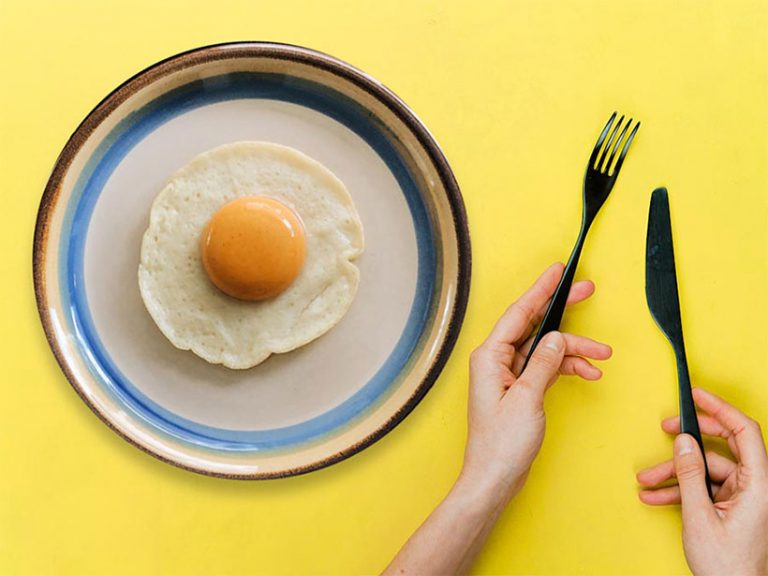 Scientists in France and Asia have taken things a step further by launching vegan eggs that mimic the look and feel of a real chickens egg.

A Singaporean start-up has even created a near-perfect replication of a chicken egg that will be commercially available by 2022 and offers a nutritional value that matches that of a whole chicken egg. 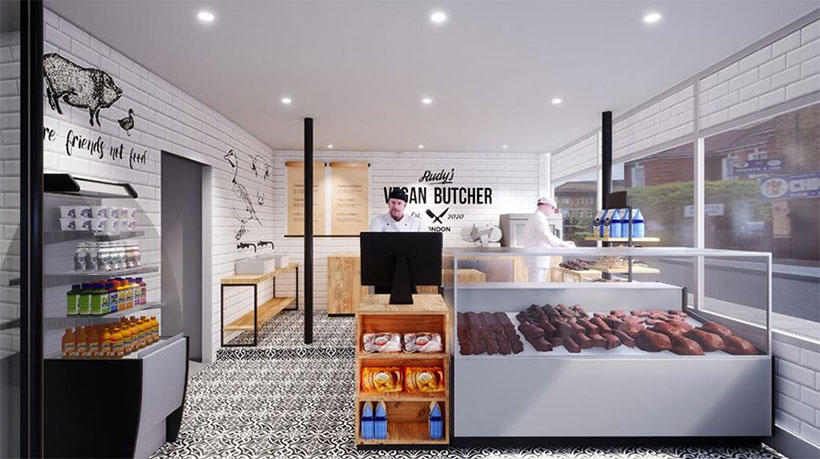 Although the term vegan butchers might seem like an oxymoron, 2021 is the year that they will show the public you don’t have to eat animals to enjoy meaty dishes.

It’s no secret that plant-based meats have soared in popularity with the number of flexitarians booming in the UK. Inspired by the demand, Rudy’s Vegan Diner expanded its business to include a 100% vegan butchers in 2020.

The vegan butchers has been cleverly designed to resemble a traditional butcher to entice curious passers-by to give mock meats a try. Proving a hit with customers, Rudy’s Vegan Butcher sold out on its first day of opening and has since struggled to keep up with the huge demand.

Asda supermarket also believes that vegan butchers will be one of the hottest vegan food trends for 2021 as it is trialling a fully vegan butchers counter at its Watford store with a range of plant-based meat products on offer. 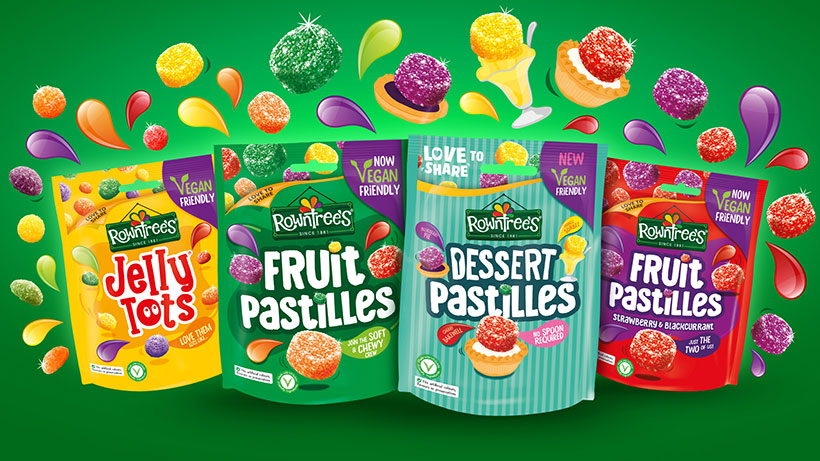 Who doesn’t love a vegan dessert? With searches for vegan chocolate recipes up 31% in 2020, vegan sweets and desserts are becoming increasingly popular.

Major companies are realising that we vegans enjoy the occasional sweet treat too and so have been looking at ways they can offer vegan versions of their popular chocolates and sweets.

Mars launched a vegan version of its popular Galaxy chocolate in 2019, and has since expanded its range to include new flavours and vegan versions of its iconic Bounty and Topic bars.

They’re not the only confectionary manufacturer to open up their range to vegans as Rowntree’s has made the landmark decision to remove gelatin from Fruit Pastilles and Jelly Tots.

British sweet company Swizzles is also going vegan as it has already re-launched its range of chew bars with a new vegan recipe and is working on removing gelatin from the rest of the products in its portfolio. 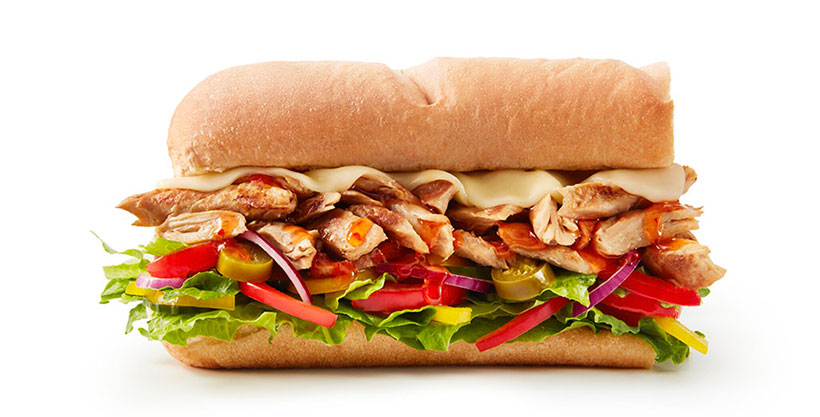 Plant-based proteins and meat-alternatives are growing at an impressive rate of 257%, with meat-free foods predicted to grow to more than £1.1bn by 2024.

Whilst the market is flooded with beef burger alternatives, chicken alternatives are now catching up with innovative new vegan chicken products coming to market.

Linda McCartney’s is now giving KFC a run for their money with the launch of its Southern-Style Chicken Fillet Burger and an innovative Vegetarian Chicken Bucket, while M&S’s meat-free kievs have proved a hit with customers.

Fast food restaurants are also adding vegan chicken to the menu following on from the success of KFC’s vegan chicken burger, with Subway launching a brand new vegan chicken sub for Veganuary.

Known for its chicken dishes, even Nando’s is now offering its first chicken alternative along with fast-food chain Papa John’s who just launched meat-free chicken bites. 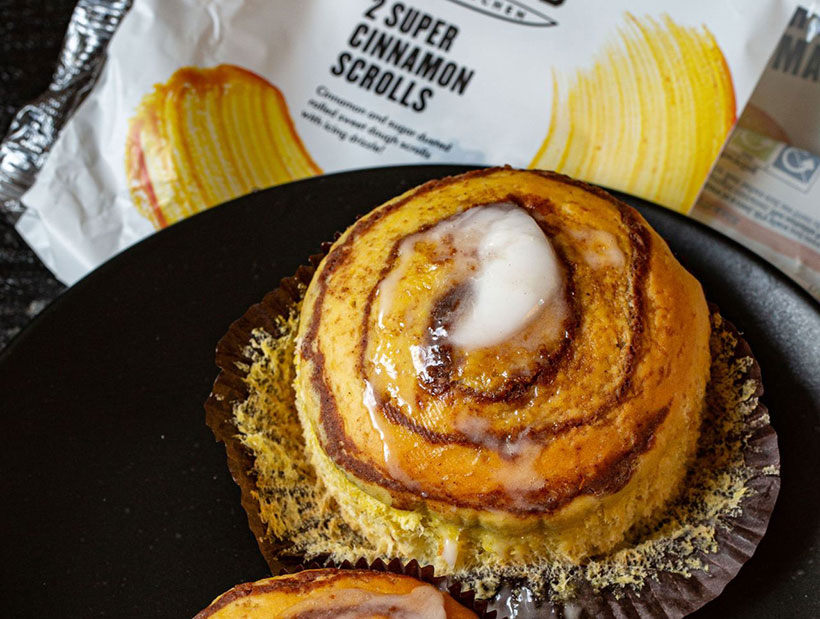 Although there are a handful of bakery items on offer that are accidentally vegan such as Co-ops custard doughnuts, vegan bakery items at supermarkets are few and far between.

Keen to ensure that vegans don’t miss out on the delights of a vegan cookie or bun, Tesco has expanded its Wicked Kitchen range to include a host of new bakery items such as cinnamon scrolls and jam-filled doughnuts.

When it comes to vegan products, Tesco is a trailblazer in the vegan community as its Wicked Kitchen range has already inspired all of the other supermarkets to up their game.

Where one supermarket goes, another will follow in hot pursuit, so we’re predicting that supermarkets will increase their vegan bakery offerings making it a major vegan food trend in 2021.

6. Plant-based centrepieces on the dinner table 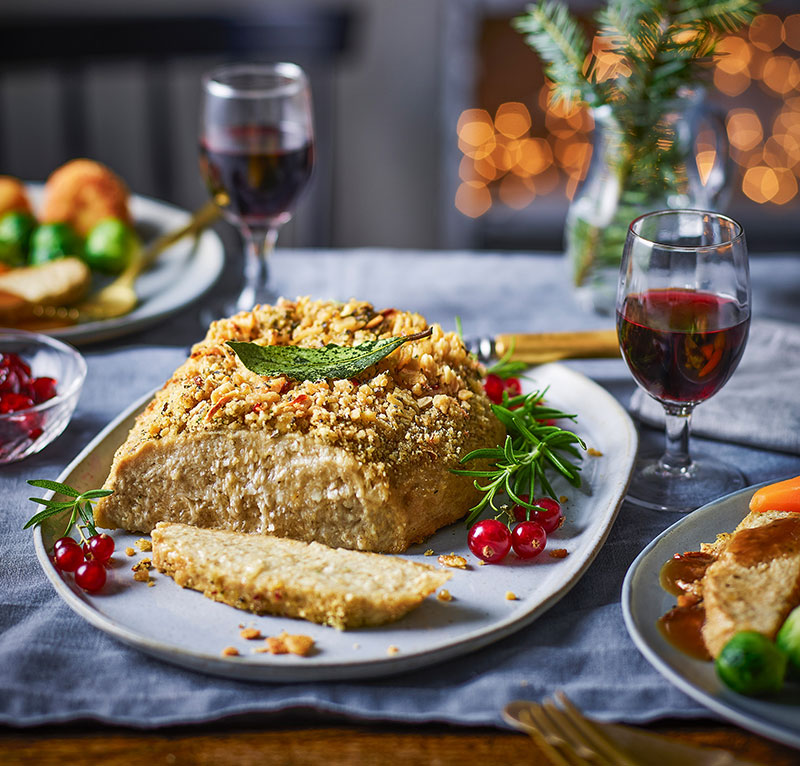 The Tesco Christmas Report 2020 revealed that veggie and vegan centrepieces would be more popular than meat on the big day, ahead of roast beef and lamb for the first time ever.

With people ditching turkeys and chickens from their roast dinners in favour of meat-free mains, supermarkets have been getting increasingly creative with the plant-based centrepieces.

The UK’s largest supermarket chain, Tesco, is even aiming to get vegan alternatives to take a starring role on the plate ahead of meat and has been creating larger ‘centrepiece’ dishes for either two people or families such as the new Plant Chef Meat-Free Roasting Crown and Wicked Kitchen Wellington. 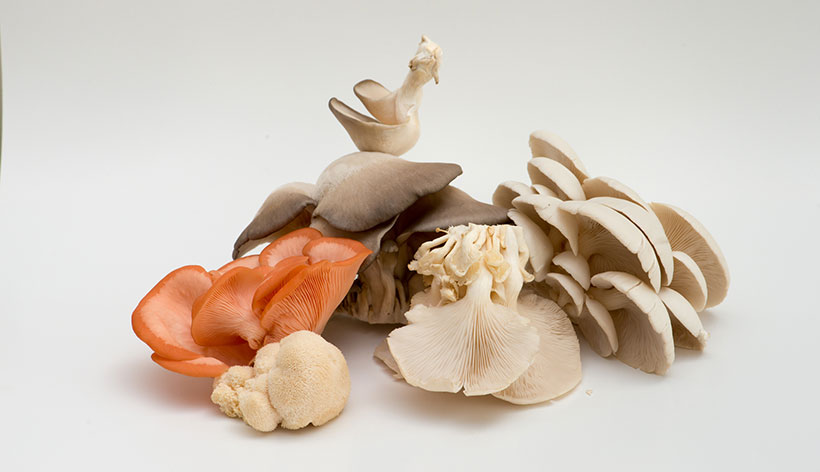 Director of Plant Based Innovation, Derek Sarno, recently revealed to Vegan Food & Living the vegan food trends set to feature on plates in 2021.

Sarno is famous for his wizardry with mushrooms, so it’s no surprise to hear that he’s predicting that 2021 funghi will come into play in an even bigger way as a top vegan food trend in 2021.

With their flavoursome and meaty texture, mushrooms make the perfect gateway to eating more veg and less meat. The trick is to apply the same methods and techniques you’d use to cook meat to cooking mushrooms.

Portobello mushrooms are the go-to ingredient for non-vegan chefs looking to replace meat in dishes for vegan and vegetarian diners. But with over 10,000 edible mushroom species, people are slowly learning there are more to choose from to add different textures and flavours to meat-free meals.

8. Mock meats made from vegetables 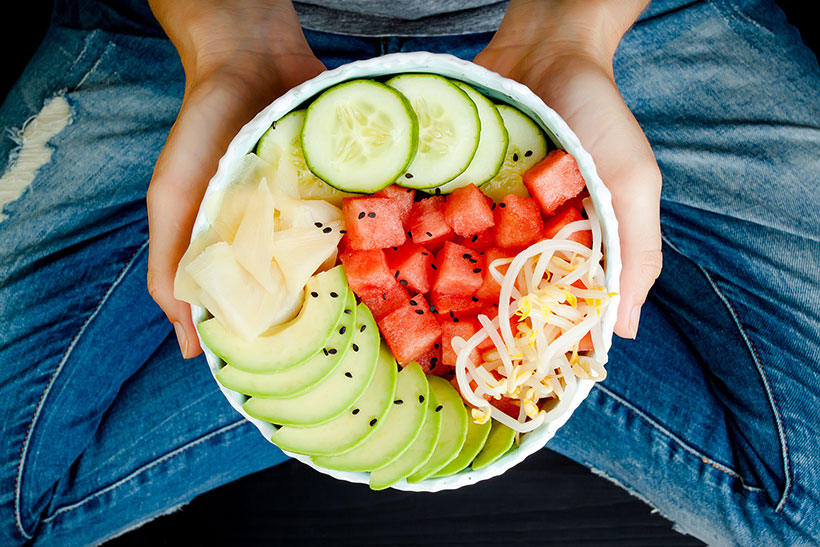 The great thing about vegan food is that there is something for everyone no matter what you preference. We’re often asked why vegans want their food to look and taste like meat, and the truth is the majority of us didn’t stop eating meat because we didn’t enjoy it.

However, there are those who don’t enjoy mock meats and who prefer to stick with vegetables to make up the bulk of their meals. That doesn’t mean you can’t use vegetables to replicate the flavours, and to some extent the texture, of meat in dishes as when marinated many take on a surprisingly meaty appearance.

With many people questioning whether meat alternatives are better for us than meat, we predict that one vegan food trend in 2021 will see chefs get creative with vegetables and using them in their purest form to create meat-free meals.

We’ve already seen chefs get creative with watermelon to create tuna and steak alternatives, and Tabitha Brown broke the internet when she shared her recipe for bacon made from carrots.

Fish has also been replaced with banana blossom in vegan cooking, and vegan fish and chips have never tasted so good thanks to this versatile ingredient which has soared in popularity in Western cooking in the past year.

Banana blossom makes a great replacement for fish thanks to its flaky texture and is a completely natural ingredient that grows at the end of a banana fruit cluster.

Here are all the accidentally vegan products you can find in UK supermarkets!