The vegan fish line will include a range of options including the Golden Fillet, Classic Fillet, Ocean Burger, Ocean Fingers, OmniCrab Cake, and OmniTuna.

An award-winning range of vegan fish products created by OmniFoods has launched in the UK. It will be available at Whole Foods Market in London and online at Ocado and The Vegan Kind Supermarket.

OmniSeafood, which made its first UK appearance in Veganuary this year as the renowned wagamama fish and chips special, is now available to make at home.

According to the brand, its products have ‘indistinguishable taste and texture from real seafood’.

Made from a proprietary blend of non-GMO soy, OmniSeafood contains 0mg cholesterol, is free from trans-fat, and has no added preservatives, hormones or antibiotics. 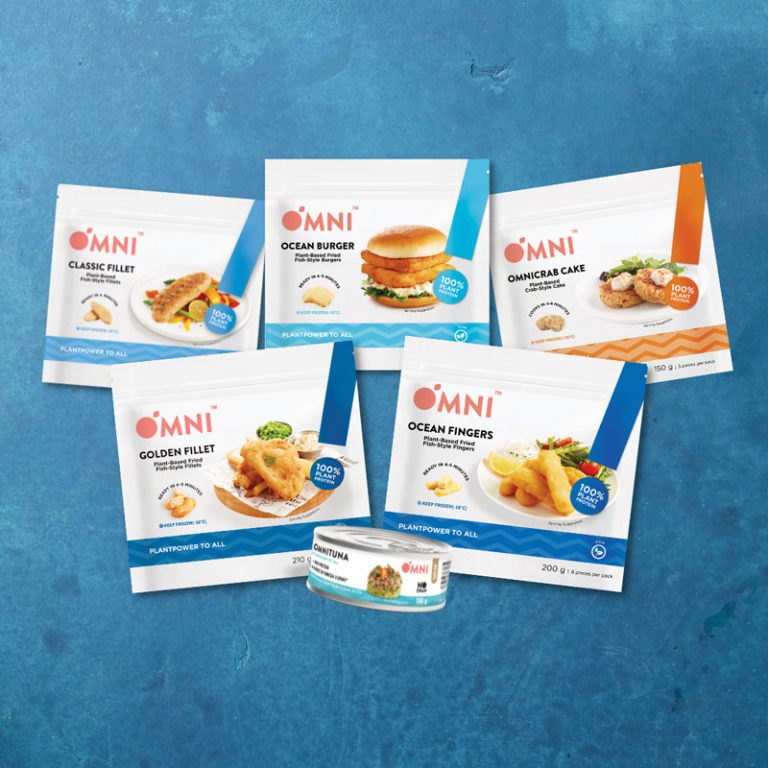 On top of selling its vegan fish range in the UK, OmniFoods also offers a line of plant-based pork alternatives.

Its OmniPork range includes Mince, Luncheon and Strips, which are available from a range of retailers across the UK, listed online here.

According to the brand, the products ‘allow chefs and home cooks to curate an infinite variety of plant-based dishes and can be seasoned, steamed, pan- or deep-fried, stuffed or crumbled’.

The pork alternatives, which are made using a proprietary blend of plant-based protein from non-GMO soy, peas, shiitake mushrooms and rice, contain no cholesterol.

The full OmniSeafood is available from The Vegan Kind. Omni Golden Fillet, Omni Ocean Burger, and OmniCrab Cake have hit the shelves of Whole Foods Market in London, while Omni Golden Fillet is also listed online on Ocado.

Feeling in the mood for something fishy? Try whipping up these 14 vegan fish dishes that taste like the real thing.