Evanna Lynch is calling on King Charles to honour the late Queen Elizabeth - by turning her animal farming estates into a sanctuary.

Vegan celebrity Evanna Lynch has added her voice to a letter calling on King Charles to honour Queen Elizabeth – by turning her animal farming estates into a sanctuary.

The late monarch, who died at Balmoral in September aged 96, was described by In Defense of Animals, which penned the letter to the new king, as having ‘conducted important work to improve the lives of animals’.

Although Her Majesty was reported to enjoy controversial activities including deer stalking, the organisation notes that she implemented some steps to improve animal welfare.

It cites her decision to ditch real fur, as well as her patronages of the Royal Societies for the Prevention of Cruelty to Animals in the U.K. and Australia.

Among the royal farmed animals are 200 Jersey cows whose milk, in part, is sold to produce Windsor Castle ice cream on the Windsor Dairy farm.

Additionally, her Royal Estate also reportedly includes a Sussex herd of cows raised for meat, 140 breeding pigs, and over 1,000 hens on 2,000 acres of grassland that feeds the animals on the farm. The Windsor Farm Shop sells the meat of animals who lived on the royal estate.

In Defense of Animals believes the farming estates owned by the late Queen Elizabeth ‘could be converted into a place of sanctuary where her cows, pigs, and hens could live long, natural lives’. 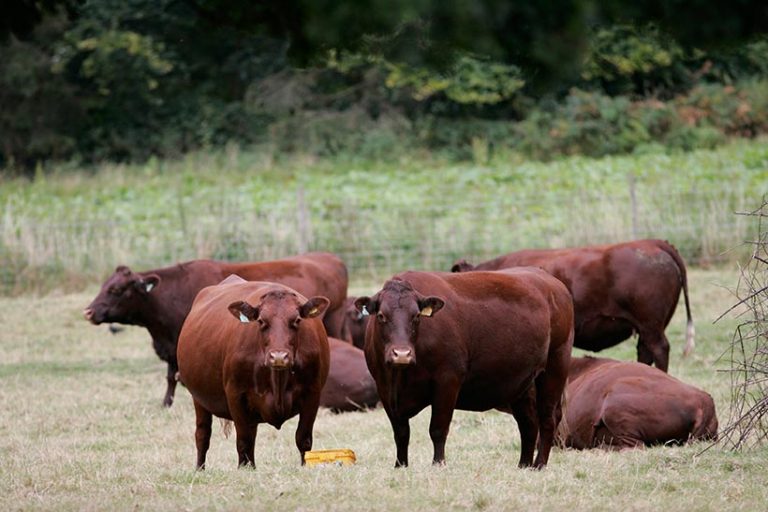 Among the farmed animals on the Royal Estate are 200 Jersey cows, 140 breeding pigs, and over 1,000 hens. Image credit: Tim Graham Photo Library via Getty Images

“Queen Elizabeth II was well known as an animal lover, and out of deference for her legacy, we would be honoured to support King Charles III, a great climate advocate, in allowing the farmed animals on the royal estates to find sanctuary.

“We are ready to provide resources and connect the royal family with sanctuaries and experts who could help make this potentially historic transition a smooth one.”

Tired of eating the same old recipes for dinner? Get inspired with these vegan tofu recipes.