The hotly-anticipated vegan documentary The Game Changers is now available to watch globally on Netflix. 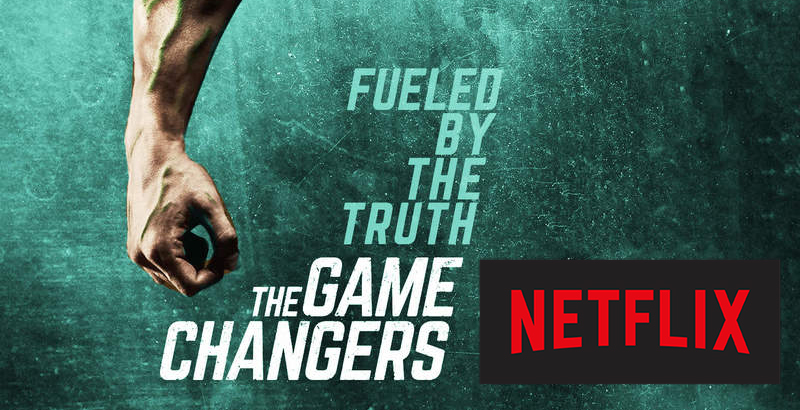 The Game Changers documentary is now available to watch globally on Netflix after it was screened in cinemas around the world last month.

The Game Changers vegan documentary is perhaps the most hotly anticipated plant-based film to be released to date. Not surprising, when you discover this feature-length production was exclusively produced by vegan strongman Arnold Schwarzenegger alongside Jackie Chan, with Academy Award-winning filmmaker Louie Psihoyos and James Cameron.

The film sees Special Forces trainer James Wilks ask elite athletes to compare the merits of meat, protein and plants for building strength, and it’s no surprise that plants come out on top.

The Game Changers aims to shake-up outdated myths surrounding performance and nutrition and ‘expose outdated myths about food that not only affect human performance but the health of the entire global population’ whilst utilising the groundbreaking research at the forefront of sport science and health to guide Wilks on his journey of discovery.

The film features some of the most elite athletes on the planet, such as Lewis Hamilton and Novak Djokovic, who follow a plant-based diet in order to power themselves through their tough training and competitions and ‘documents the explosive rise of plant-based eating in professional sports’.

The documentary has received praise from leading doctors and medical experts who attended the films premiere screenings in Australia and New Zealand who said it was a must-see for those interested in vegan fitness and nutrition.

Dr. Andrew Little MD, Ambassadoc for Queensland, said: “Do yourself a favor and watch this documentary. It’s absolutely amazing. It presents the facts of a plant-based diet in a really nice, logical order and hits on everything the public needs to know about. It features high profile athletes thriving on plant-based diets. Check it out, it is seriously a big eye-opener.”