Kate Thompson shares the winning vegan recipes that saw her scoop the coveted £1,000 prize in the latest instalment of C4's iconic cooking show, Come Dine With Me.

Many vegans have now appeared on Channel 4’s hit cookery show Come Dine With Me over the years. But few have been able to beat their meat-eating competitors to claim the £1,000 prize – until now that is.

Kate Thompson has proved once and for all that vegan food is anything but bland and boring as she has just become the first vegan in the North East to win the coveted prize.

A passionate cook, Kate has always loved food and has been lucky enough to have dined in some of the world’s best restaurants.

However, since turning vegan in 2020, the former self-confessed avid meat-eater has transferred her knowledge of food to her vegan dishes, using her skills to create complex and flavoursome recipes without animal products.

Keen to share her newfound passion for vegan cuisine with like-minded people, Kate began sharing her culinary creations on Instagram.

It was here that she caught the eye of a TV researcher looking to recruit contestants to showcase their talents on the long-running cookery show.

“One day I received a message from a follower saying how much they loved my page – they turned out to be a TV researcher for Come Dine with Me, asking me to apply!”, she told Vegan Food & Living. 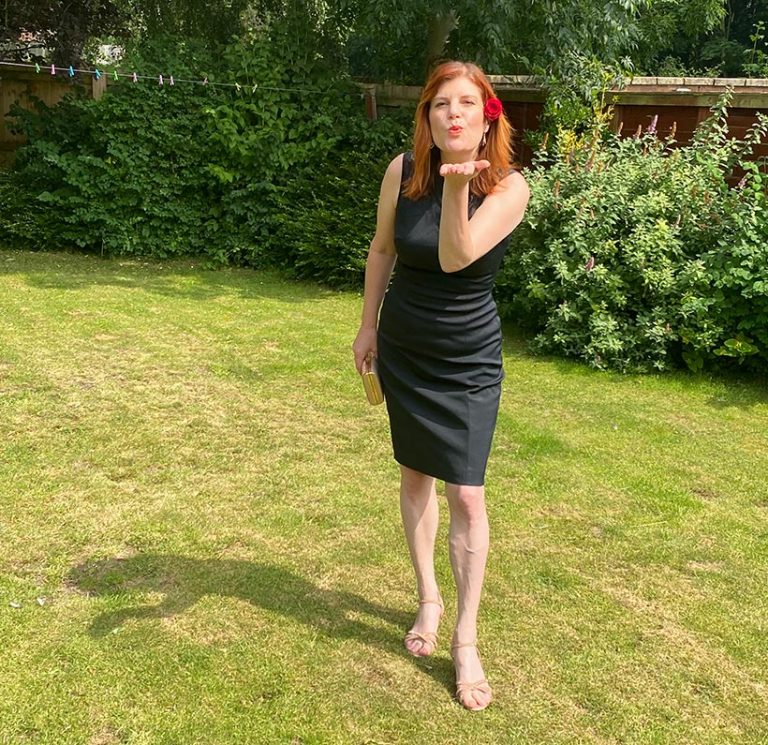 Following a lengthy interview process, Kate was overjoyed to receive a call two weeks prior to filming informing her that she had been selected to appear on the show.

Delighted to get the call, Kate revealed: “I spent the next two weeks preparing the menu, whilst suffering from a severe case of the butterflies.”

However, Kate needn’t have worried as her impressive vegan menu got the seal of approval from her guests, earning her the £1,000 prize.

“In the end, the nerves were unwarranted. I put my all into it and the meals went down a treat – it was truly an evening and week I will never forget,” she said.

So how did Kate beat a group of meat-eaters to claim the prestigious title of Come Dine With Me champion?

A party girl at heart, Kate decided that her theme would be the Roaring Twenties and her menu would feature traditional dishes everyone loves.

She explained that: “I wanted the guests to experience an elegant but traditional 3-course menu. I wanted them to see how hearty and fabulous vegan food could be!

A staunch believer that salads shouldn’t be boring, Kate kicked off the evening with a classic Waldorf salad with a veggie-filled asparagus tart. 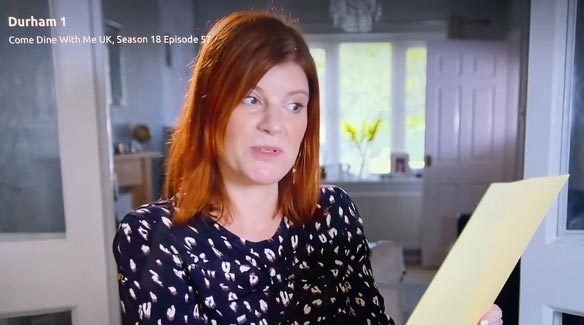 To impress her guests, Kate opted for a ‘meaty’ main course of mushroom bourginon served with duchesse potatoes.

“I wanted the main to be as “meaty” as possible, so a tasty mushroom bourginon seemed a good bet. I sourced the most beautiful vegan mozzarella for my starter, a punchy combination of flavourful veggies and balsamic slow cooked onions,” she told us.

Finally, Kate’s guests enjoyed a sweet treat of sticky toffee pudding and homemade vanilla ice cream to prove that “vegan cakes and ice cream are just as good without dairy!”

As vegans, we’re used to having our food choices criticised around the dinner table, but Kate was pleased to find her fellow contestants were supportive and welcoming.

In fact, some of them even chose to make vegan dishes for their own nights for all the guests to enjoy.

“The other guests were absolute stars and their comments on my cooking were incredibly encouraging. They obviously all had to cook vegan dishes for me – and the fact that they were quite happy to do so was truly heartwarming, especially as some of the dishes cooked by others were fully vegan for all,” Kate explained.

After an enjoyable week of fun, food, and lots of laughter, Kate was delighted when it was announced that her vegan menu had earned her the coveted title of Come Dine With Me winner.

However, for Kate, appearing on Come Dine With Me was never about winning the £1,000 prize. Instead, it was an exciting opportunity to bring vegan cooking to the forefront to dispel the myths about it being less delicious.

“The opportunity was never about the winning, and I don’t think I would have enjoyed the process as much if I’d been focused on that aspect. But when the result came in, I was utterly overwhelmed: the director told me I was one of very few vegans to win Come Dine With Me in 15 years and the first ever, in the North East!

“My goal was for others to experience, enjoy and be pleasantly surprised by how good vegan food can be. I think I nailed it!”

Come Dine With Me “Durham” episodes aired on Channel 4 on 20th June 2022 and are available to watch on catch-up now. You can follow Kate on Instagram at @katey_vegan_lifestyle for more vegan recipes.

The winning vegan Come Dine With Me menu 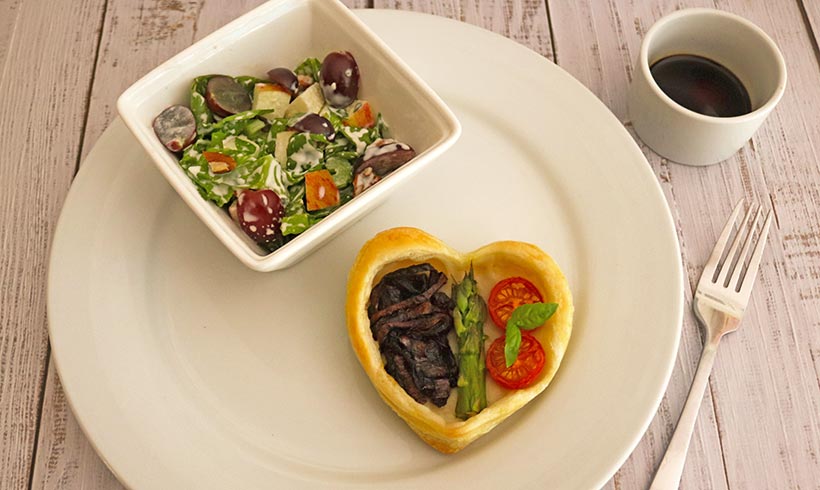 To make the vegan Waldorf salad:

To make the asparagus tarts: 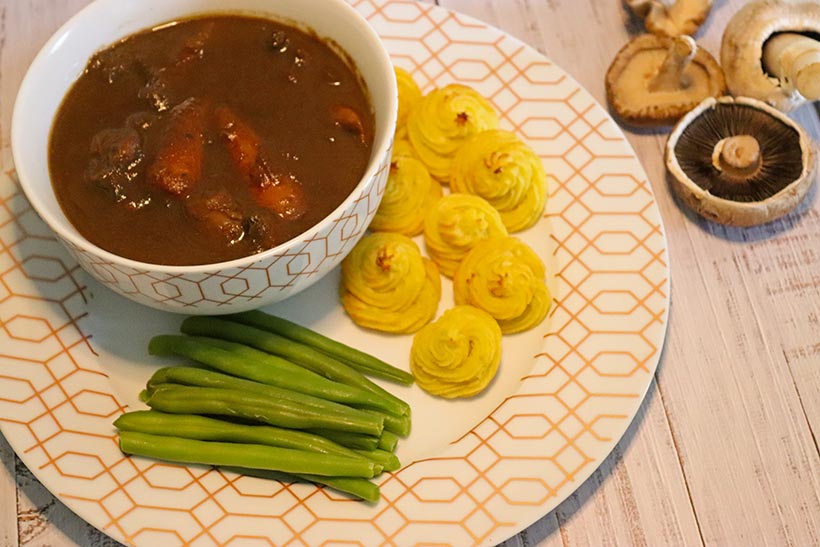 Ingredients for gravy base:

For the duchesse potatoes:

To make the mushroom Bourginon:

To make the duchesse potatoes:

To make the ice cream:

To make the sticky toffee puddings:

Are you thinking about making your commitment to veganism permanent with a tattoo?

Find inspiration for your next inking with these inspiring ideas for vegan tattoos.