Vegan chorizo will launch in Waitrose stores across the UK later this month.

The plant-based version of the Spanish sausage, which was created by Squeaky Bean, will hit shelves on December 28.

The product, which can be eaten either hot or cold, is made with fava bean and pea protein, then cured just like dry cured Spanish chorizo sausage.

Squeaky Bean says it is this production process that provides the sausage with its ‘authentic texture and depth of flavour’.

In addition, it boasts an authentic appearance, with a distinct red colour thanks to the spices and seasonings it contains, including chilli, smoked paprika and garlic, which Squeaky bean says also provide it with ‘fullness of flavour’. 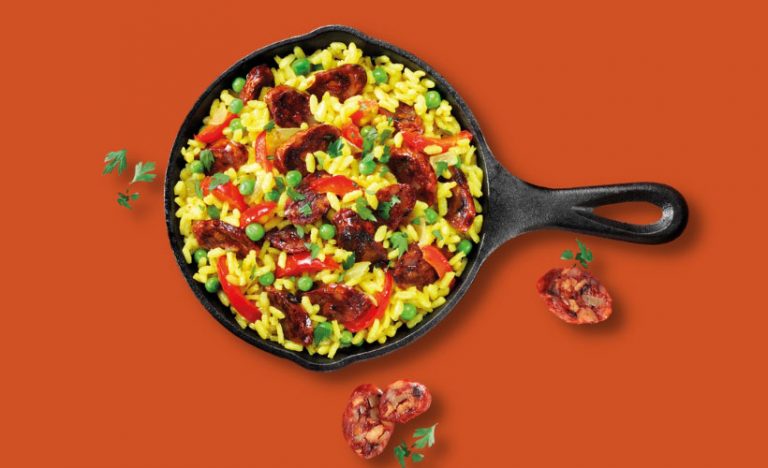 To prepare the sausages, which are high in fibre and a source of vegan protein (16g per 100g), simply pan-fry them in just two to three minutes.

They can be used in a range of dishes including paellas, vegan tacos, pasta, and pizza, as well as chilli, soups, and vegan omelettes.

In a statement sent to Vegan Food & Living, Rebecca Youseman, Brand Manager, Squeaky Bean, said: “Our fans told us that they wanted to cook with Squeaky Bean, so we made a chorizo style sausage that’s great as an appetizer on a charcuterie board and even better to cook with.

“A quick and convenient meat swap; try it in pasta or paella for a richness of flavour and texture.”

Have you whetted your appetite for something meaty?

Even meat-eaters will love these deliciously meaty seitan recipes.