An all-vegan Chinese restaurant has opened in London

A brand new all-vegan Chinese restaurant has opened in London, serving up a delicious menu of Chinese food, with a vegan twist. 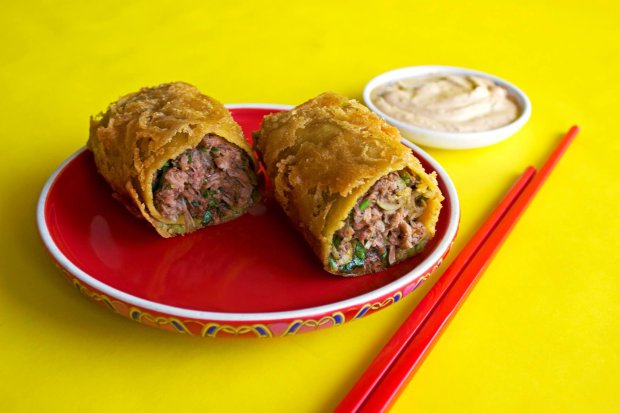 It was a sad day vegan Mexican restaurant Club Mexicana ended their residency at Pamela bar in Dalston (although you can now find them in The Spread Eagle vegan pub in Islington), but now the people behind Pamela’s bar have filled the spot with a brand new vegan eatery: Chinese restaurant Mao Chow.

Mao Chow describes itself as ‘inauthentic Chinese food, plant-based’, and has a short but sweet menu, full of delicious dishes. Diners can choose from dishes like their Chinese burger (£7), which is described as cumin ‘lamb’ with zion pickles and coriander, or the Dan Dan noodles (£9) with ground ‘pork’, half ‘egg’ and pak choi. Also on the menu is smoked ‘beef’ jerky fried rice and the tantalisingly named ‘sweet silken tofu’.

There’s one very exciting edition to Mao Chow’s dishes that sets them apart from many other vegan dishes, and that’s their incredibly realistic vegan egg. If you’re thinking the egg is made from tofu, well you’d be wrong! 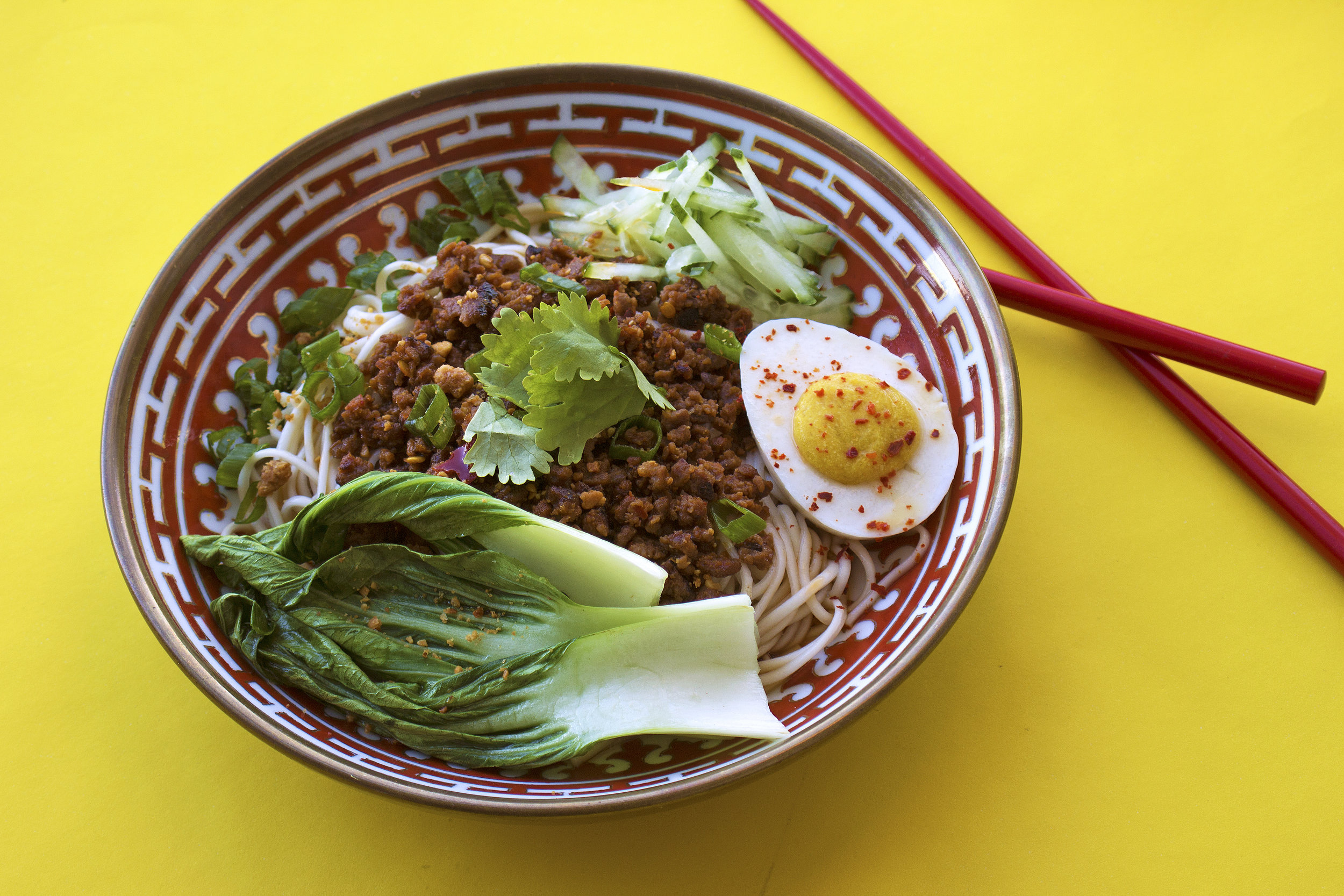 ‘The egg white is made from soy milk and black salt and then set with agar,’ explains owner Julian.

‘The egg yolk is made using a technique called reverse spherification. The yolk consists of yeast flakes, black salt and sodium alginate. It’s placed in a mould and then frozen.