Vegan café opens in place of butcher’s shop in Brighton

A brand new plant-based café has opened in Brighton, taking over the spot once owned by a traditional butcher. 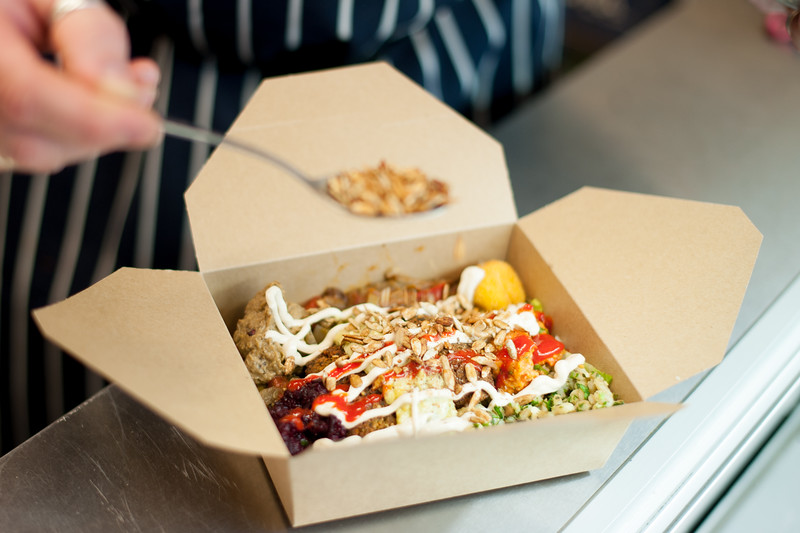 Plant-based café Smorl’s Houmous recently opened in Brighton’s Open Market, taking over the spot once owned by a traditional butcher.

The café, known for its houmous (of course!), mezze cake and Waffalafel (falafel and waffle with shakshuka, beetroot caviar and mushrooms), is frequented by locals and tourists alike. Its artisan houmous is produced in stores throughout Brighton and Hove, including the new addition at the Open Market.

Speaking to Plant Based News, Sarah Cotton, founder and co-owner of the café, said: “We’ve more than doubled our houmous production since September last year”. New production facilities are much needed in order to keep up with the popularity of their products.

Their famous Thunder Garlic Houmous, for example, is in increasingly high demand as the plant-based movement grows. Sarah explained: ‘When we saw the butcher’s closing down, it was a no-brainer to snap up the unit and take the opportunity to expand Smorl’s.’

Replacing a butcher’s shop with a vegan café definitely showcases the current societal movement towards meat-free meals. Brighton is already the UK’s vegan capital and, with symbolic changes like this one, it continues to show us the variety of vegan options available, inspiring many to live more animal-friendly lives.

The café is based in Brighton Open Market, and you can find the Open Market at Marshall’s Row, Brighton BN1 4JU.

The café is open Monday to Saturday between 9am and 5pm.

Order from Smorl’s via Deliveroo, or visit the Brighton Open Market Store on London Road.