Take your vegan burgers to the next level with Make No Bones' vegan brioche buns which have just launched in select Waitrose stores.

Sheffield-based vegan street food kitchen Make No Bones was ‘powered by the desire to have their very own world-class bun’ to serve in their vegan eatery and so teamed up with the renowned Fletchers Bakery of South Yorkshire to perfect a vegan version of the brioche bun.

The company first launched its gourmet rolls in Tesco stores in January which proved to be a smash hit, selling out in stores all around the country.

Make Now Bones is now making them easier for everyone to enjoy as they have just launched their brilliant vegan-friendly brioche buns in Waitrose stores across the UK. 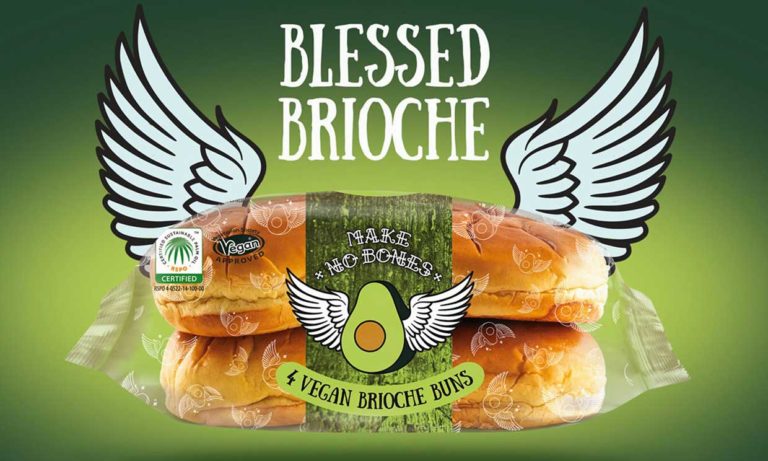 The buns will be making their way to 150 Waitrose stores this June, just in time for the summer BBQ season.

Dave Shaw of Make No Bones said the new listing was a big step to helping him achieve his dream of sharing his passion for vegan food.

In a statement sent to Vegan Food & Living, Shaw said: “When I started Make No Bones back in 2013 my dream was to get new and exciting vegan food in front of as many people as possible.

“Welcoming Waitrose as a stockist means we are one step closer to achieving that dream. The entire team at Make No Bones is thrilled to have our bread sold in Waitrose stores across the country, especially since they have a great range of vegan products with which to fill our brioche rolls!”.

Aileen Wood, buyer for Bakery at Waitrose, added: “We are excited to be launching these delicious vegan alternative rolls. At Waitrose, our vegan options are extremely popular with all our customers, not just those following a vegan lifestyle, so we know our shoppers will love these.

“The rolls will be a great addition to our shelves this barbecue season and will pair perfectly with our fabulous selection of vegan patties and burgers”.