The vegan toad in the hole, which launches just in time for Veganuary, was created by The Real Yorkshire Pudding Company

The UK’s first vegan toad in the hole has launched in 300 Asda stores nationwide today (January 3).

Created by the UK’s leading chilled Yorkshire pudding manufacturer, The Real Yorkshire Pudding Company, the dish has hit the shelves just in time for Veganuary, priced at £2.50.

The easy vegan meal, which the brand describes as ‘quick to prepare’ takes just 12 minutes from oven to plate.

Aimed at meat-eaters and flexitarians, as well as vegetarians and vegans, it contains two Lincolnshire-style meat-free sausages, baked in a light, crisp batter. 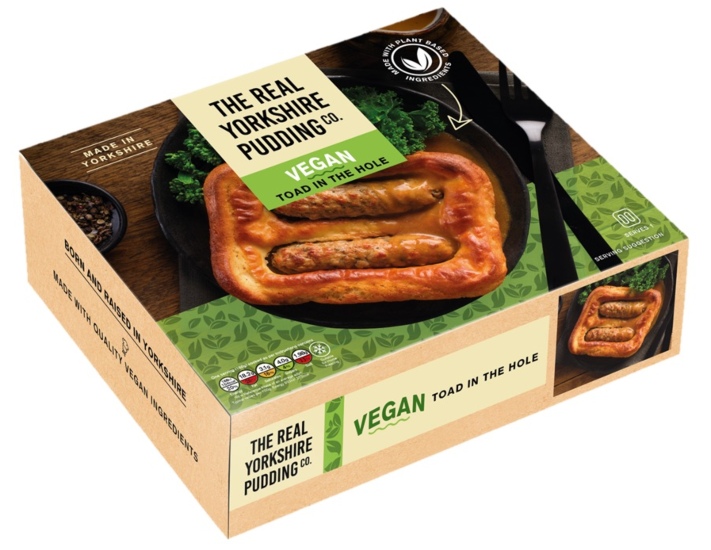 Vegan toad in the hole

In a statement sent to Vegan Food & Living, Bill Howson, Managing Director of The Real Yorkshire Pudding Company, said the innovation push formed part of the company’s “ambitious plans” to ramp up the accessibility of its premium products.

He added: “We’ve always wanted an inclusive range so those looking to reduce meat consumption don’t have to miss out. There’s been a lot of late nights and love put in to make this recipe perfect.

“With flexitarianism on the rise, we want to keep making products relevant to today’s people.

“Being first to market with a vegan toad in the hole allows us to put our modern twist on what’s already a traditional British classic.”

The dish launches in 300 Asda stores across the UK from today (January 3) as well as on The Real Yorkshire Pudding Company’s website.

Are you planning to go plant-based for the month? Check out our 31 easy Veganuary recipes to make for dinner this January