We tried the UK’s first all-vegan Burger King: Is it worth a visit?

Earlier this month, Burger King UK revealed that it was transforming its flagship London store to a 100% plant-based restaurant for a month.

Burger King’s new menu features plant-based classics such as the Vegan Royale and the Plant-Based Whopper, as well as 15 exclusive vegan burgers and sides.

The announcement from the fast-food chain has been predominately praised, with both vegans and meat-eaters encouraged to see a global brand take steps towards a more plant-based future.

Our Digital Assistant Molly took a trip to the new vegan store to put the new menu to the test and check out the vegan Burger King options. 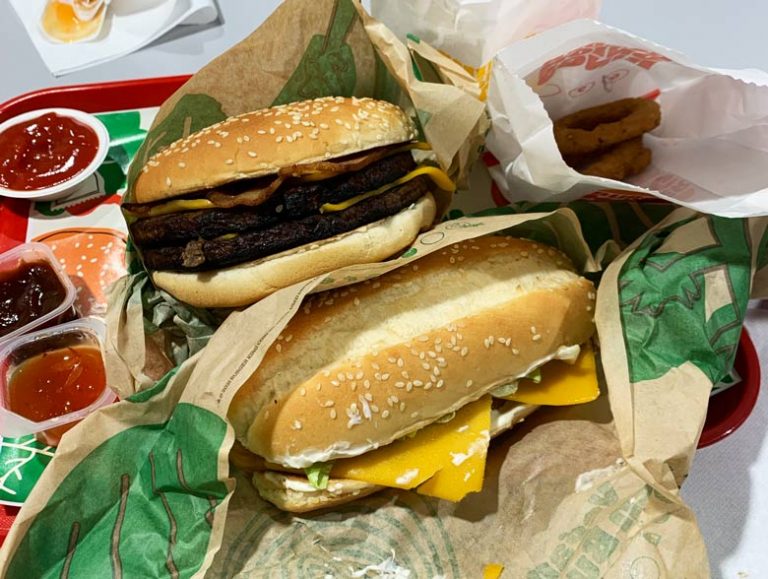 Since the news broke that Burger King was opening its first 100% vegan restaurant in London, I had been itching to visit.

When I finally attended the store, I was mesmerised to see the giant store plastered with “100% meat-free” signs and the giant green logo.

The restaurant was packed with people of all ages tucking into juicy plant-based burgers and sides.

Whilst struggling to find a seat, I had the tough decision of choosing a few items from the impressive new menu.

After a lot of debate, I went for the Bakon Double Cheeze XL burger (I was very hungry), the Bakon Cheeze Royale, Chilli Cheeze Bites, and onion rings.

The service was fast and soon I was tucking into my burger.

Although the burgers didn’t look as extravagant as the images, I was still blown away by the fact they were vegan.

I could resist tucking into the new Chilli Cheeze bites first, the crispy batter housed a molten vegan cheese sauce that had a fiery kick. 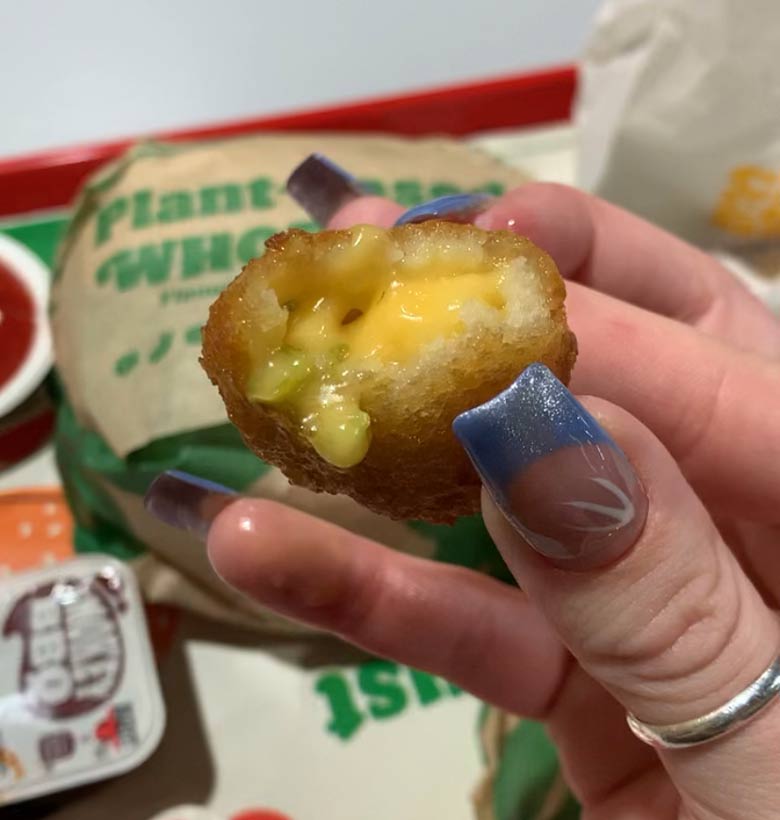 Although I wasn’t sold on the taste, I overheard multiple diners praise the new side – one person even described it as “epic”.

Next up was the Bakon Double Cheeze burger, which was a mammoth!

The patty was tasty and the vegan bacon had a smoky flavour, but the whole thing lacked moisture. I would say that I’ve eaten better quality supermarket vegan burgers at home.

Surprisingly there was no sauce or salad in the burger, which would have elevated the experience.

Thankfully, the Bakon Cheeze Royale was deliciously juicy and packed with flavour.

Conversations about the quality and realness of the vegan burgers filled the restaurant.

While it is important to remember that this is still a fast-food venue, I think Burger King has raised the bar and shown that it is possible for global food brands to expand their vegan options and still deliver flavoursome meals.

I am excited to see what the fast-food chain does next and hope that this move inspires other brands to up their vegan game.

Planning a trip to London?

Find the best places to eat with our guide to the best vegan restaurants in London.

All images are property of Vegan Food & Living. Do not use without permission