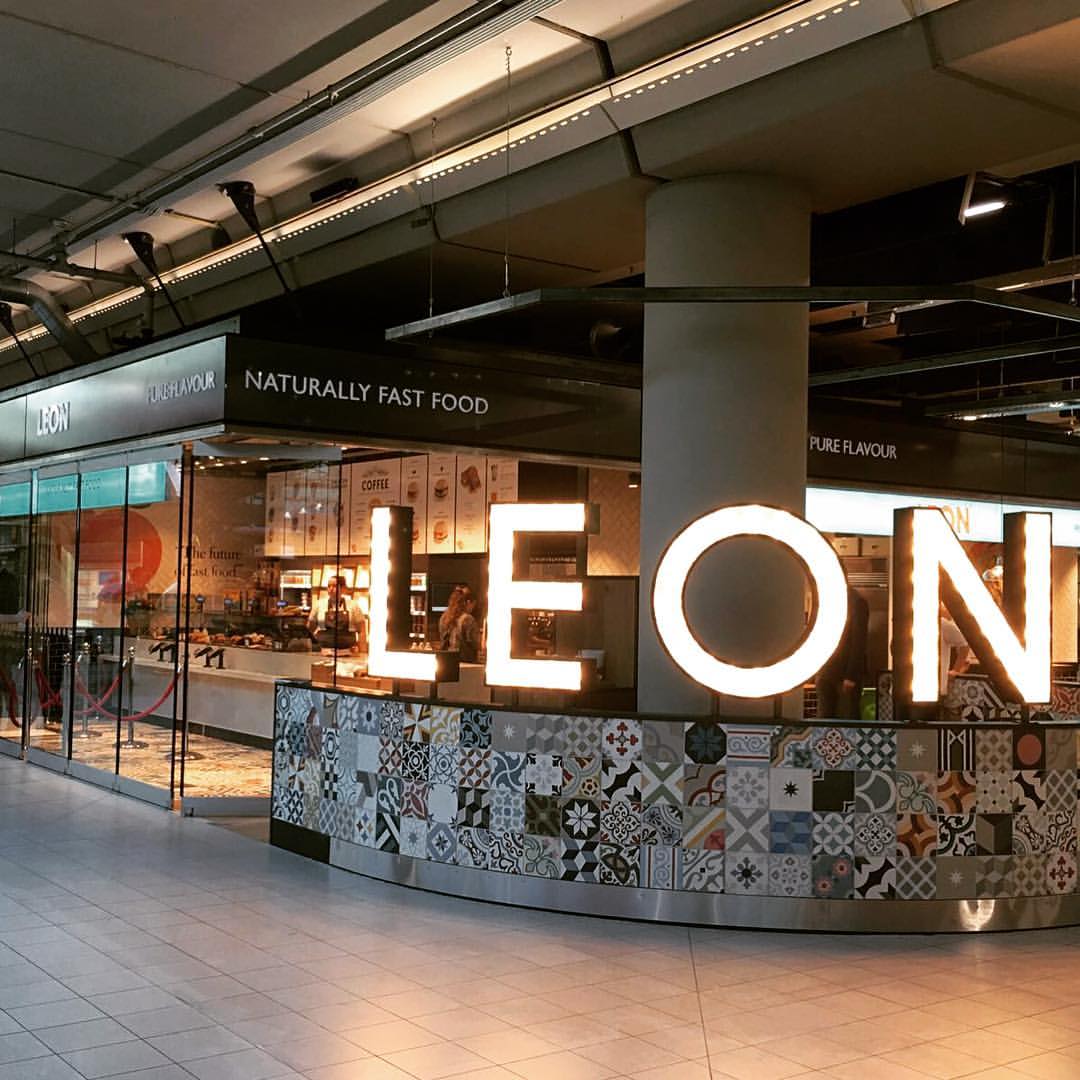 Leon is well known for their burgers, so it’s no surprise to hear that one of the new vegan offerings is a ‘Plant Burger’ (£5.25 + 85p for a bun), which is described as an edamame, lemongrass and chilli burger patty, with tamarind ketchup, fresh spinach, and spicy pickled carrot slaw. 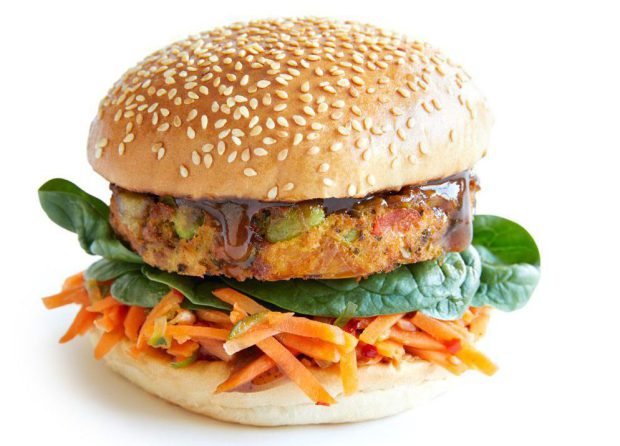 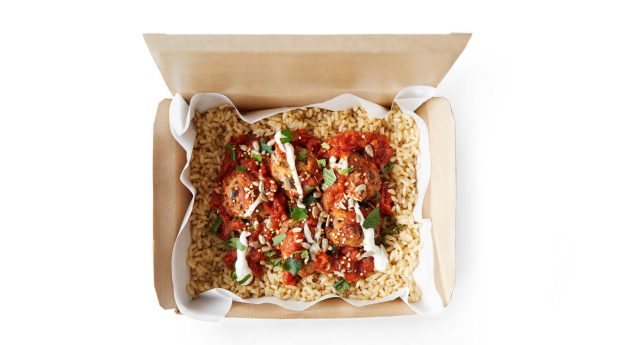 We often get excited to hear about a restaurant adding more vegan dessert options to the menu, only to find out that it’s a variation on sorbet or fresh fruit, so it’s exciting to hear that Leon is offering up not one, not two, but seven new sweet vegan treats.

The cake cabinets at Leon restaurants will soon be filled with baked goods from London patisserie Rubys of London, who specialise in creating artisan baked vegan goodies. 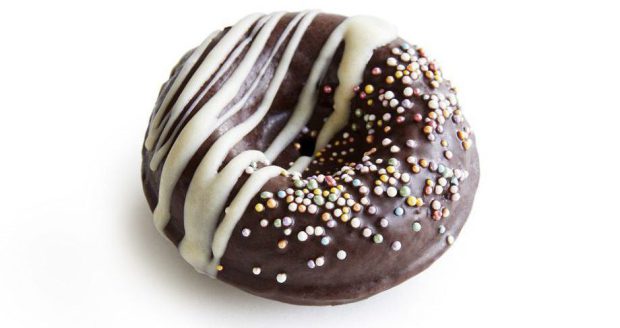 Leon’s current vegan options include breakfast dishes like ‘The Ruby Red Porridge’, which is made with cashew milk and organic oats, and Toast of the Town, a slice of wholemeal toast served with cinnamon and date butter.

For lunch, vegans can tuck into a falafel wrap, a selection of hearty, veg-packed salad bowls as well as sides like their famous baked fries.

There’s also a selection of 11 drinks which are suitable for vegan customers, including kombucha and fruit juices, as well as a select number of house-made beverages and a vegan millionaire’s slice.

The new vegan options will be available at Leon restaurants from April 5th.