Popular online vegan supermarket TheVeganKind is looking for investors to help take the business to the next level as demand for vegan products soars.

Award-winning vegan e-commerce business TheVeganKind is seeking investors to help with its expansion so it can continue to help make plant-based living easily accessible for all.

The company initially launched as a popular subscription box service so vegans could get their hands on vegan products more easily, but it soon expanded to operate as an online supermarket selling thousands of vegan and plant-based products.

In the UK, veganism has quadrupled in the last 4 years to make it the fastest-growing lifestyle, with innovation in the sector booming. But it’s not just vegans who are interested in vegan food as 92% of plant-based and vegan meals eaten in Britain were eaten by non-vegans in the past year.

In fact, the UK launched more vegan products than any other nation in the world last year, something TheVeganKind is well aware of. Last year the company moved to a new 13,000 sq ft warehouse in order to have more space to stock over 4,500 100% vegan products to meet the soaring demand from customers seeking plant-based products.

In 2019 alone, the business has shipped over 130,000 orders and has experienced “overwhelming growth due to consumers in the UK and beyond wanting more choice and easy access to vegan and plant-based products” since its launch in 2013.

Now the leading online vegan retailer has announced that they are launching a crowdfunding campaign with Seedrs to expand the business even further.

TheVeganKind has amassed a turnover of £5.6m to date and boasts an engaged social following of 500,000 making it an attractive business for potential investors to get involved with. 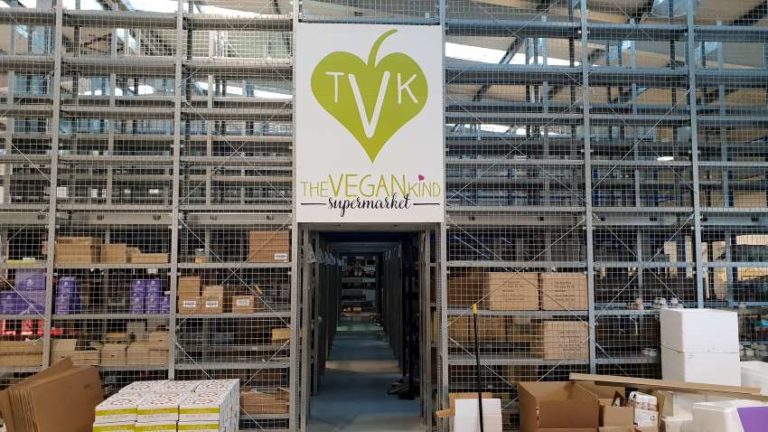 In a statement sent to Vegan Food & Living, Co-Founder and CEO, Scott McCulloch, said, “We completed a successful rewards-based crowdfunding campaign at the back end of 2018 and we got lots of questions asking when we would be doing an equity raise and when customers could buy shares in TheVeganKind.

“We are delighted to announce that the time has now come. Our community is at the heart of absolutely everything we do and we are completely focused on improving access to a vegan and plant-based lifestyle. The support that we’ve received to date is nothing short of extraordinary and we can’t think of a better way to say thank you than to give our community a chance to join us for the next step of our journey and be a part of the future of food.”

To register for exclusive early access to the crowdfunding campaign on Seedrs head to thevegankind.seedrs.com.