The UK could be set to allow animal testing for cosmetics after a 23-year-long ban. But the cosmetics industry is not giving in without a fight.

As most vegans and cruelty-free crusaders will know, animal testing for cosmetics has been banned in the UK since 1998.

This move made the country a leader in the fight against animal cruelty, and its continued commitment to the ban showed dedication to acknowledging animal rights.

Following in the UK’s footsteps, subsequent bans were introduced across the whole of the EU in 2004 and 2009.

Since then, they have been used as the gold standard around the world and set the precedent for cosmetics testing.

In turn, this has allowed cosmetics products and ingredients to be used safely without subjecting animals to cruel and unnecessary tests.

However, this month the UK government announced that it was considering reintroducing animal testing for ingredients used exclusively in cosmetics.

In a letter to Cruelty-Free International (CFI), the government explained that it was aligning itself with the European Chemicals Agency (ECHA) based on their recent statement.

According to the statement, some ingredients used only in cosmetics ‘needed to be tested on animals to ensure they were safe.’

The Home Office insists that its stance on animal testing has not changed. However, CFI has warned that this action “blows a hole” in the country’s commitment to preventing animal cruelty.

CFI’s director of science and regulatory affairs, Dr Katy Taylor, said: “The government is saying that even ingredients used solely in cosmetics, and with a history of safe use, can be subjected to animal tests in the UK.

“This decision blows a hole in the UK’s longstanding leadership of no animal testing for cosmetics and makes a mockery of the country’s quest to be at the cutting edge of research and innovation.”

Taylor believes that this decision means we may soon have to rely on “cruel and unjustifiable tests that date back over half a century.”

Fortunately, the UK cosmetics industry is fighting against the government’s decision and is demanding that the country upholds the animal testing ban.

Over 75 companies including Boots, Avon, Waitrose and Co-op have signed a letter to Home Secretary Priti Patel, urging her to rule out new cosmetic tests on animals.

A spokesperson for The Body Shop, said: “We are saddened and angered that the UK Government is open to changing a policy that may result in cosmetics ingredients being tested on animals for the first time in 23 years.

“The Body Shop was the first global beauty brand to fight on this issue. We successfully campaigned to ban animal testing in cosmetics in the UK in 1998. Our commitment to ending this unnecessary and cruel practice remains at the heart of our company to this day.

“We urge the Government to consider their position and do the right thing.” 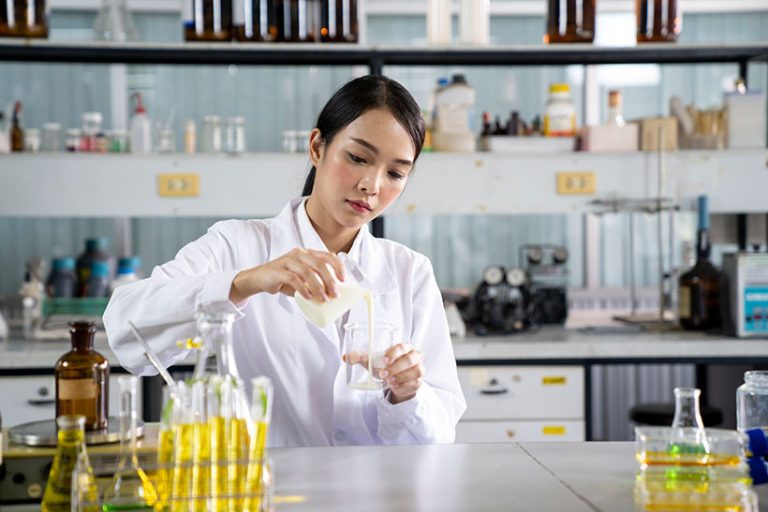 New technologies such as computer modelling, cell cultures and other in vitro techniques can all be used instead of animal testing

An archaic method of testing

Recent innovations in the scientific field have made using animals to test the safety of products unnecessary. So why is this archaic method still being used?

Unfortunately, the short answer is that it is cheap. Animals such as rabbits and mice are much more economically viable test subjects than newer alternatives.

Computer modelling, cell cultures and other in vitro techniques are all costly alternatives, although vitally needed.

However, it is baffling that animals are even still considered to be reliable test subjects. While humans share a significant proportion of DNA with mice, history has seen disastrous consequences when products deemed safe for use on animals were then used on humans.

It’s about time that the archaic practise of animal testing was eliminated for good, not brought back into the modern era.

Want to learn more about the cruel practice of animal testing?