Byron is now offering a plant-based alternative to mirror all its original signature beef and chicken burgers...

Byron has doubled its vegan offerings after partnering with renowned brands Meatless Farm and Beyond Meat.

Following in the footsteps of other fast food chains expanding their vegan ranges (including McDonald’s vegan options and Burger King’s vegan options), the UK food chain will now offer a plant-based alternative to mirror all its original signature beef and chicken burgers.

Byron’s new vegan menu, which will be a permanent feature for the chain, includes: 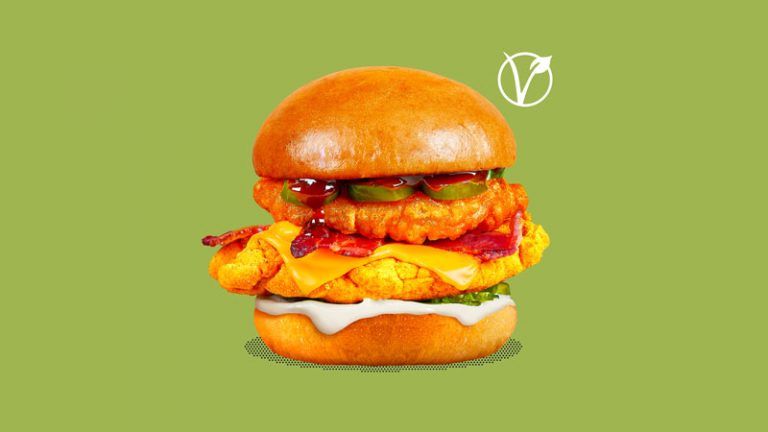 “That’s right, you can now make EVERY. SINGLE. BYRON BURGER VEGAN! Even our signature Byron sauce now has a vegan avatar!” the eatery wrote on its website.

“Whether you are a dedicated vegan, dipping your toe into this way of life, or simply want to indulge on ‘Meatless Monday’, with Byron Burger you don’t need to miss out on our lip smacking, crave-worthy treats any day, any time”.

Byron has also committed to price parity, meaning its vegan burgers cost the same as its animal-meat counterparts.

Recent research from Global management consultant firm Kearney shows taste, mentality and price are the foundations for the plant-based meat industry to succeed.

However, it says the category won’t achieve its ‘full potential until alternative protein products reach price parity with animal-sourced product’.

It also discovered that for every one percent decrease in price for plant-based meat products, there’s a three percent increase in market share.

Byron’s vegan menu is available in store or via Deliveroo.

Don’t have a Byron near you? Cook your own loaded vegan burger at home instead with our choice of 23 epic vegan burger recipes