Following months of campaigning by PETA, Thomas Cook has suspended its online promotions of SeaWorld. 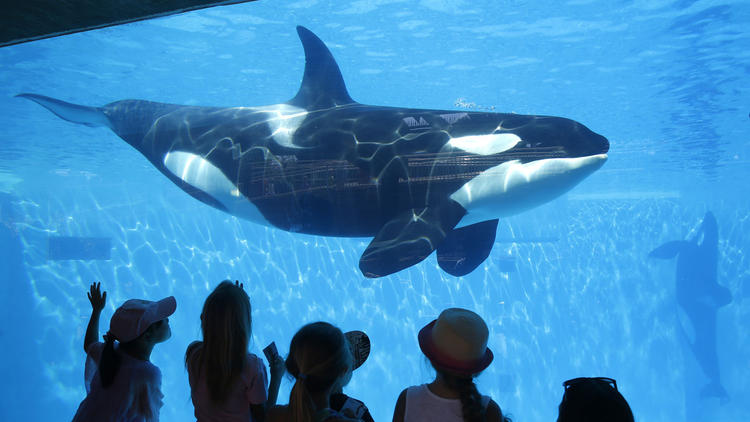 Following months of campaigning by PETA, Thomas Cook has suspended its online promotions of SeaWorld. This is a step in the right direction, but the company must go the whole way by dropping all ticket sales to the marine park if it’s to be an industry leader in animal welfare.

Orcas are highly intelligent animals who live in large, complex social groups and swim up to 140 miles a day in the ocean. At marine parks such as SeaWorld, they’re confined to tiny concrete tanks, where they’re deprived of physical and psychological stimulation and forced to spend their days swimming in endless circles. At least 41 orcas and dozens of other dolphins have died in captivity at its facilities so far.

By suspending online promotions of SeaWorld, Thomas Cook has shown that it understands that holding orcas captive for entertainment is unacceptable and cruel. PETA has praised this decision, and we’re now calling on the travel provider to end ticket sales to the marine park altogether. In doing so, it would become an industry leader in animal welfare and set the bar high for others to follow.

The park has faced backlash when public perception changed after documentary Blackfish exposed the truth about the life of wales and marine animals in captivity, and saw sales fall by 16% in 2017 compared to the previous year.

A spokesperson for Thomas Cook said the company ‘has taken steps’ to remove promotional material including adverts, social media promotional campaigns and blog content across its websites and social media channels, adding: “This is in line with our animal welfare policy.”

The move follows a similar move made by Trip Advisor in 2016 where the company – and its sister booking company Viator – announced that tickets to “hundreds of animal attractions where tourists come into physical contact with captive wild animals or endangered species” will no longer be available through their website, in a bid to improve animal tourism and wildlife conservation.