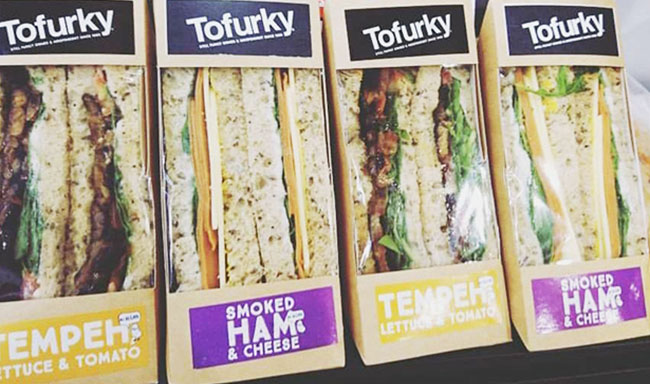 “The massive growth in veganism and meat reduction in the UK, coupled with almost no vegan options in the Grab and Go market, make this a perfect time to launch a range of Tofurky sandwiches in the UK,” Tibbott told VegNews.

Prior to launch, the company is conducting a customer survey to determine the most sought-after sandwiches customers desire—choices include Tempeh Bacon, Lettuce and Tomato; Buffalo Tofurky Chik’n Baguette; and Tofurky Ham, Cheese, Lettuce and Tomato.

Tofurky is currently working with a British wholesaler and several new product development teams to bring its prepared sandwiches and salads to cold cases across the United Kingdom, in addition to actively exploring retail opportunities for Tofurky’s sandwiches in the United States.