Fray Bentos, a British company known for its range of tinned meat pies, has won an award for its second vegan pie offering. 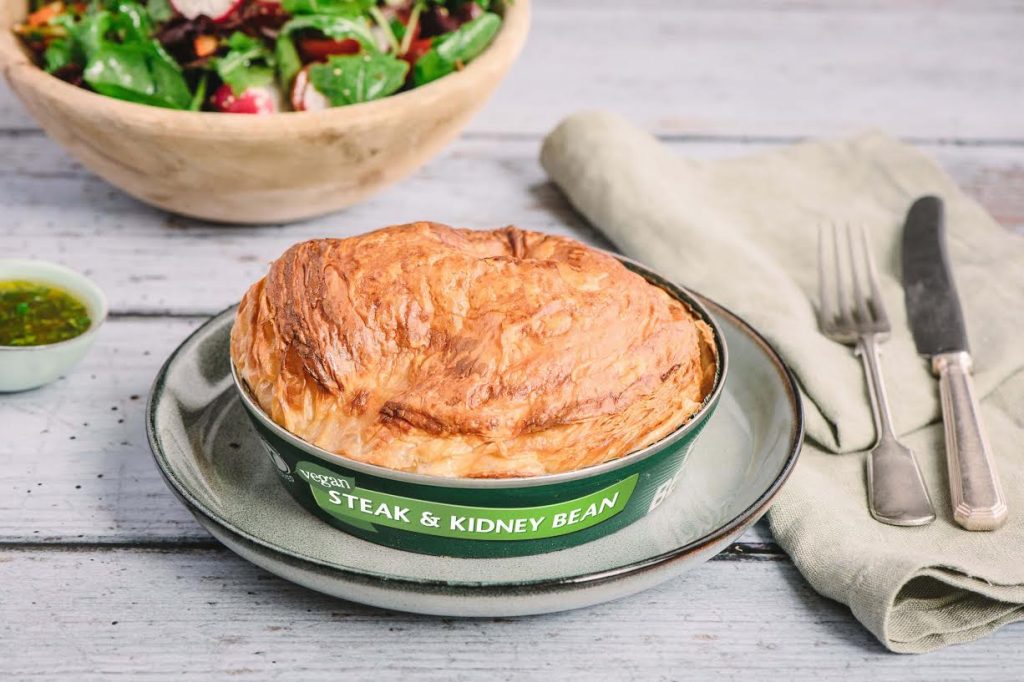 Fray Bentos, a British company known for its range of tinned meat pies, has scooped the top prize at PETA’s Vegan Food Awards 2019 in the Vegan Pie of The Year category for its new Vegan Steak & Kidney Bean Pie.

The limited-edition pie is a delicious vegan twist on the classic steak pie and the brand believes it is “perfect for vegans looking for a festive treat or a delicious indulgence this Veganuary.”

Fray Bentos has been expanding its range to include more vegan options with the launch of its first vegan pie, the vegan-friendly Vegetable Balti pie, earlier this year.

In a statement sent to Vegan Food & Living,  Lorraine Rothwell spoke about the decision to branch into the world of vegan pies, stating: “Statistics show around one in eight of us are veggie or vegan, and when added to flexitarian stats it means there is a third of the population that are choosing to either reduce or remove meat from their diets.

“We have been keeping an eye on the outside world rather than just our sector in the market and that’s why we felt this year was the right time to break into the vegan market, with not one but two vegan offerings.

“So of course we are thrilled not only that people are enjoying them but also with the recognition from PETA – it’s a real triumph for us. We’re keen to have a slice of the action and are confident our new vegan pie is a worthy winner.”

Dawn Carr, Director of Vegan Corporate Projects, PETA, added: “PETA was delighted that an iconic brand like Fray Bentos has brought this innovative vegan steak and kidney bean pie to the table.

“We’re confident it will be a huge hit with the skyrocketing numbers of vegans and flexitarians around the UK, which is why it’s our 2019 Vegan Food Award winner for Best Vegan Pie. Stock up for the apocalypse!”