The UK’s first vegan sweet shop is opening this summer 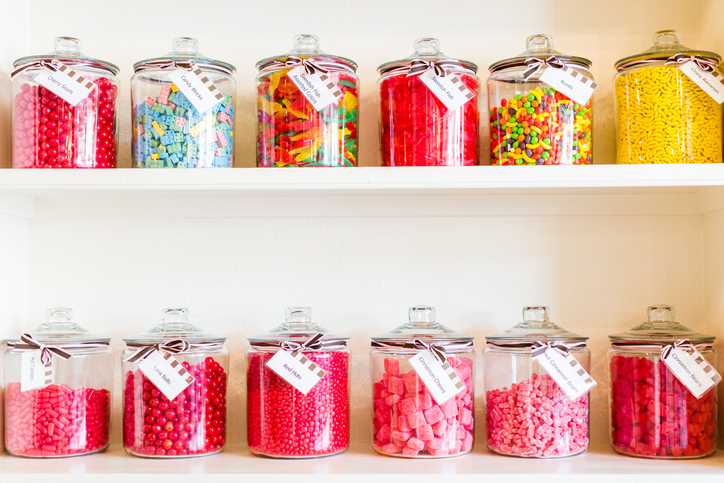 The new vegan venture is the brainchild of chocolatier Adele Ralston, who is the mastermind behind nostalgic vegan confectionary brand Vegan Burd.

Adele is affectionately known as the Scottish city’s ‘Vegan Willy Wonka’ thanks to her tasty creations, many of which are vegan versions of traditional childhood treats. Not only are Ralston’s bars delicious, each is named after their non-vegan counterparts in hilarious tongue-in-cheek style. Instead of a Bounty bar, vegans can enjoy Ralston’s ‘Yer Bound Tae’, whilst her vegan Kit-Kat is called ‘A Wafer A Break’. 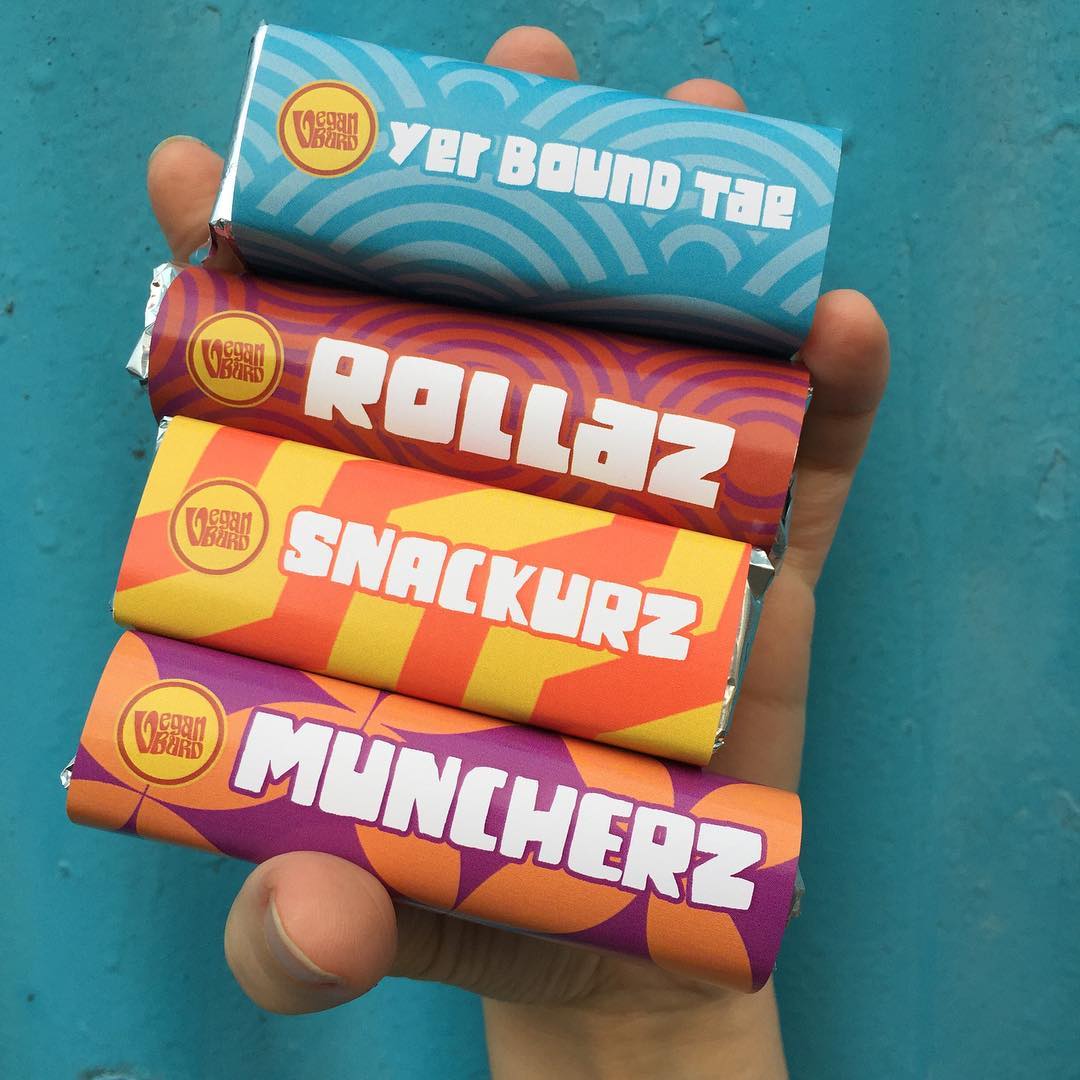 Ralston says the “Vegan Burd thing” was born out of a desire to show people just “how easy and normal vegan food is.” This led her to create her range of “nostalgic” vegan chocolate bars. The business What was once a  hobby quickly turned into a full-time time job.

“It has been one of the best, most stressful and rewarding things I have ever done – full of highs and lows on an unpredictable rollercoaster of emotion and all-nighters,” she says. “ I bloody love what I do and I wouldn’t have it any other way.”

Previously available at places such as Rose and Grants, Quality Vitamins and Herbs and Gordon Street Coffee in the city, Ralston has decided to open her own shop to sell her popular treats to the city’s sweet tooth vegan community directly. 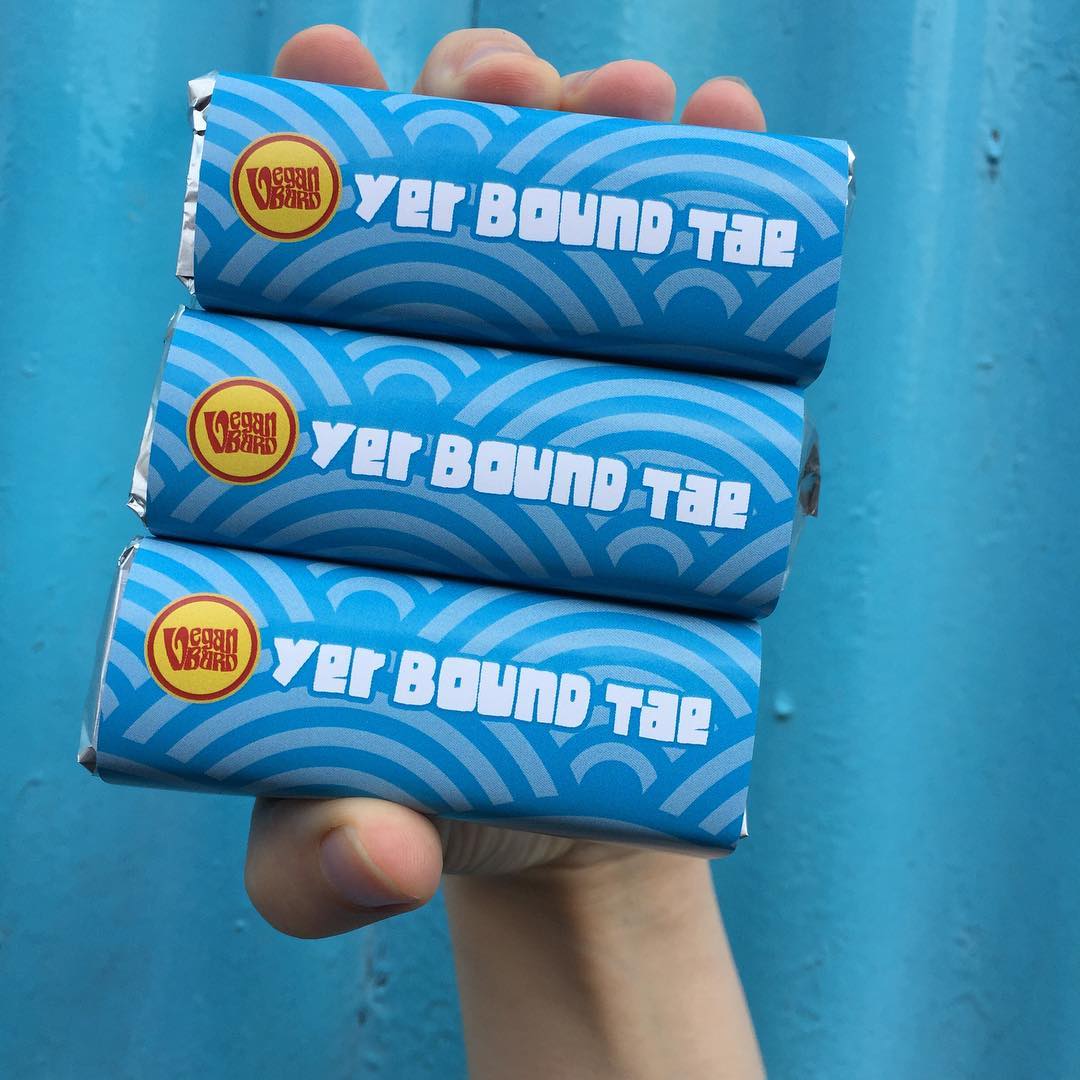 Speaking about her decision to open up her own retro sweet shop, Ralston said: “I get so much joy from making people happy with my junk food and it makes my day when someone places an order to post surprise chocolate to their pal, or when someone comes up to me to declare their love for my bars.”

“From the beginning my dream has been to have my own shop – a place for people to come and buy my treats and maybe hang out for a gab and a cup of tea. So I’m making it happen.”

In order to fund the venture, Ralston started a crowdfunding campaign. As an incentive, contributors to the crowdfunding campaign who helped to make her dream of opening a vegan sweet store a reality had their names placed on the shop wall, as well as an invite to the shop’s launch party this week (June 10th) where they were able to try some new treats before anyone else. 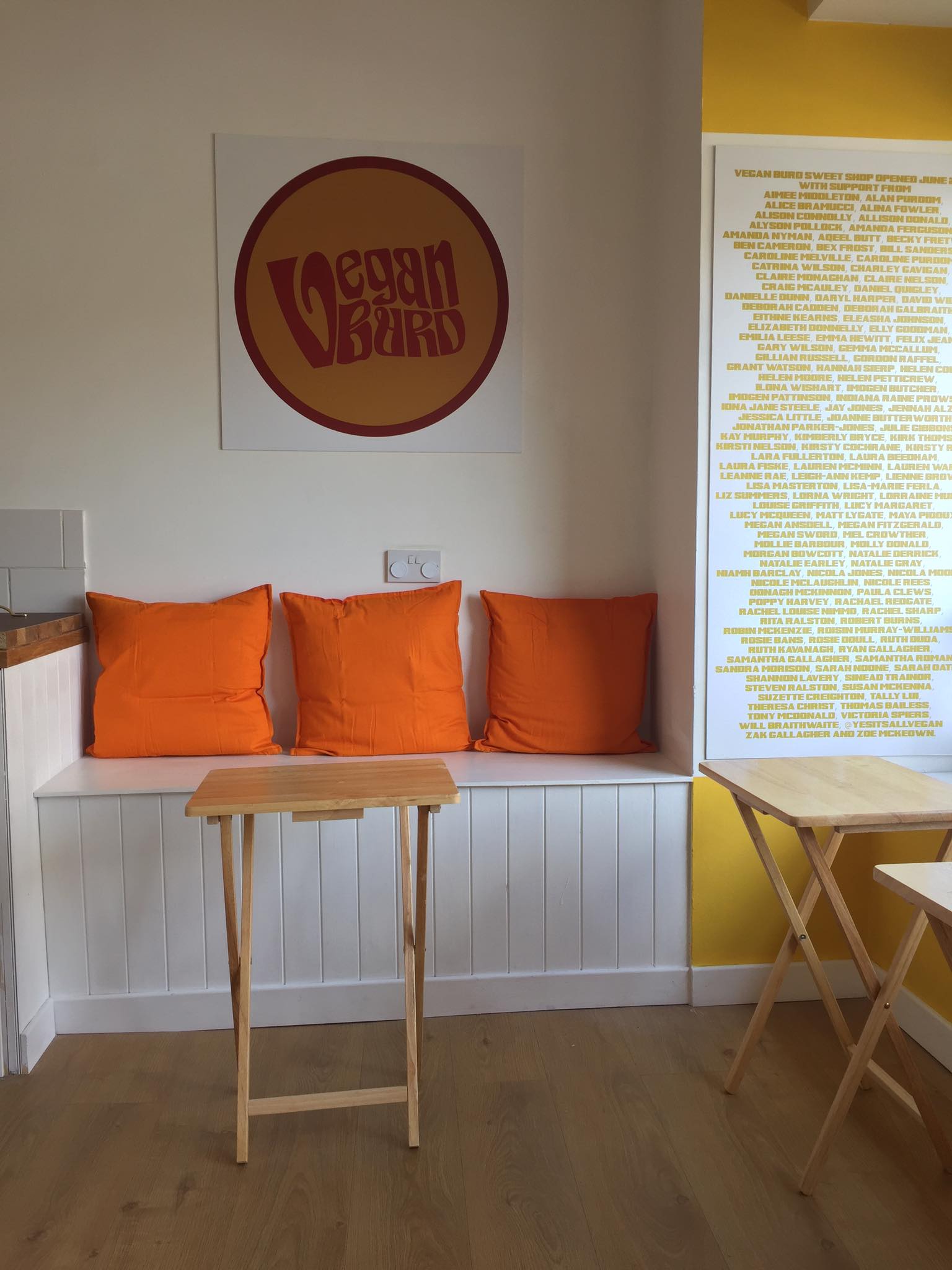 The store, located on Garthland Drive in Dennistoun, will be open for a trial run this coming Saturday, June 16 and Sunday, June 17 from 11am until 5pm, before opening gradually next month.