UK: The Beyond Burger is (finally!) launching in Honest Burgers nationwide this week

The highly-anticipated plant-based Beyond Burger is on its way to the UK as it gets set to launch in Honest Burgers this week. 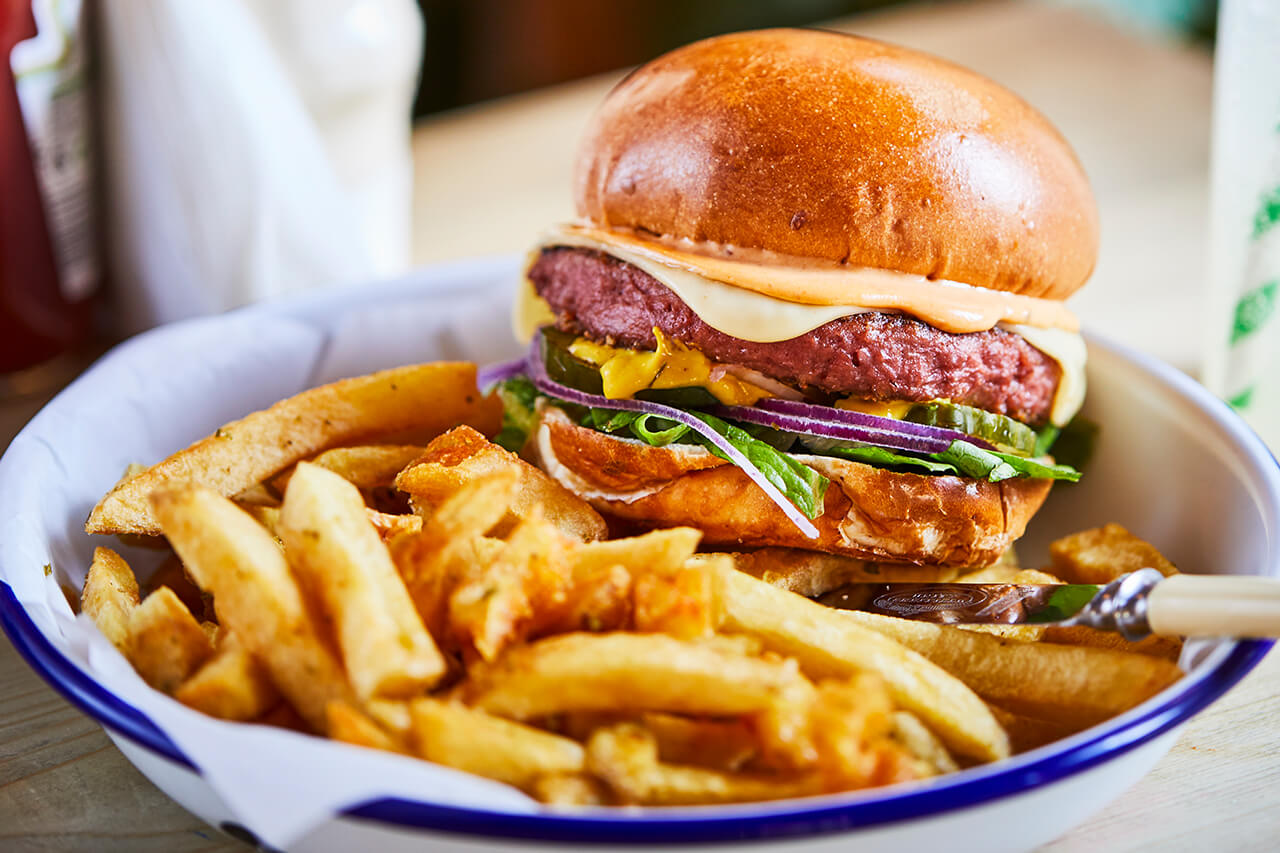 With just weeks to go before its UK launch, we were left disappointed when the UK launch of the much-hyped Beyond Burger was delayed until further notice as short supplies left the brand unable to meet demand.

But thankfully the much-lauded plant-based patty is on its way to the UK as it gets set to launch in Honest Burgers across the UK from this Wednesday after initially being trialled as part of Honest Burgers’ vegan ‘Plant’ burger in the King’s Cross branch in what the company says was ‘a hugely successful exclusive run’.

“In the four months the Plant was available at King’s Cross, Honest found that around two-thirds of its Plant customers were vegetarians and vegans (some travelling hundreds of miles to taste the burger) and a third were meat-eaters looking to ‘flex’ towards a more plant-based diet,” stated Honest Burgers.

Honest Burger will be serving up the vegan burger from Beyond Meat with vegan smoked Gouda, Rubies in the Rubble Chipotle ‘Mayo’, mustard, red onion, pickles, lettuce, making for a mouth-watering meal. The Plant Burger comes with a side of the burger chains famed homemade rosemary salted chips and is priced at £11.50.

Discussing their excitement at being the first restaurant chain in the UK to serve the plant-based patty, co-founder of Honest Burgers, Tom Barton, said: “We work hard to make sure our burgers are the best possible quality. Last year that meant becoming the first and only burger chain in the UK to open its own butchery. Going forward that means serving the best meat and plant-based burgers side-by-side.

“There are a lot of new plant-based burgers on the market but the Beyond Meat patty is hands-down the best – it has a great bite, a tender texture and sears like meat. And unlike many of its competitors, it’s gluten-free and uses no GMO ingredients.”