Tesco releases a vegan Margherita pizza in its own-brand range

UK supermarket giant Tesco has released a vegan Margherita pizza in its own-brand range, priced at £3.50. 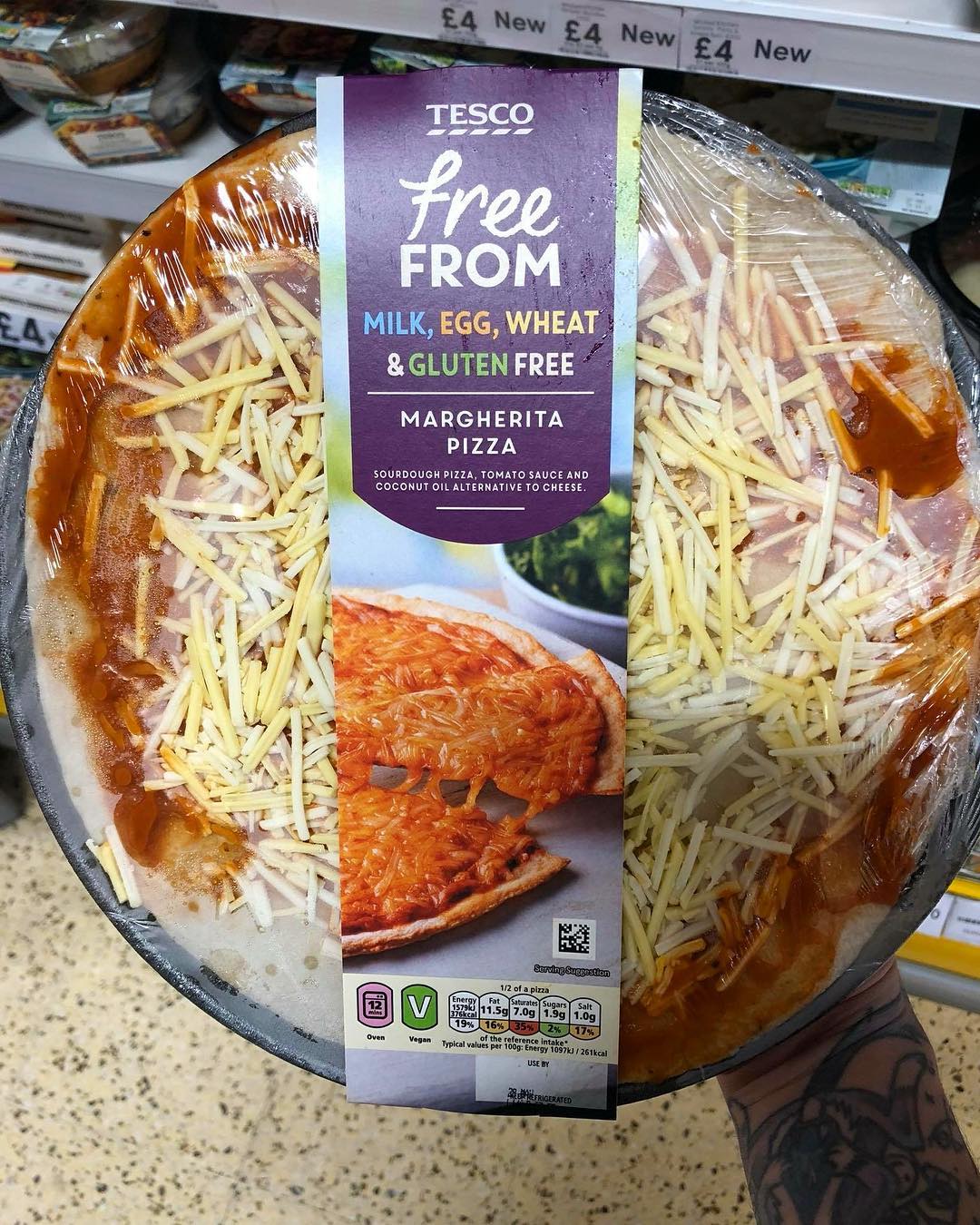 The new dairy and gluten-free offering is described by Tesco as a “sourdough pizza, tomato sauce and coconut oil alternative to [dairy] cheese,” and is perfect for those will allergies or intolerances as it contains no milk, wheat, egg, gluten, or other animal products.

The product, which is reasonably priced at £3.50, is also clearly labelled as vegan, saving hungry vegans time spent reading the label in stores.

“OMG WHAT! Just saw this in the vegan UK Facebook group. Has anyone tried one yet?! Apparently £3.50 in the chilled vegetarian section!”

The retail giant has been ramping up its vegan offerings in recent months, and has been adding lots of delicious new vegan options to supermarket shelves.

In the past year, Tesco has seen demand from customers for frozen meat-free foods has increased by more than 70%, while sales of chilled vegetarian ready meals and meat substitutes are up 30%.

In January the supermarket giant partnered with pioneering chef, Derek Sarno, to create ‘Wicked Kitchen’ – a new range of irresistible plant-based ready meals and sandwiches that celebrate everything that’s ‘wicked’ and tasty about plants. Prepared exclusively for Tesco, the new range was launched in 600 stores nationwide.

This week, the supermarket became the first in the world to sell a 100% plant-based steak in more than 400 supermarkets nationwide. The company is also currently in talks to become the first UK stockist of the Beyond Burger.