‘Tis the season for festive lunch breaks as Tesco launches its new range of Christmas sandwiches including a vegan ‘Festive Feast’ wrap. 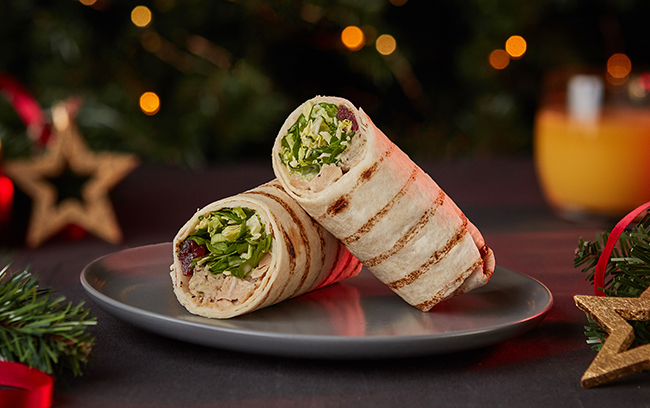 Hot on the heels of the launch of its huge new affordable vegan range, Tesco supermarket has announced the new festive sandwiches that will be hitting shelves later this month.

Launching in stores on 28th October, a new festive sandwich will be joining the Wicked Kitchen range in the form of the Festive Feast Wrap (£3), a new addition for 2019.

Described as a “wicked vegan alternative to the classic Christmas sandwich”, it is filled with pea protein “turkey”, parsnips, crisp greens, traditional sage and onion stuffing with cranberry and creamy vegan gravy mayo all wrapped up in a soft, grilled tortilla.

In 2018, the supermarket launched its first vegan Christmas sandwich in the form of a Bubble and Squeak Roll which was filled with bubble and squeak fritters and braised red cabbage.

Supermarkets are continuing to develop their lunchtime options for vegans with the likes of Waitrose offering a vegan smoked ‘salmon’ sandwich and Pret A Manager announcing it will be launching a new range of vegan sandwiches and wraps inspired by its most popular sandwiches.