Tesco has launched a vegan sausage roll to compete with Greggs 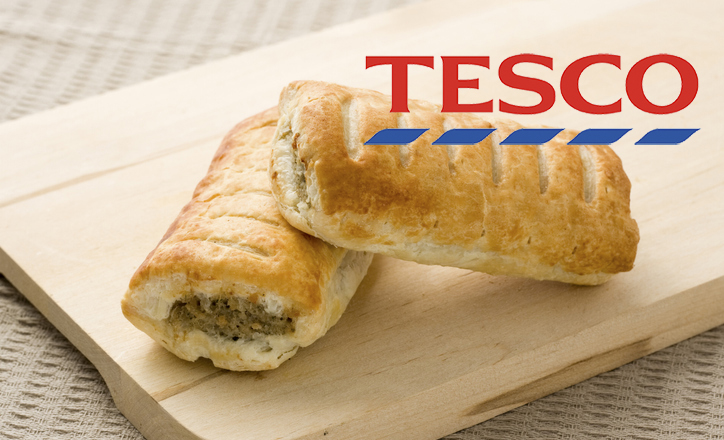 There have been thousands of vegan products in recent years, but few have caused such a stir as Greggs’ famous vegan sausage roll, which quickly became the company’s fastest selling launch in more than six years.

For years, vegans and vegetarians begged the high-street bakery chain to offer a meat-free version of its popular sausage roll, and in January our dreams finally came true when the company released a vegan sausage roll made with a bespoke Quorn filling.

Keen to give customers more of what they want, Tesco supermarket has just released its own version of the product with the launch of its very own vegan sausage rolls in its in-store bakeries.

The vegan sausage rolls are wrapped in a vegan puff pastry and filled with a soya-based Lincolnshire-style sausage seasoned with sage and onion and are priced at 75p, making then a cheaper treat than Greggs’ offering.

The new tasty vegan treat is available now in 624 stores across the UK from in-store bakeries at a cost of 75p.