The UK’s largest supermarket chain, Tesco, has announced that thanks to ‘soaring’ demand for vegan products, they will be increasing the number of festive vegan and vegetarian food products available in stores. 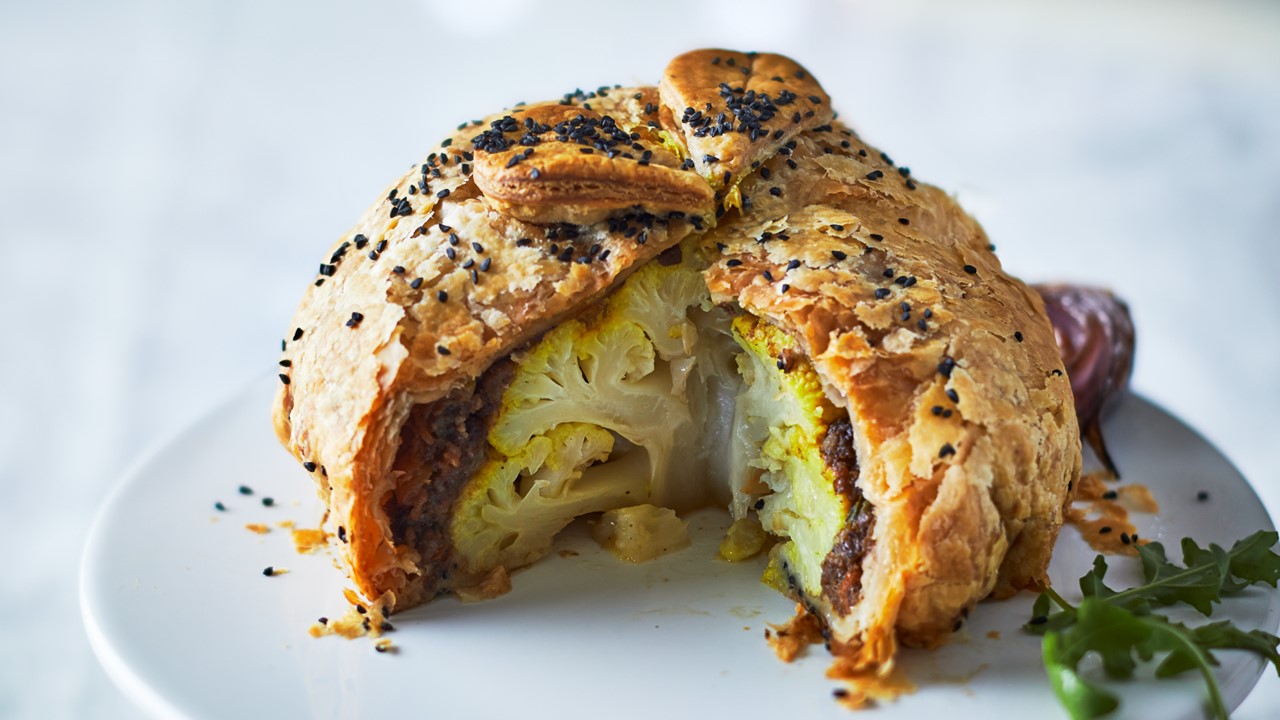 Tesco is on a mission to offer more plant-based food products to its customers. Part of these plans including hiring renowned plant-based chef Derek Sarno from Wicked Healthy as its Executive Director of Plant Based Innovation. Derek Sarno, who is known for his love of mushrooms, is currently working with suppliers, farmers and vegan chefs to create delicious and exciting new vegan foods that will be hitting stores in 2018.

But what are the festive vegan products available in stores we hear you cry? Well there’s tasty options like the Turmeric Spiced Cauliflower Wellington if you’re looking for something to take pride of place at your Christmas feast, as well as a sumptuous Pecan and Peanut Roast with maple-roasted carrot and parsnip.

Discussing the new festive offerings, Sarno said: “These are changing times and vegetable dishes have now become centrepiece heroes in their own right on dinner tables up and down the country.

“We think that our Portobello Mushroom Wellington is so delicious that it may tempt diners to try something different this Christmas.

“This year, Tesco’s Christmas campaign celebrates the many ways we come together at Christmas, and with the quality of vegetarian and vegan food now so good there may even be squabbles across the dinner table over who gets what.”

The festive vegan offerings are just part of Tesco’s big plans to offer more vegan products to customers in stores.

According to the company, “Tesco has been catering for the increasing amount of vegan customers throughout the year and is offering its biggest ever range of vegan products.

“It recently increased its range of dairy free cheeses to nine and among the new additions are a melty red Leicester for cheese on toast, Mozzarella to top pizzas, a jalapeno Cheddar, a blue cheese, and Cheddar.

“It has also launched eight new milk free desserts to cater for vegans.”