A brand new plant-based cafe has opened in Swansea, Canteen 18, with a healthy menu that aims to cater to all people, vegans and non-vegans alike, and not by just simply imitating meat-based products, but by creating their own innovative dishes… 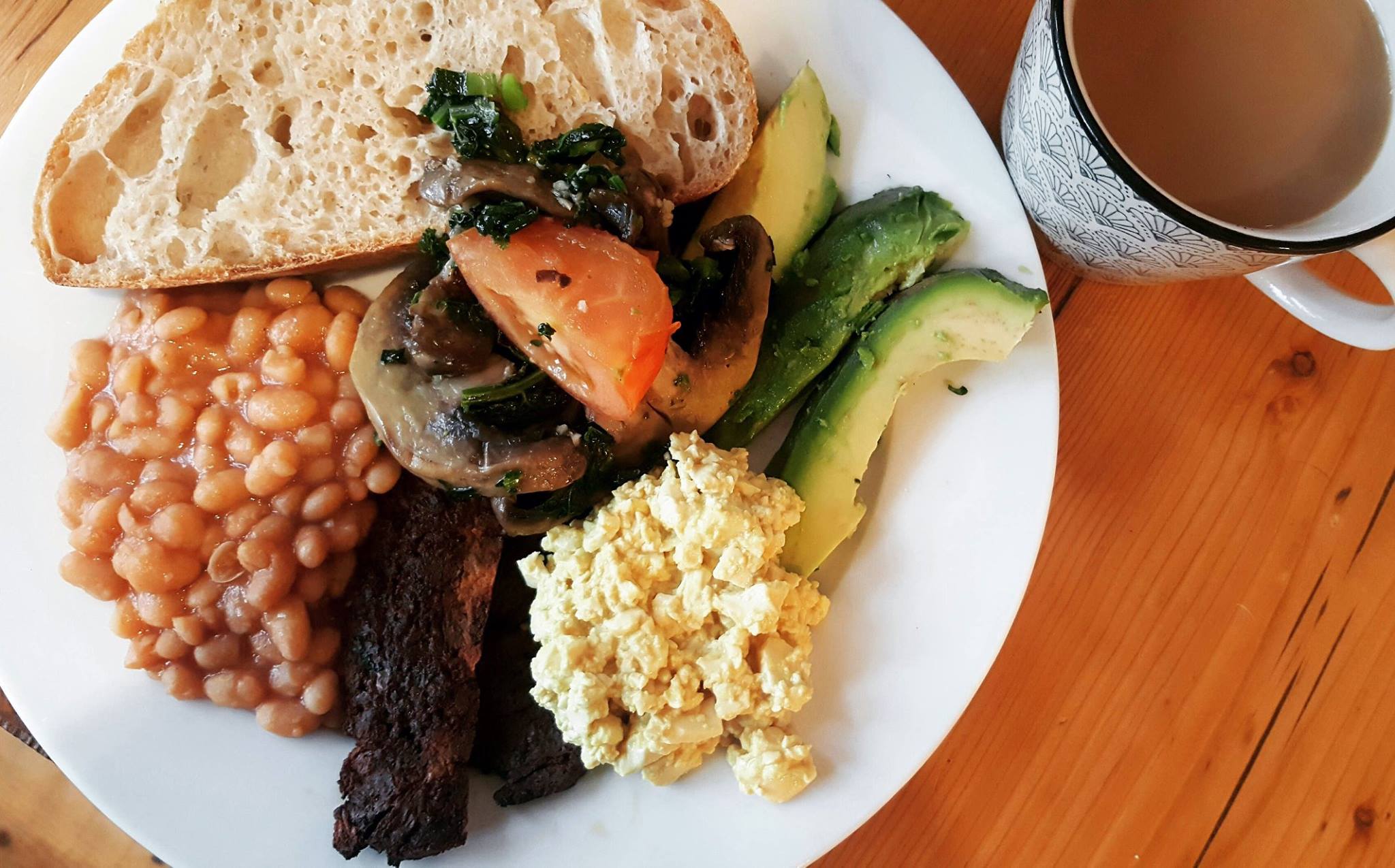 The new vegan cafe was launched by owner Felicity Parkin who, having previously worked in a nearby vegan cafe, said that the thought of returning to cooking meat again awakened the entrepreneur in her.

“I had a fantastic job in a vegan cafe down the road, but it closed,” she explained.

“I didn’t want to go back to cooking meat, so I took the plunge. We only opened last Friday, and the support from the local vegans and the Vegan Society has been amazing. Lots of the locals have been so supportive.” 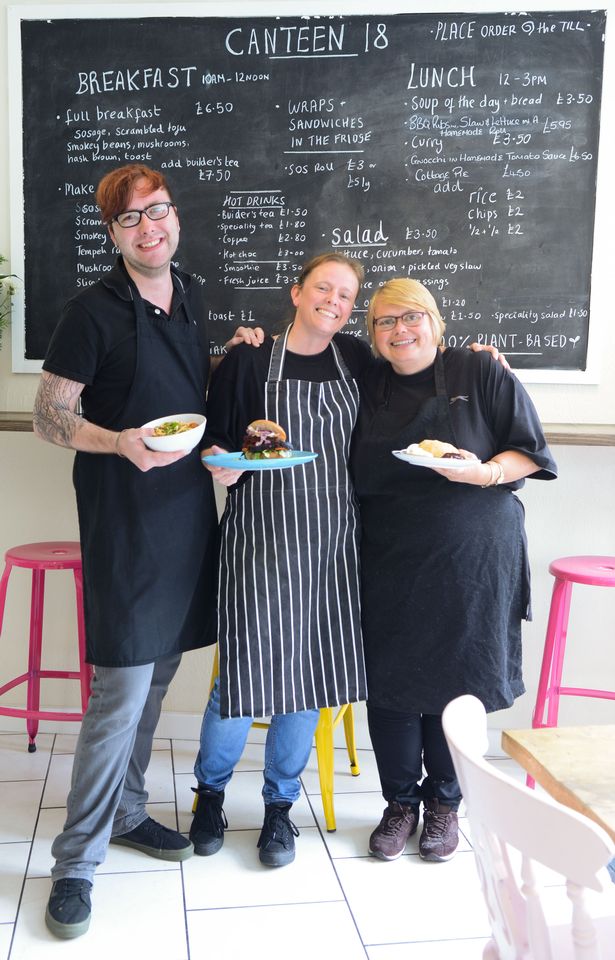 The cafe’s menu changes daily, with regular dishes including reasonably price items such as: 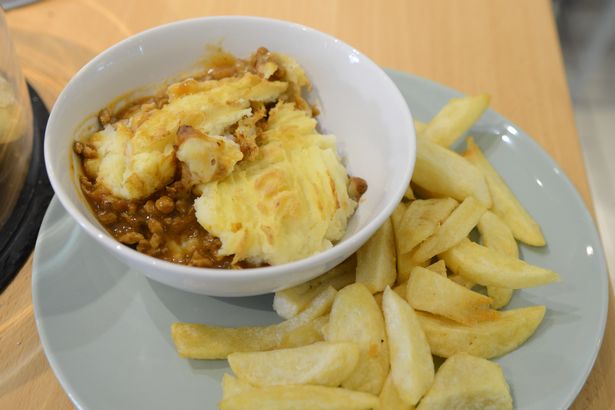 If you’re wondering what to try, owner Felicity has some suggestions.

Speaking to Wales Online, Felicity says: “A lot of people like a breakfast. I’d recommend trying a shepherd’s pie, the fresh juices, and there are lots of beautiful curries. There is so much choice.

“Strict vegans are increasingly conscious of where things are sourced from — even their toothpaste is vegan.

“Then there are the students, who like things with chips. And the yoga people, who want a salad with a bit of thought put into it — you can’t just put an iceberg lettuce in front of them.” 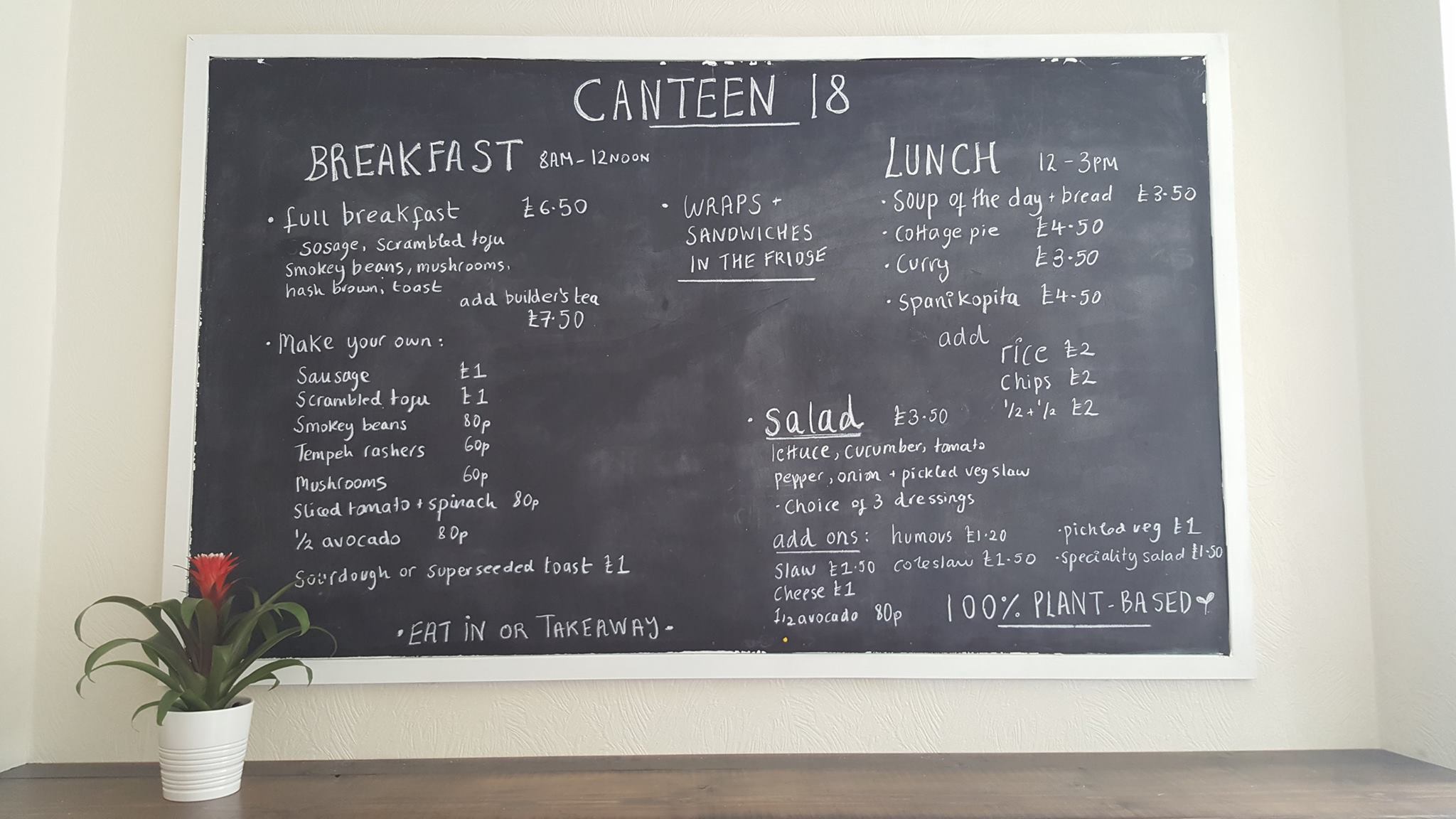 Where can I find Canteen 18?

The cafe is open from 10am until 4pm, Wednesdays to Sundays. Breakfast is served until noon, with lunches until 3pm and coffee and snacks until 4pm.

Show your support for Canteen 18 and give them some love on Facebook.