Subway UK has announced the launch of a new vegan-friendly signature wrap. 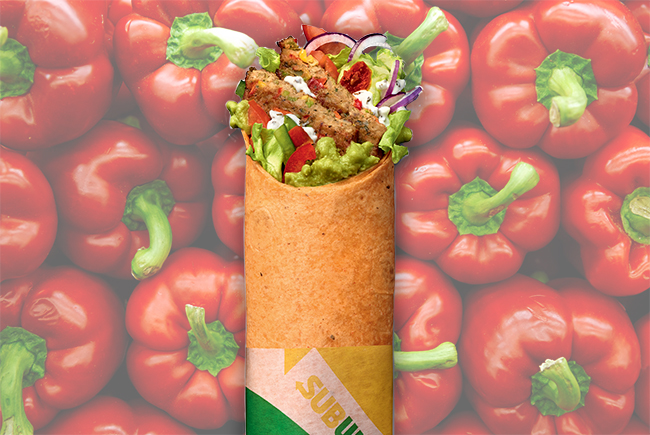 Following on from the recent release of its first ever vegan sub, Subway UK has announced it has launched a new vegan-friendly signature wrap.

The loaded wrap features a double-portion of the companies spicy vegan patty, along with a generous helping of salad and a good dollop of your favourite vegan sauce – all wrapped up in a soft Tomato Basil Wrap.

Vegans will be pleased to hear that not only can they grab the new wrap or vegan sub on the go, but much of Subway’s existing menu is already suitable for vegans.

“Whether you’re veggie, vegan, flexitarian or just fancy a meat-free munch, customers may in fact be surprised at how much of the menu at Subway is already suitable for vegans.

“This includes our crave-worthy Hash Browns, seven of our best-selling sauces including BBQ, Sweet Chilli and Hot Chilli, the Italian and Hearty Italian breads, and of course our crunchy salads too. At Subway, you can make it what you want, when you want.”

The new vegan signature wrap is a permanent addition to the Subway UK menu and is available nationwide now.