Switching to vegan cheese could lower your climate impact by 50%

A new study has revealed just how much the dairy cheese industry contributes to climate change, and how choosing plant-based options can benefit the planet.

Often when people think about climate change, cheese doesn’t spring to mind as being one of the main causes.

However, dairy cheeses such as Cheddar, mozzarella, feta, and Parmesan can yield between 6.5 – 12.8kg of carbon dioxide per kilo.

That’s the CO2 emission equivalent of travelling 60 miles on a large motorbike.

A new life cycle evaluation which factors in land use, water consumption, and climate impact, has shown that people switching to vegan cheese alternatives can cut the effect on the climate by 50%.

For example, the plant-based cheese Violife has been shown to create at least 3.7kg less carbon dioxide per kilo than its dairy counterpart.

This study has also come out alongside a national poll in the US defining the damage that dairy cheese has on the environment, which surveyed a total of 2,000 adults.

The results also showed that, while many showed interest in learning about how the dairy industry impacts the environment, 23% admitted they didn’t understand the link between food production and greenhouse gases.

Additionally, it was revealed that 1 in 3 adults do not realise that producing dairy cheese creates carbon dioxide.

Further research from the World Economic Forum revealed that dairy cheese is one of the largest contributors of greenhouse gases.

In fact, the amount of greenhouse gases that dairy cheese produces surpasses that of chicken, pork and eggs.

Moreover, the survey indicates that this information is not widely known, since 35% of surveyors didn’t acknowledge that dairy cheese is one of the most carbon-intensive foods.

Fortunately, there are many vegan cheese alternatives available to buy in the supermarkets these days, meaning that we can still enjoy the tastes and textures associated with dairy cheese with products that are less damaging to the environment.

Director of Sustainability for Upfield, owner of Violife, Sally Smith said: “In the US, Violife vegan alternatives to cheese have less than half of the climate impacts and occupy less than one-third of the land when compared to the same amount of dairy cheese.

“By creating a variety of non-dairy cheese alternatives, there’s something to appeal to everyone. There’s a clear desire for change in the US as shown in the survey results. That gives us hope we can drive the change.” 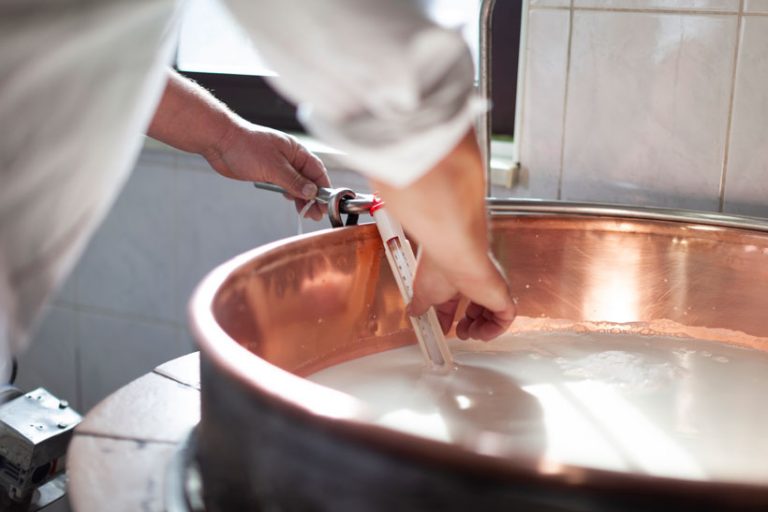 Dairy cheese has been shown to be one of the highest greenhouse gas contributors from the new life cycle evaluation. Image via Getty by CasarsaGuru.

Cheese is one of the products that people struggle to give up or cut down on.

Many put this down to the amount of casein which can be found in dairy products, which has been shown to trigger a part of the human brain linked to addiction.

The survey went on to show that 73% of adults consume dairy cheese three or more times per week.

However, 79% of the surveyors did also admit to feeling guilty for consuming foods with a high carbon footprint, and a further 75% admitted to being worried about the impact food production has on the planet.

Things do look more promising though, with 51% of those surveyed saying they have tried a vegan cheese alternative.