Stella McCartney has announced a partnership with San Francisco-based Bolt Threads to create vegan-friendly silk to use in her fashion pieces. 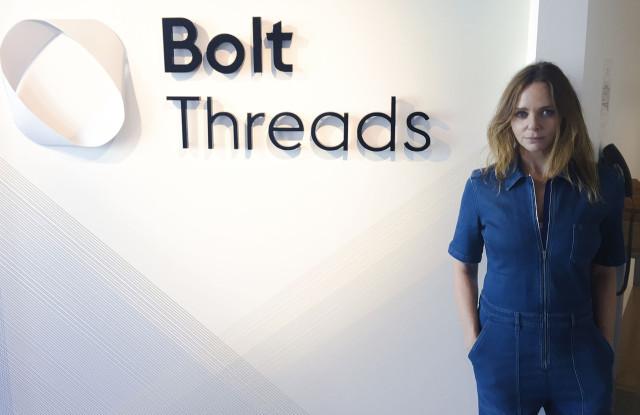 A new partnership has been announced between fashion designer Stella McCartney and San Francisco-based Bolt Threads, a biotechnology that specialises in creating sustainable materials. The firm develops fibres from scratch based on proteins found in nature, as well as clean, closed-loop manufacturing processes. One of the products they make is vegan-friendly silk created from yeast, which will be incorporated into McCartney’s designs.

According to The Trend Spotter, in this pursuit of a “new field of luxury fabrication,” McCartney is planning to use Bolt Threads’ signature spider silk, or Microsilk, “in her mission to reduce the fashion industry’s detrimental impact on the environment.”

“When I first started in fashion design I never thought there would be a day like this, where we would arrive with such an important moment when technology is fused with fashion, one of the most harmful industries to the environment,” said the designer. “Now is the time to search for answers, for alternatives. For me, I’ve always struggled with the use of silk and finding Bolt has been a life-changing and career-changing moment for me.”

Forbes notes that the feeling is mutual as Dan Widmaier, CEO of Bolt Threads, states that ever since the company was founded, they have “dreamt of partnering with Stella McCartney” due to her “unparalleled aesthetic,” coupled with a shared “vision for the future of fashion.” 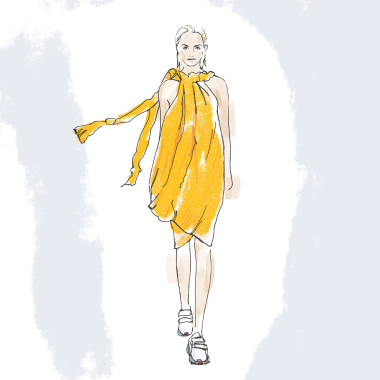 A sketch of a custom dress made from protein-based silk that will be displayed at The Museum of Modern Art.

According to Bolt Threads, the first piece from this promising partnership will be a custom knitted one-of-a-kind, gold dress, made entirely from the below golden Bolt yarn.

It is set to be featured at an upcoming exhibition taking place at the New York Museum of Modern Art on October 1, titled ‘Items: Is Fashion Modern?’

Over half of McCartney’s women’s collection is made from sustainable materials, and the brand is vegetarian. McCartney also recently revealed that her company had formed an ongoing partnership with Parley for the Oceans, an organisation that collects plastic bottles from the ocean and puts them to better use, such as developing Parley Ocean Plastic materials. McCartney is using the ocean plastic yarn on two products: the Adidas by Stella McCartney Parley Ultra Boost shoe and a backpack. She also debuted a range of animal-free leather fashion pieces at Paris Fashion Week last year. Here’s hoping the next material on her list to make animal-friendly is wool!