Vegan diners will now be able to pick up a new grab-and-go vegan bowl in a number of Starbucks outlets in San Francisco, San Diego, Los Angeles, New York City, and Washington, DC. 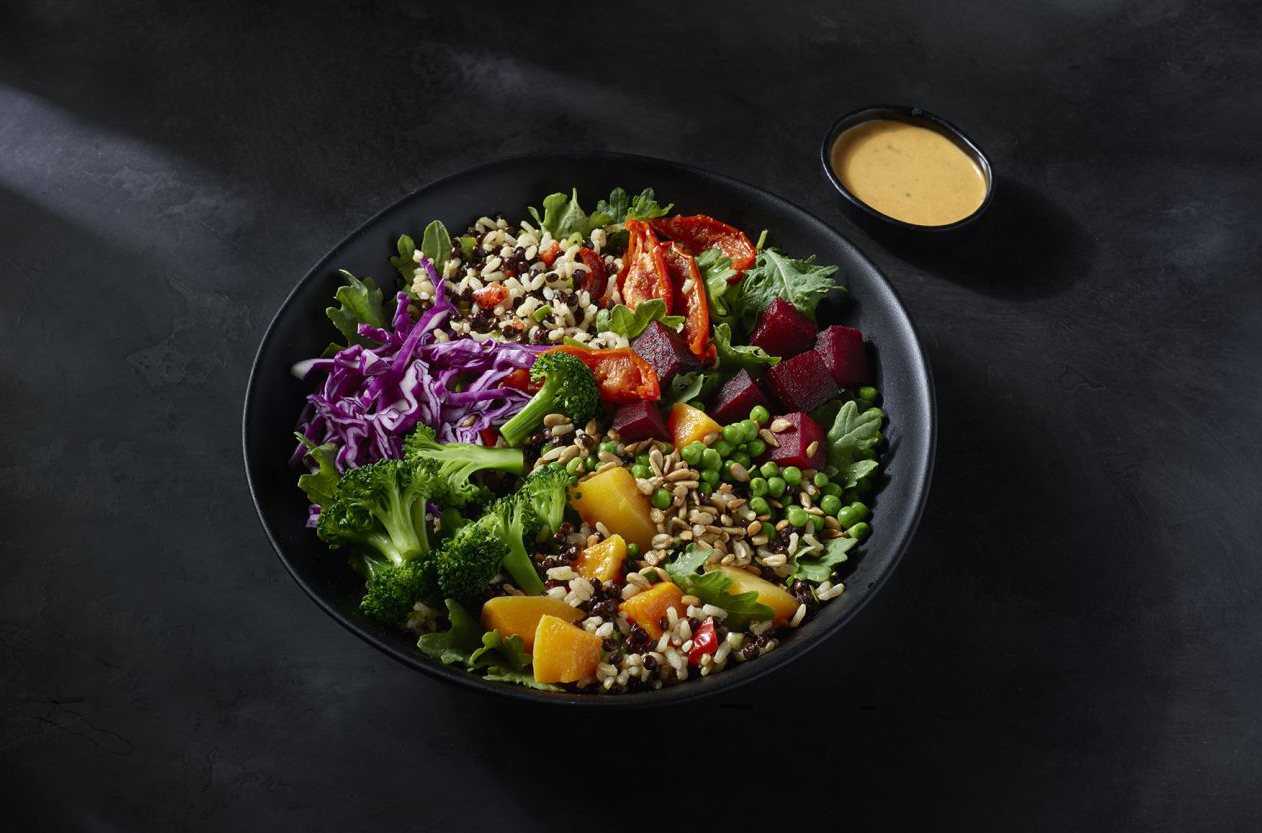 Starbucks are adding to their small but-but-growing range of vegan lunch options in their stores with the launch of a certified-vegan option, a hearty protein bowl of lentils and veggies with a tahini dressing.

“The Vegan Lentils & Vegetables Protein Bowl is made with butternut squash, roasted tomatoes, and sunflower seeds, and served with lemon – tahini dressing. With 23 grams of protein, this new bowl is also an excellent source of protein, and has more than one cup of fruits and vegetables, and is certified vegan. The new bowl replaces the Hearty Veggie & Brown Rice Salad Bowl and will be available year-round at select company-operated Starbucks stores.”

The new lunch option is the latest plant-based option the chain has added to the menu, as they recently added almond milk to all its stores in 2016, as well as recently adding a range of vegan drinks and a vegan breakfast option.

The new dairy-free range features delights such as a colourful drinks range in conjunction with Lady Gaga (the proceeds of which will benefit Lady Gaga’s anti-bullying organisation, the Born This Way Foundation), as well as Teavana Iced Teas and the Cascara Coconutmilk Latte.

“Cascara is extracted from coffee cherries into a syrup, creating a delicately sweet flavour for espresso beverages. The Iced Cascara Coconutmilk Latte marries the inherent sweetness of cascara and pairs it with the lightness of coconut milk and Starbucks signature espresso, creating a light and refreshing espresso beverage perfect for summer.”